A student was left ‘horrified’ after claiming to find an open condom wrapper in the packaging of her new skirt.

However, when the 21-year-old opened up the parcel she claims she discovered the Trojan contraceptive wrapper stuck to it. 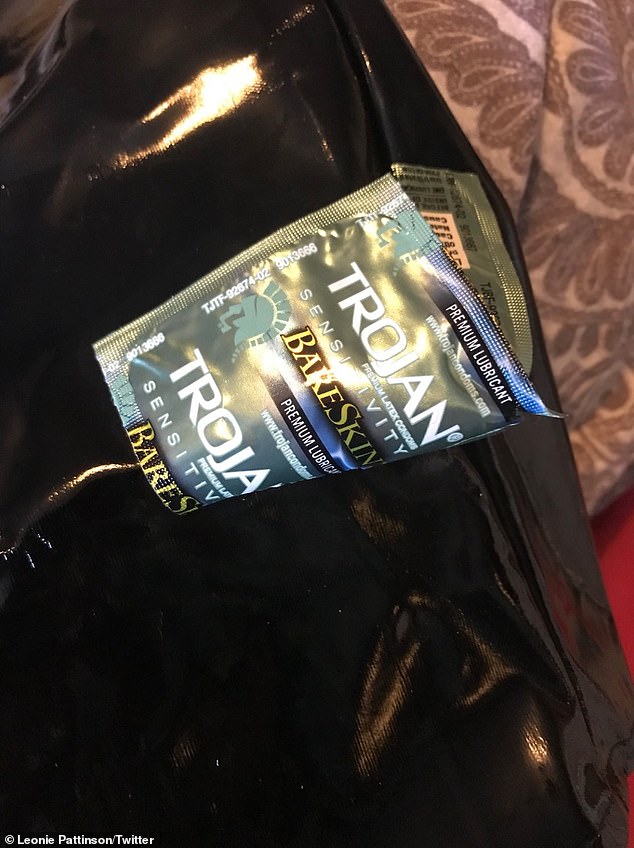 Leonie, who is studying at Keele University in Staffordshire, posted this picture of her new skirt, claiming to have found a condom wrapper in it

Leonie, who is studying at Keele University in Staffordshire, shared a picture of her new skirt on Twitter.

She wrote: ‘I am absolutely HORRIFIED.

‘Just opened my package from @OfficialPLT to find an OPEN CONDOM WRAPPER stuck to the skirt?!?!

‘@OfficialPLT-CS think you need to be more thorough when checking returns and sending products out to people!!!’

Replying to her followers, she added: ‘Honestly couldn’t believe my eyes.’ 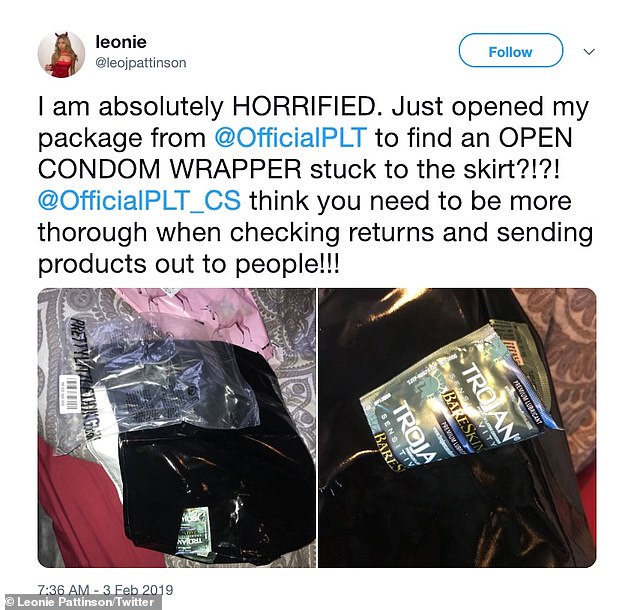 The 21-year-old shared a picture on social media, writing: ‘I am absolutely HORRIFIED’ 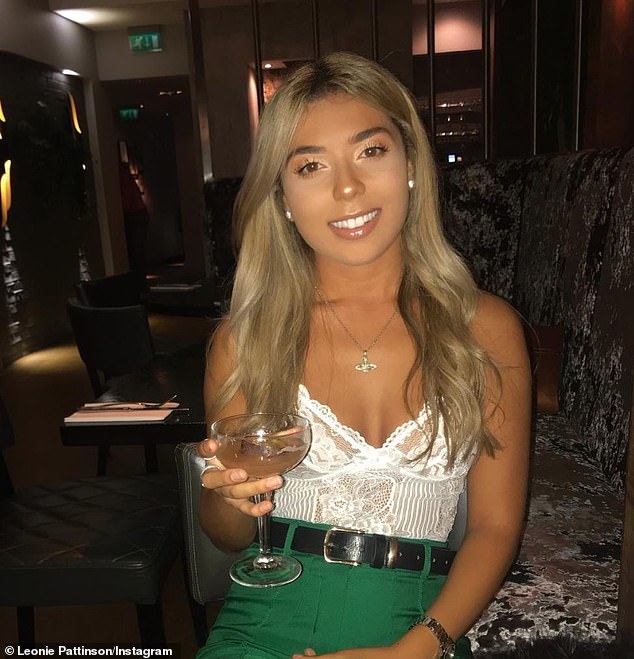 Replying to her followers, she added: ‘Honestly couldn’t believe my eyes’

It isn’t the first time Pretty Little Thing have stirred up controversy on social media.

Last month, a mother from Nottingham slammed the brand for sending her a jumpsuit that was far more revealing than the pictures on their website suggested.

Samantha Ross, 29, said: ‘If I wanted to wear tooth floss I would’ve just contacted Colgate. I’m extremely disappointed in your garments yet again.’

In January, Olivia Browne, 18, from Cardiff, posted a picture of the creased yellow dress she received alongside a picture from PLT’s website with the dress worn by a model on Twitter over the weekend.

Captioning the pictures she wrote: ‘Is this a joke? Thank you for this low quality, unflattering dress that looks nothing like the picture on the website. Really worth the money.’ 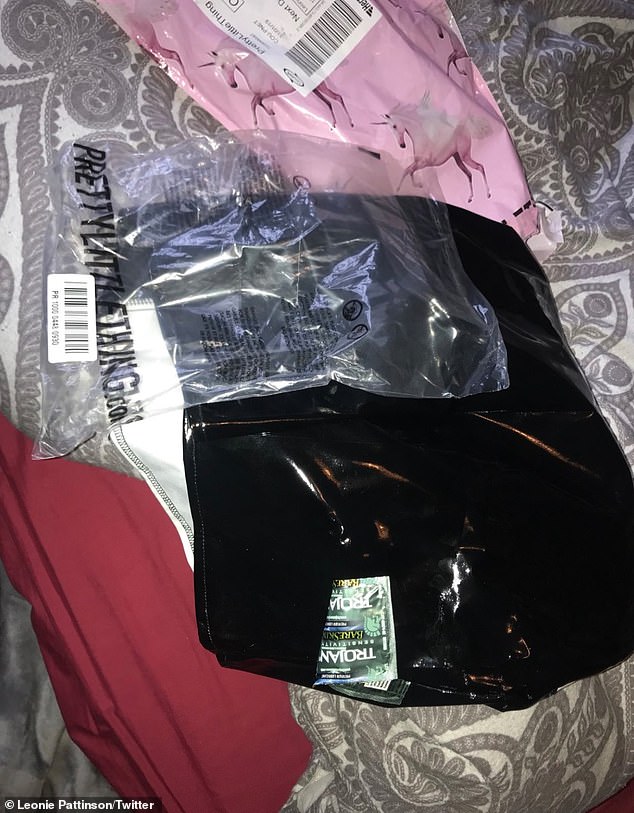 Leonie claims she found the wrapper when she opened the skirt

The student said that she had bought the £20 dress for her boyfriend’s birthday and was hugely disappointed when she opened the package.

And two shoppers have been recently caught out when they ordered jumpers with sleeves so long they stretched down to their knees.

Lauren Tomlinson, 20, shared an image online of herself in the £20 stone loose knit oversized jumper from the online retail giant in a size small.

A picture advertising the garment online shows the loose-fit number still clinging to the model’s body, with the sleeves stopping at her wrists.