Michael Avenatti, the lawyer who has sparred with US President Donald Trump on behalf of an adult film star and has flirted with running for president himself, has been arrested on suspicion of domestic violence. 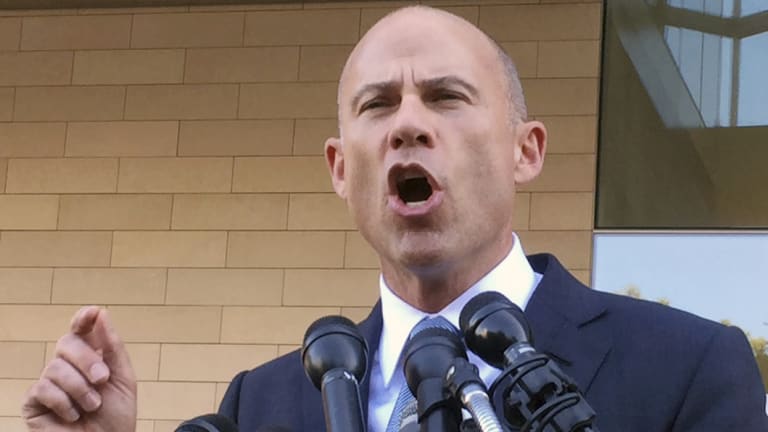 Avenatti praised the department for its "professionalism" while calling the allegations "completely bogus".

"I have never been physically abusive in my life nor was I last night," Avenatti said in a statement issued by his law office.

"Any accusations to the contrary are fabricated and meant to do harm to my reputation. I look forward to being fully exonerated."

Los Angeles police said Avenatti was being held on $US50,000 bail.

He said Avenatti was arrested about 2pm on Wednesday on the same block as his apartment in Los Angeles.

Im would not identify the victim nor provide any details about their relationship with Avenatti.

The Southern California attorney shot to fame with his impassioned attacks on Trump while representing Stormy Daniels, whose real name is Stephanie Clifford. 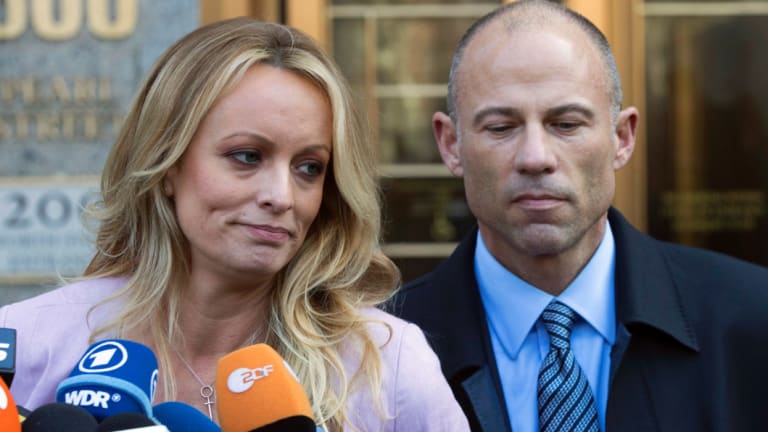 Adult film actress Stormy Daniels with her lawyer Michael Avenatti outside federal court in New York in April this year.Credit:AP

She claims to have had a tryst with Trump in 2006 and has sought in court to nullify a $US130,000 "hush payment" deal she struck with Trump's long-time fixer Michael Cohen before the 2016 presidential election.

In the months leading up to Cohen's guilty plea in August to campaign finance violations, Clifford's case made a TV personality of Avenatti.

But her lawsuit was put into jeopardy when both Trump and Cohen declared that they would not seek to enforce the non-disclosure agreement. To keep the case from being dismissed, Avenatti is trying to convince a federal judge that it's in the public's interest to get more details about the motivation behind the hush deal and where the money came from.

Avenatti was ordered by a California state judge in October to pay $US4.85 million to an attorney who worked with him at his former law firm, Eagan Avenatti.

Avenatti said at the time that the lawyer owes him more than $US7 million. Avenatti's current firm in Newport Beach, California, is called Avenatti & Associates.