Australia’s expert advisory group on vaccines has been intensively monitoring emerging evidence on the AstraZeneca jab, hopeful it can provide tailored advice about who is more at risk of developing the rare clotting syndrome linked to the vaccine.

But continued uncertainty about what causes the suspected side effect means there will be no imminent change to last week’s guidance recommending the Pfizer vaccine for Australians under 50. 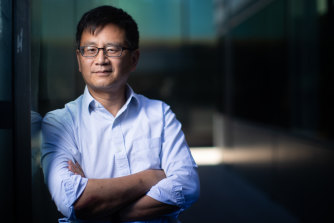 “This is something that we’re keeping a very close eye on,” said Australian Technical Advisory Group on Immunisation co-chair Allen Cheng. “At the moment there’s nothing that suggests that we need to change, but clearly things are evolving pretty quickly and we are learning a lot more about this.”

“What I would say to people again, please, the most important thing is to remember about that benefit-risk equation,” he said.

ATAGI has warned the advice limiting the use of the AstraZeneca vaccine could change if there was a new coronavirus outbreak in Australia and have similarly left the door open to changes if new information emerges about the side effect known as thrombosis with thrombocytopenia, which ATAGI says “appears likely to be causally linked” to the vaccine. 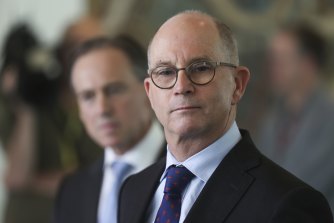 Professor Cheng said ATAGI was continuing to look at new information and speak to local and overseas experts to better understand what the exact risk of acquiring the condition was, whether it was an issue common to similar vaccines and how to test for and manage the complication.

“There is still quite a lot to learn about this,” he said. “The question is: Can we work out who is going to get this complication? And if we can, then we might be able to reassure everyone else that they’re not going to get it. At this stage we can’t.”

Federal health authorities are investigating the death of a NSW woman in her 40s who developed blood clots after she received an AstraZeneca vaccination. The link between the death and the vaccine is still unconfirmed.

Paul Monagle, a paediatric haematologist at the University of Melbourne who has provided expert advice to ATAGI, said a clue for experts trying to understand how the side effect occurs was cases of blood clots reported in six US women following the Johnson & Johnson vaccine (the US has since paused the use of this vaccine).

That’s because the Johnson & Johnson vaccine and AstraZeneca both deliver the vaccine through modified virus known as adenovirus vectors.

“They’ve got both similar mechanisms of delivery of the vaccine. And so I think that gives us a clue to where to start looking,” Professor Monagle said.

However, he said despite the best efforts of experts, the risk factors for developing the clotting thrombosis with thrombocytopenia still remained unclear.

“I don’t think anyone’s identified any risk factors,” Professor Monagle said. “It probably tends a little bit more towards younger [people] than older. But I don’t think past history of thrombosis or any other problem has been shown to be a risk factor.”

ATAGI said last week the syndrome may occur in about four to six people per million within 20 days of the first vaccine dose.

Professor Monagle estimates it is somewhere between five to 10 people per million, based on the latest evidence.

“The Germans have reported one in 100,000. The Brits have reported about one in 200,000,” he said. “The Norwegians reported higher than that … but theirs was a very small cohort, so there is always the chance that you just get an unlucky cluster.”

Get our Coronavirus Update newsletter

Stay across the news you need to know related to the pandemic. Sent Monday and Thursday. Sign up here.