A STEPDAD allegedly sold is 12-year-old daughter to 70 truck drivers for sex in exchange for a pack of cigarettes.

The electrician, identified only as Thomas S, 49, is on trial for pimping out his underage daughter at motorway service stations "to make her confident about her own body".

Thomas, from the German city of Schweinfurt, is said to have asked drivers for five euros (£4) in cash and a pack of Winston cigarettes, and also insisted on filming what was going on.

A police investigation started on July 31, 2020, when a truck driver alerted cops that Thomas had offered the minor's sexual services to three other truck drivers in the Steinsacker car park on the Autobahn 70 motorway.

Immediately after the call, cops caught and arrested Thomas, who was sitting in an Audi with the girl.

According to witnesses, three days before the arrest, the child was abused by Romanian truck driver Hartmut N, 50, in the A71 parking lot in Lauertal for the fee of five euros (£4) and a pack of Winston cigarettes.

Thomas S filmed the assault on his iPhone, which was used to incriminate Hartmut N who is now also in custody and awaiting a separate trial.

He had come into contact with the perverted stepfather after he saw a card at the rest station with the truckers number and the message "would you like to give me a blow job?". 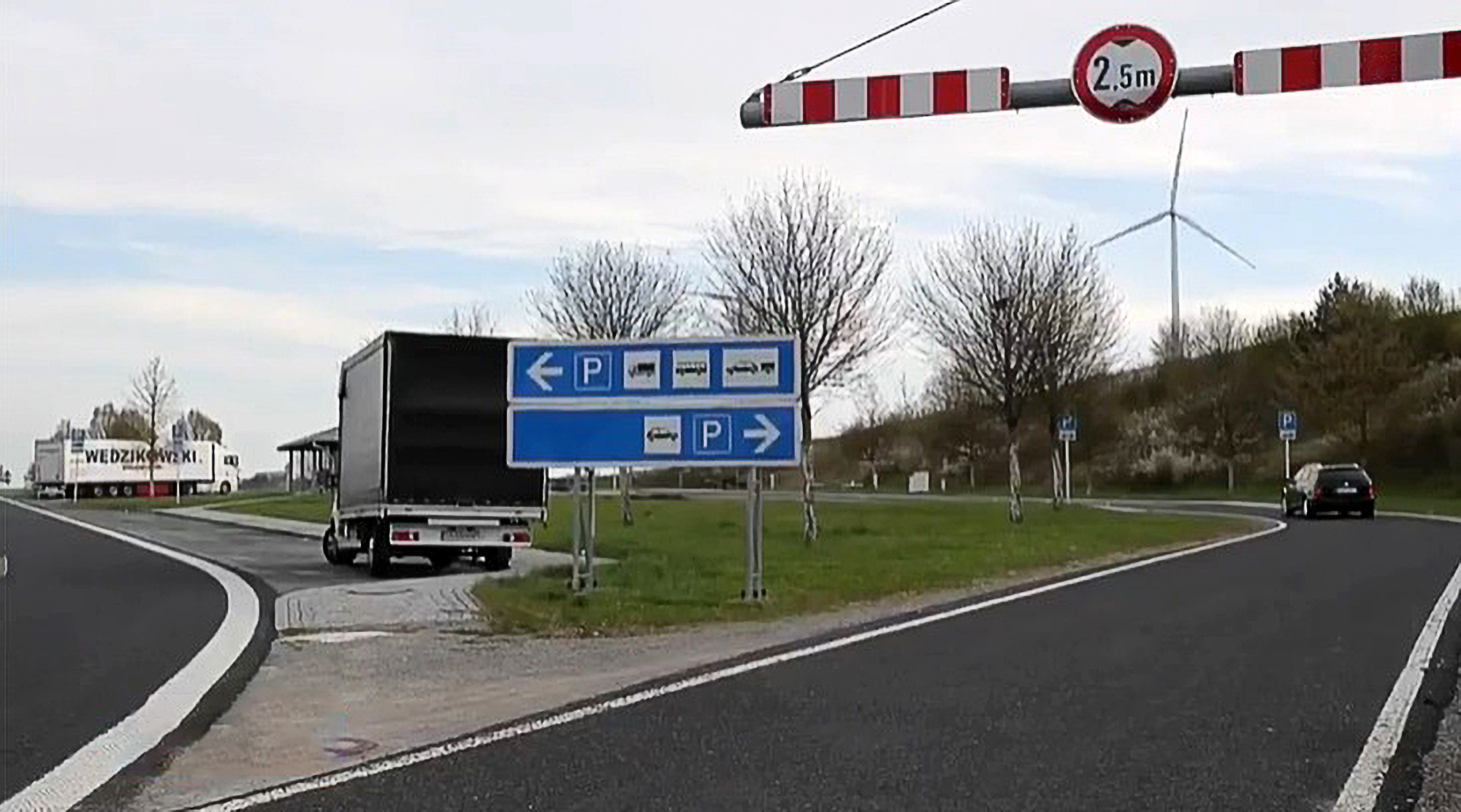 Police probing the crimes discovered that the girl's biological mother Brigitte K, 39, was aware of what was happening and she was also arrested.

Prosecutors took more than an hour to read out details of the 72 alleged rapes of the 12-year-old in court.

They said that Brigitte, who lived in Bavaria's largest spa town Bad Kissingen, knew about and approved of her partner's abusive behaviour.

She allegedly also forced the girl to watch her and Thomas have sex while lying next to them in bed when she was aged nine.

The couple sexually abused the girl and took photos and videos of her over a two-year period, the court heard.

It was also told that the mother had been granted custody from the girl's biological father at a family court in Bad Kissingen and then handed her over to Thomas.

During the trial at Schweinfurt District Court on April 26, prosecutor Gabriel Seuffert charged Thomas S with 72 cases of child abuse.

Thomas admitted all accusations against him, with defence attorney Michael Troger telling German newspaper Bild they wanted to "spare the child from the testimony".

However there was little that could be done to deny the crimes as Thomas held videos of the sex acts as well as naked photos of the girl he had taken at home.

HOW YOU CAN GET HELP:

Women’s Aid has this advice for victims and their families:

If you are a ­victim of domestic abuse, SupportLine is open Tuesday, Wednesday and Thursday from 6pm to 8pm on 01708 765200. The charity’s email support ­service is open weekdays and weekends during the crisis – [email protected]

Prosecutor Seuffert said: "They [Thomas and Brigitte] wanted to raise the child to be self-confident, and to get her used to walk naked in the apartment in order to have fun exploring her own body in the future."

The child was placed in an orphanage and is currently undergoing therapy due to the traumatic events she experienced.