Victoria Police crime data shows incidents of child-to-parent violence rose 20 per cent between October 2019 and September 2020 as the state dealt with a series of lockdowns during the COVID-19 pandemic.

New crime data obtained by The Age shows that among the 20 per cent spike in cases where the perpetrator was 17 or younger, compared to the same period a year earlier, about two-thirds of perpetrators were boys. Overall cases of violence against parents, including adult children, rose by 18 per cent.

Mothers were the victims in around 70 per cent of cases during the period from October 2019 to September 2020. Teenagers aged between 16 and 19 were most likely to be the perpetrators of this kind of family violence, followed by adult children in their early 20s.

Victorians were subjected to the nation’s strictest stay-at-home orders last year that saw schools, sporting clubs, arts and cultural activities shut down while the state grappled with a second wave of coronavirus that killed more than 800 people.

Domestic violence statistics for the same period showed a 6.7 per cent increase in abuse in the home, with more than 88,000 family violence offences reported to police. The statistics fulfilled predictions of family violence from services such as Safe Steps, which warned in April it was expecting an “unprecedented spike” in incidents due to the state’s lockdown measures.

Larisa Freiverts, a senior family therapist at Anglicare Victoria, said demand for her service, had gone “through the roof” since the start of the pandemic. Anglicare is one agency that specialises in this unique type of family violence, and intervenes with families as a whole rather than working solely on the young person as an offender.

“Really it’s been focused on keeping families ‘safe enough’ – there’s been less of an opportunity to do any real therapeutic or change work [because of lockdowns]. They’re kind of just in survival mode,” she said.

“We’re doing a lot of zoom sessions with parents down the road in the car or walking the dog or in the back garden.”

Elena Campbell, associate director at RMIT University’s Centre for Innovative Justice who is leading research on the effects of COVID-19 lockdowns on adolescent violence in the home, said this type of behaviour was not just “teenagers being teenagers”.

“It’s definitely recognised as a pattern of behaviour, like other forms of family violence,” Ms Campbell said. “It’s understood as having an aim to try and control a situation or get a certain outcome.”

“[For example] it will be the parents reminding the kids three, four, five times to get off the computer, get off social media and get to bed.

“Then they [parents] get more and more frustrated with them [children] and switch off the modem or take the device off them and before you know it you’ve been punched in the face or there’s verbal abuse,” she said.

Additionally, a young person lashing out violently has often experienced a toxic cycle of family violence at home, according to RMIT’s Ms Campbell.

“It’s usually a scenario where there was adult intimate partner violence, and the system did its thing and stepped in and just separated [the adults] apart and we thought, ‘we’ve done our job’,” she said. 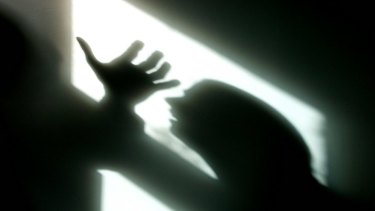 “But we hadn’t done anything to invest the time and resources into helping them recover from that experience, and helping younger children who might be younger at a time process and recover.

Ms Freiverts said one of the biggest misconceptions she confronted in her career was that family violence was limited to lower socio-economic communities.

“We’re in the inner-east [of Melbourne] so we have an awful lot of very middle-class and upper-middle-class families and young people that are going to private schools,” she said. “They can be dux [of their class] and everything else and there can be adolescent violence there.”

Sergeant Kay Morgan, who leads the family violence unit in Dandenong in Melbourne’s south-east – one of the fastest-growing areas in Victoria – said she was most concerned about cultural and linguistically diverse communities in her area.

“We have, at last count, in excess of 160 different nationalities in our area and that is probably the biggest concern for us at the moment,” she said. “One of our focuses at the moment is about how we can engage with communities early because the fear is that family violence is occurring, but because of the barriers it is under-reported.”

The 2015 Victorian Royal Commission into Family Violence found that young people who use violence in the home are more often than not grappling with mental health conditions and cognitive disabilities. Most of the recommendations related to family violence involving children and young people from the 2015 royal commission have been implemented, including the introduction of dedicated youth resource officers in police family violence teams like Detective Sergeant Morgan’s.

But the government is behind schedule on delivering accommodation options for adolescents who use violence at home, an issue which Sergeant Morgan said leads to children being placed with ill-equipped family members or even more volatile situations.

“With young people, it’s not always about putting them through the justice system, it’s more about offering supports to enable the families to live together safely and to make sure that they’re supported to do that and remain together,” she said.

Although Sergeant Morgan says her proactive team is getting results, it has more work than it can keep up with. Just two officers are managing 64 people under the age of 24 who are perpetrators of family violence.

Where to get help

“Two people, the maths just doesn’t work with 64,” she said.

A spokesman for the state government was providing funding for numerous programs across the state that specialise in intervening early in families where children are using violence, and had funnelled $20 million into the family violence sector in August in response to the pandemic-induced crisis.

“No one is born violent – it’s often the result of numerous and often complex factors, including exposure to family violence themselves,” the spokesman said.

– With Erin Pearson and Craig Butt