A union drive at Starbucks (SBUX) stores nationwide that began weeks ago at a store in Buffalo, New York has spread to 54 locations in 19 states, organizers said this week. Fifteen of those stores filed for union elections on Monday, demonstrating the growing momentum behind the movement.

The explosion of labor activity at one of the country’s largest food and beverage chains defies the decades-long decline of unionization in the U.S., where just 6.1% of private sector employees and 3.1% of food service workers belong to a union, Department of Labor data shows. It raises the question of why long-dormant employees at a company known for liberal management have begun to revolt.

Employees have drawn strength from pandemic-related labor shortages that have bolstered worker leverage across the economy but especially in the restaurant industry. Plus, workers have responded to the advocacy taken up by their colleagues, as a victory among one group of employees emboldens others.

But less attention has been paid to another crucial factor: the job itself. Yahoo Finance spoke with four current Starbucks employees involved in union campaigns who criticized a stressful workplace where they say COVID-related staffing shortages and exposure risks have resulted in heavier workloads, delayed breaks, and frustrations over a lack of personal protective equipment.

The workers also stressed their disappointment in seeing the Seattle-based coffee giant — which opposes the union campaign — fall short of its reputation as a worker-friendly corporate bastion of liberal values.

“Before I started the job, I had a grand view of Starbucks — it was one of my dream jobs,” says Nikki Taylor, a shift supervisor at a Starbucks in Memphis, Tennessee who has worked at the company for two years. “Once you get inside and see what you’re dealing with and what it’s giving you, it’s not.” 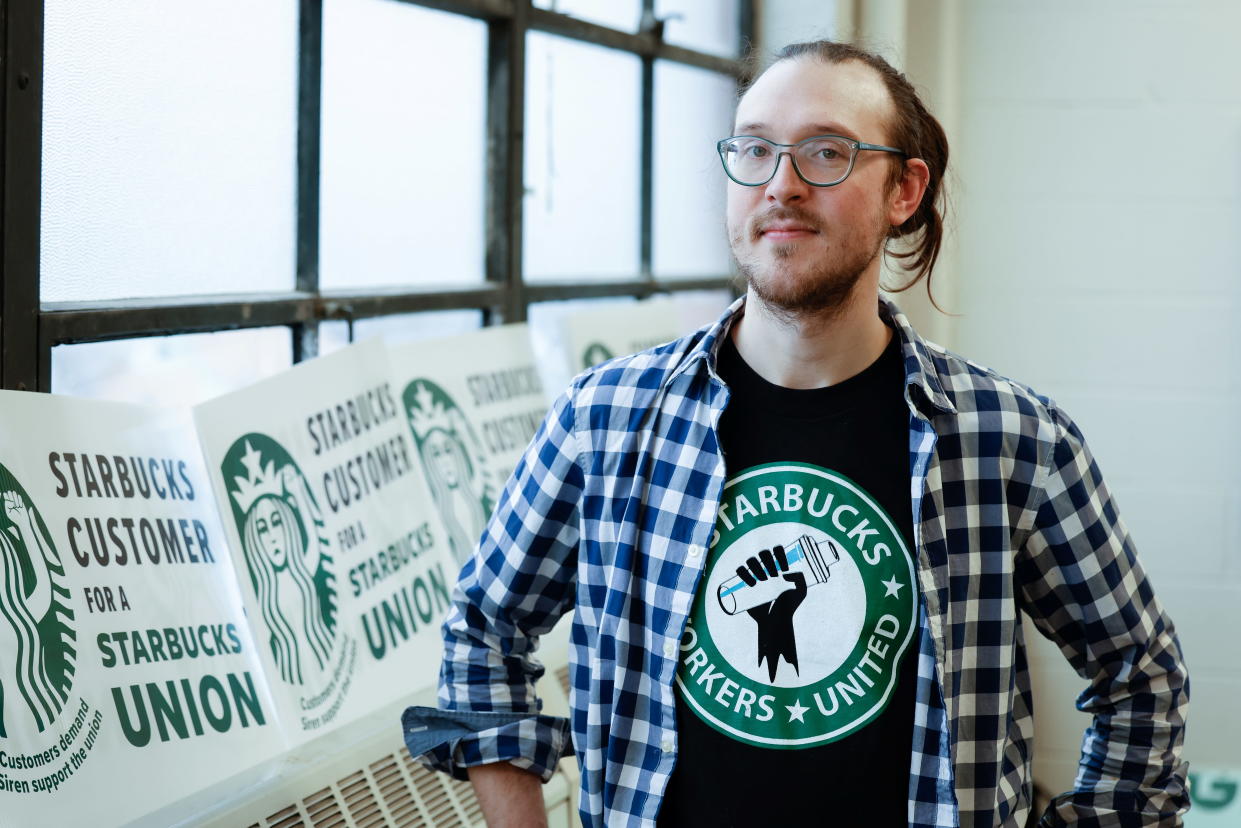 During the two busiest periods of the day, in the morning and late afternoon, the store usually staffs eight or nine people to handle the rush of orders, Taylor said. During the pandemic, the store has often operated during those peaks with just four or five employees, she said. (The company allows workers to suspend mobile or in-store orders when a location is understaffed, Starbucks Spokesperson Reggie Borges told Yahoo Finance.)

Plus, she has worked with constant fear of contracting COVID and bringing it home to her 8-year-old daughter, she said, saying those anxieties became reality three weeks ago when Taylor tested positive for the virus. She recounted one instance in which a customer entered the store and told her he was infected with the virus.

On an earnings call on Tuesday, Starbucks acknowledged the workplace disruption imposed by the labor shortage. Chief Operations Officer John Culver described elevated turnover and difficulty staffing stores over the course of the pandemic. “It’s no secret we’re in a constrained labor environment,” Culver said.

In October, the company raised its starting wage at U.S. stores to $15 per hour from a prior rate of $12 per hour. The move brought the average wage for U.S. hourly employees to almost $17 per hour.

Starbucks has also made recent changes to COVID-19 policies. Last week, the company reversed a plan that would have required employees to get vaccinated or subject themselves to weekly testing.

A week before that, the company advised all employees to wear company-provided paper masks instead of cloth masks. But workers told Yahoo Finance they’re frustrated that the company has not provided the more protective N95 or KN95 masks. The company told Bloomberg it had chosen not to do so due to supply constraints. Employees can avail themselves of two five-day paid leave periods if they believe they've been exposed to COVID-19, Borges said.

In response to a request for comment, Starbucks sent a letter posted online by Executive Vice President, President North America Rossann Williams in December after the initial union victory at a store in Buffalo.

A portion of the letter says: "From the beginning, we’ve been clear in our belief that we do not want a union between us as partners, and that conviction has not changed. However, we have also said that we respect the legal process. This means we will bargain in good faith with the union that represents partners in the one Buffalo store that voted in favor of union representation. Our hope is that union representatives also come to the table with mutual good faith, respect and positive intent."

Full-time and part-time employees at Starbucks receive health care benefits, access to a 401(k) retirement plan, paid vacation days, parental leave, and the opportunity to receive full tuition payment for a bachelor's degree through Arizona State University’s online degree programs — though eligibility for such benefits depends on a minimum number of hours worked.

'We have to do everything'

In addition to its rapid pace and COVID risks, a job at Starbucks requires an under-appreciated array of skills and tasks, said Len Harris, a shift supervisor at a store near Boulder, Colorado. She contrasted the job of a Starbucks employee with that of a traditional restaurant worker responsible for a single task, like serving or dishwashing.

“Not only do we have to get out orders quickly but with a smile,” she adds. 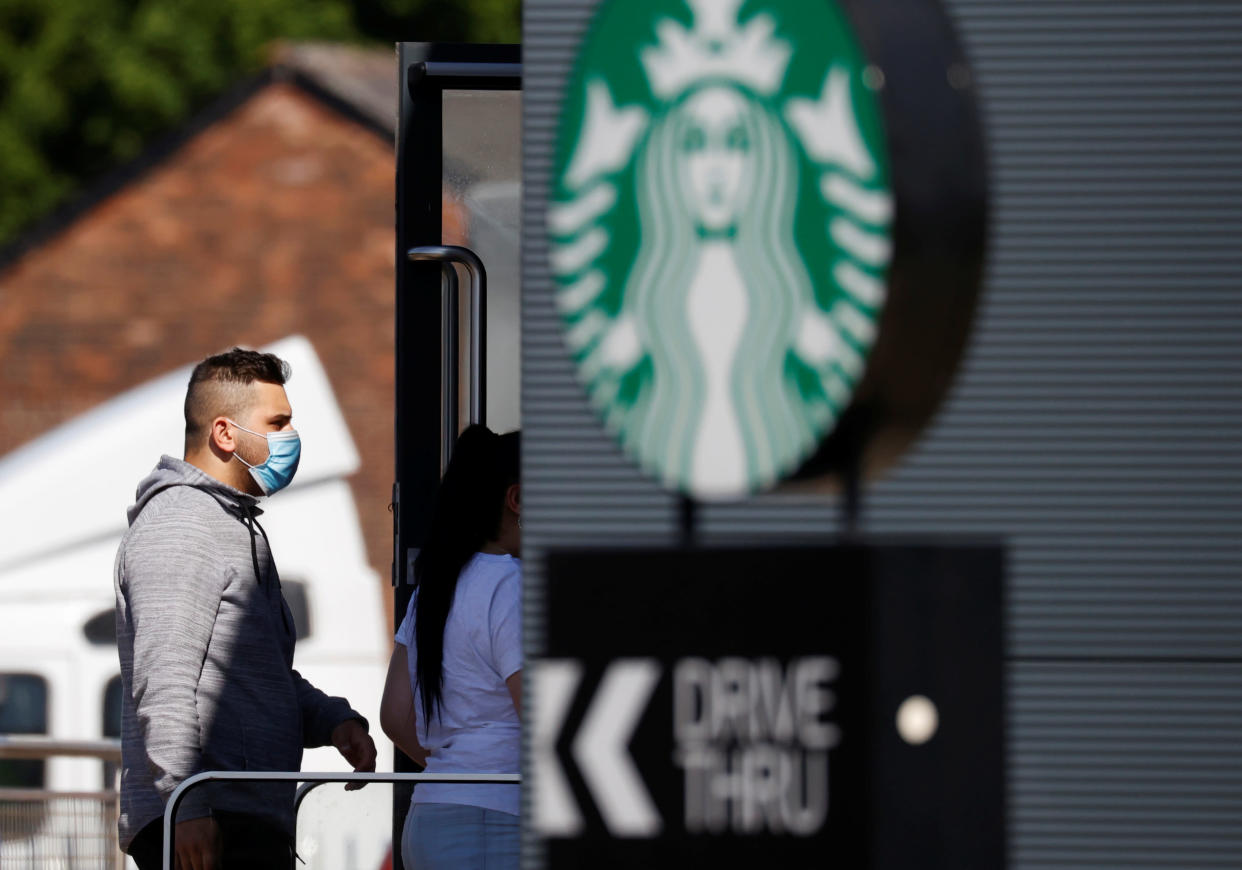 Catherine Creighton, Director of the Cornell University Industrial Labor Relations Buffalo Co-Lab who spoke with workers behind the initial Starbucks union drive in that city, said the confluence of a labor shortage, infuriating profits taken in by the company amid the pandemic, and an increasingly stressful work environment amounted to a “perfect storm” for labor strife.

“COVID has been a huge disruption — people are hitting the pause button and saying, ‘What’s going on? I have to think about things. This isn’t right.’”

To be sure, all of the workers who spoke with Yahoo Finance said they enjoyed parts of the job at Starbucks, especially the relationships they’ve formed with coworkers and regular customers. “I love working at Starbucks,” says Kylah Clay, a barista at a store in Boston, Massachusetts. “In the early morning, getting to chat with customers and help them start their day in a positive way — to me, it’s very rewarding.”

The union drive remains confined to a small fraction of the company’s nearly 9,000 stores nationwide run by Starbucks.

But workers said a union would grant them a say in improving the day-to-day work environment, and allow them to advocate for better pay and benefits. They told Yahoo Finance that they consider the company's treatment of employees a hypocritical departure from its commitment to liberal values.

The company's record on that score includes former CEO Howard Schultz's defense of same-sex marriage in 2013, a racial justice effort involving messages on customer cups a couple years later, and a vow to hire 10,000 refugees.

In June 2020, in the aftermath of the police murder of George Floyd, the company allowed workers to wear Black Lives Matter shirts and pins, a reversal of a policy that had banned them from worker attire.

“Starbucks parades around as pro-LGBTQ rights and outspoken about the Black Lives Matter movement,” says Joseph Nappi, a barista at a store in Cleveland, Ohio. “It can't be pro-LGBTQ and pro-BLM but be anti-union and anti-labor. I don’t think you can reconcile those.”

Creighton, the director of the Cornell University IRL Buffalo Co-Lab, said the small, well-educated workforce at Starbucks stores makes the workplace vulnerable to a union drive. But she wondered whether the trend could extend to other industries.

“Now the next question is: Is it going to tsunami across the economy or just at Starbucks?” Creighton asks.

Max Zahn is a reporter for Yahoo Finance. Find him on twitter @MaxZahn_.