Georgia gubernatorial candidate Stacey Abrams, a prominent Democrat and voting rights advocate, told Yahoo Finance in a new interview that her home state should be "very intentional" about relaxing its mask-wearing guidelines.

She urged public officials to "follow the science," in light of the state's low vaccination rate as compared with other states that have lifted indoor mask mandates in recent weeks.

The remarks come after Democratic governors lifted such mandates in California, New Jersey, New York, and elsewhere. The relaxing of these guidelines contradicts recommendations from the Centers for Disease Control and Prevention, which continues to advise mask-wearing in many indoor spaces.

"Georgia is one of the lower vaccination-rate states in the nation, which means we cannot operate as though we have already achieved the metrics that some other states have achieved," Abrams says.

"We are transitioning from pandemic to endemic," she adds. "The most important — and I would say, egalitarian — thing is to follow the science. We need to make certain that we are doing what the science says we should do."

Governor Brian Kemp, a Republican, and the state Department of Public Health recommend mask-wearing in public places, but Georgia does not mandate their use.

Georgia law permits each school district to determine whether it will impose a mask mandate for local schools. Last week, Kemp called on lawmakers to pass a measure that would allow parents to opt their children out of mask mandates in school districts where the protective equipment is required, the Atlanta Journal-Constitution reported.

Abrams supports mask mandates for schools and other indoor spaces.

Georgia has one of the lowest vaccination rates of any state. Fifty-three percent of residents are fully vaccinated and 18% of residents have received a booster, according to the New York Times vaccine tracker. The state on Monday recorded a daily average of 20 cases per 100,000 people, which marks a 66% decline from two weeks prior, the Times shows.

By comparison, in Connecticut, 70% of residents are fully vaccinated and 33% have received a booster, according to the Times. The state on Monday recorded a daily average of 21 cases per 100,000 people, which comprises a 76% decline over the past two weeks, the Times found.

Despite its low vaccination rate, Georgia boasts one of the lowest rates of COVID cases per capita of any state, according to the Times. 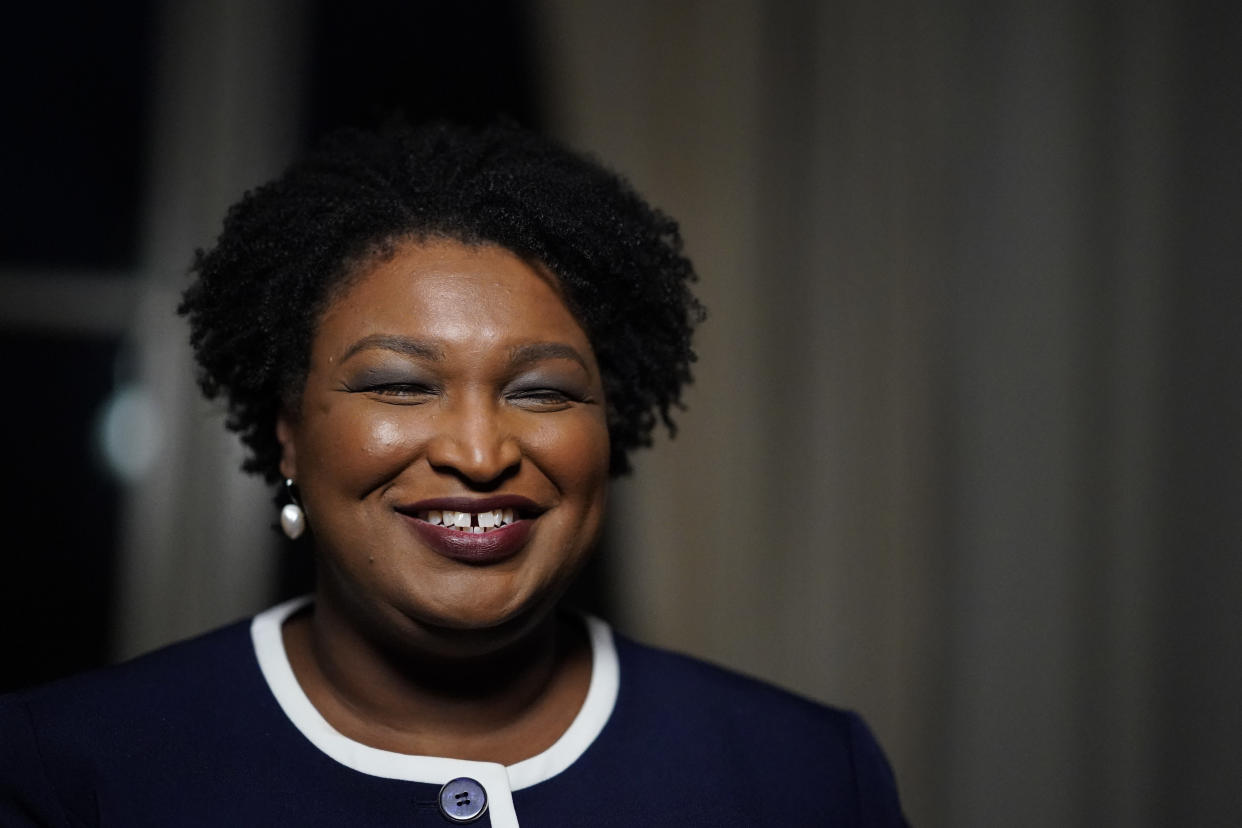 "We have some of the highest infection rates — and that means we have to be very intentional about when we relax our mandates, and that we have to have plans," Abrams says.

Abrams drew criticism earlier this month after posting and deleting a photo that captured her maskless among mask-wearing children at an elementary school in Decatur, Ga. Kemp criticized Abrams for failing to live up to her own support for mask mandates in schools.

Abrams later apologized for the photo, calling it a "mistake."

Kemp narrowly defeated Abrams in a race for Georgia governor in 2018.

Speaking to Yahoo Finance, Abrams slammed Kemp over what she considers insufficient planning and guidance as the state learns to live with the virus.

"Right now the challenge is not simply the lack of a plan — it's the announced intention of the governor not to create legislative plans. And so my concern is that inaction is always dangerous," she says.

"We need to make certain that people — that leaders at the state level, at the school level, at the leadership levels of our municipal governments — that they have good access to information," she says.

"But that they also have good leadership that says, 'Here's the rubric you use to determine your plans and here's what we recommend. And unfortunately, that has not always been a consistent behavior in this current administration."