A STABBING victim walked calmly into a DIY store to buy an axe so he could hunt down his attacker.

The shirtless man, who had been fighting in the Homebase car park, headed inside then screamed at staff: “Get me a f***ing axe!” 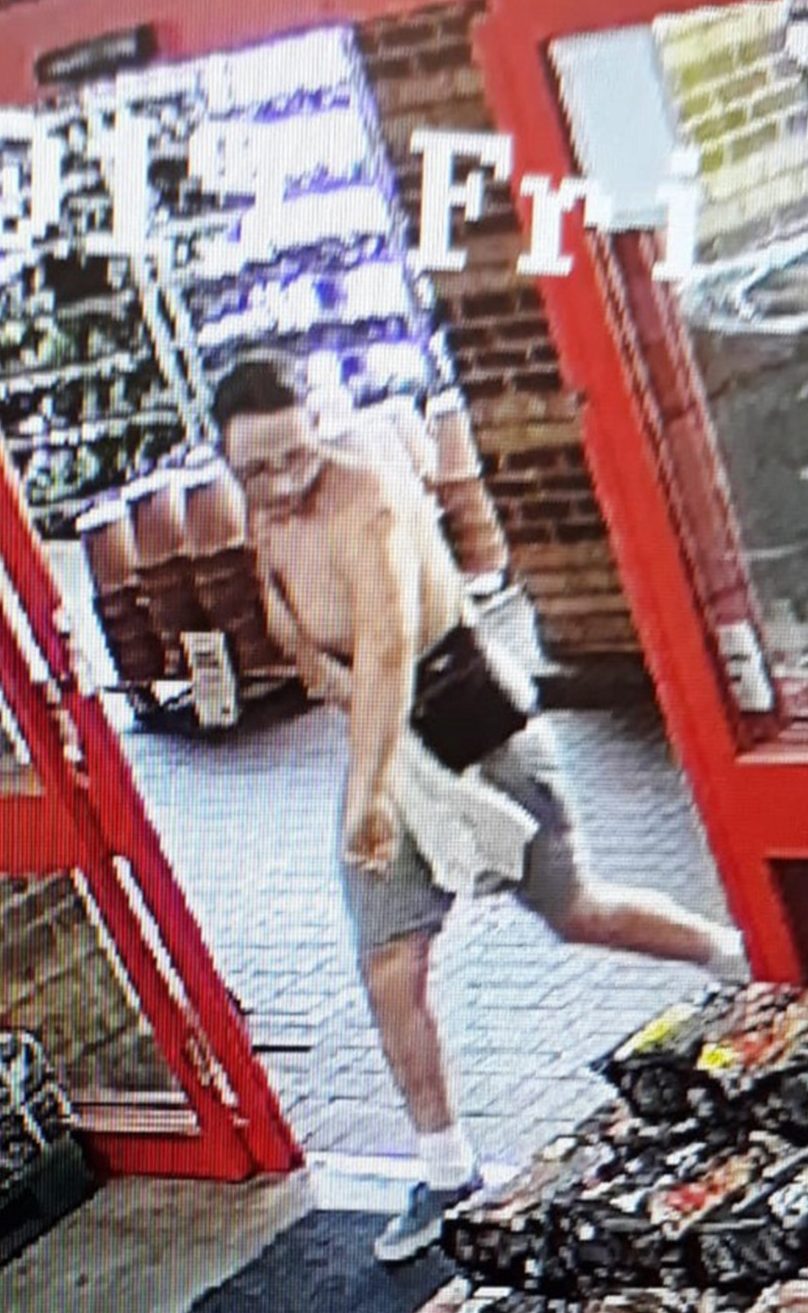 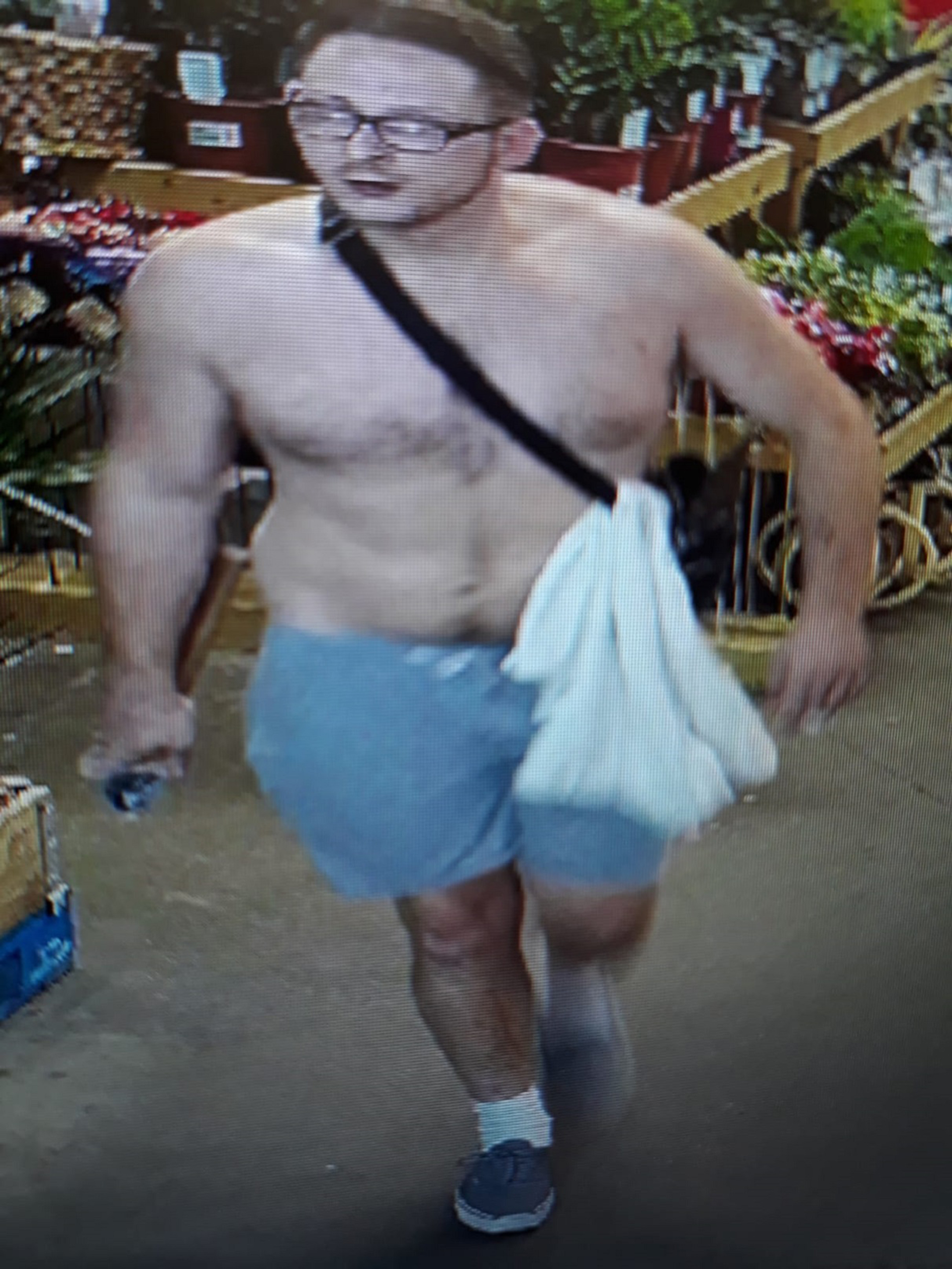 One terrified worker helped him find a 2ft weapon before he threw £10 on the counter.

The man, who had been knifed in the back, tucked the axe under his arm and headed outside to continue the fight.

Shoppers scattered as he went looking for the knifeman but, by the time police arrived, both of them had fled.

One witness said: “I couldn’t believe what I was seeing. It just isn’t the sort of thing you would ever expect to see and I hope they’re both caught. Someone easily could have been killed.”

The incident happened at the Homebase shop in Walton-on-Thames, Surrey.

CCTV images show the bespectacled but shirtless stabbing victim, a manbag slung over his shoulder, heading into the DIY store and leaving with the axe.

The witness told The Sun: “I pulled up to buy some things for my garden and these men were exchanging blows.

“Then the knife caught my eye and I saw one of them stab the other in the back. He screamed and the guy who stabbed him took a few steps back.

‘’They both stood there looking at each other before the shirtless man turned and walked into Homebase.

“He started screaming at staff, saying: ‘Get me a f***ing axe, get me one now.’ You could tell everyone was scared and someone took him to where they were.

“He picked one up, pulled out a £10 note and threw it on the counter before putting it on the inside of his arm and running outside.

“Everyone saw him run out and got out of his way.

“They got in their cars or ran away, as did the knifeman.

“He started running and the guy with the axe just gave chase.

“I imagine the staff were fearing for their lives when he came in and just wanted him out.”

Surrey Police said they were called to the disturbance on Friday, June 28, “following a report of a concern for safety”.

A spokesman added: “Officers attended and conducted a search of the local area but found no trace of the man that the caller had concerns for. The investigation remains ongoing.”

Homebase, said: “We have strict guidelines in place for the sale of certain products and take our responsibility to keep our team members, customers and the wider communities we serve safe very seriously. 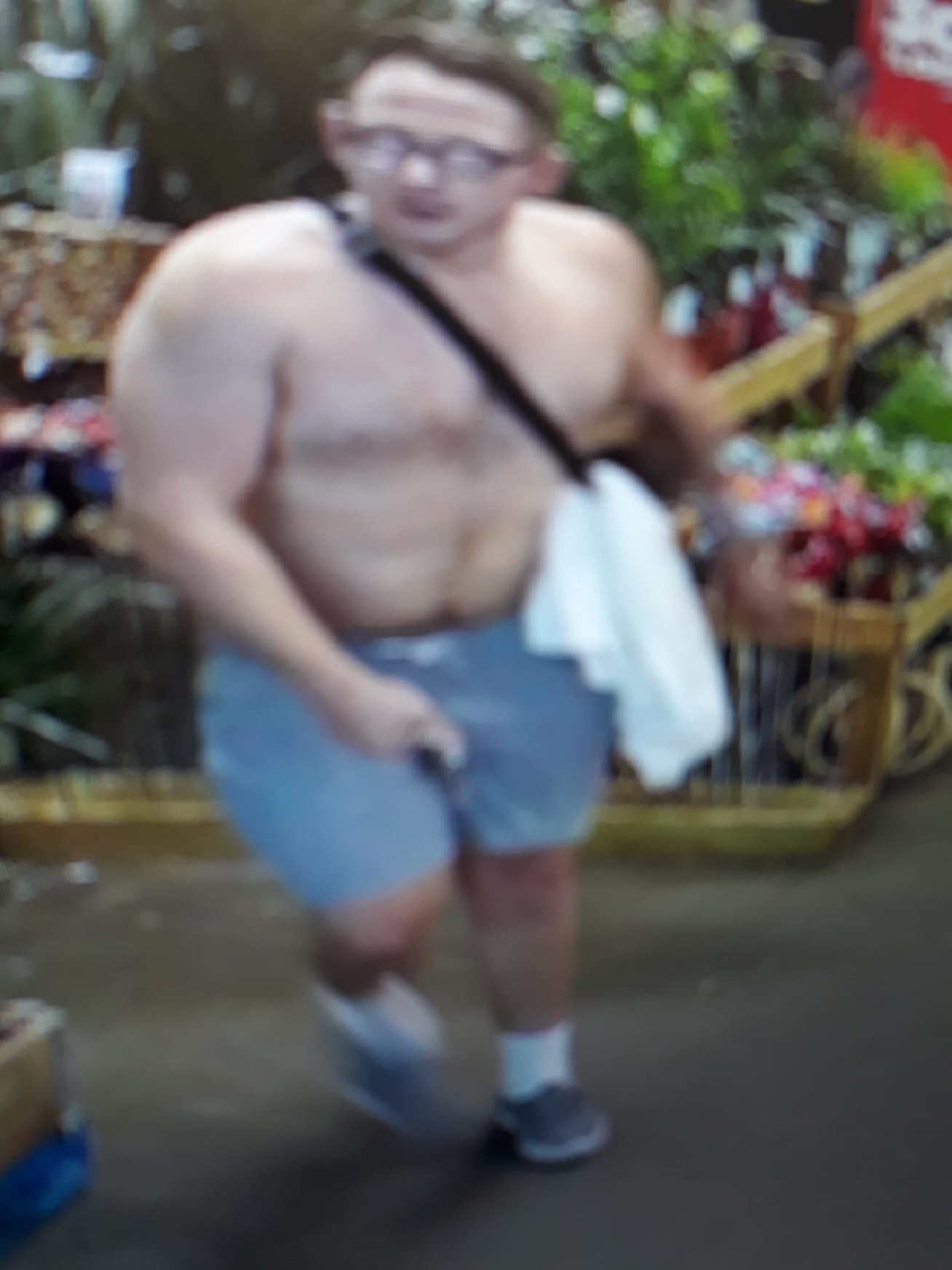 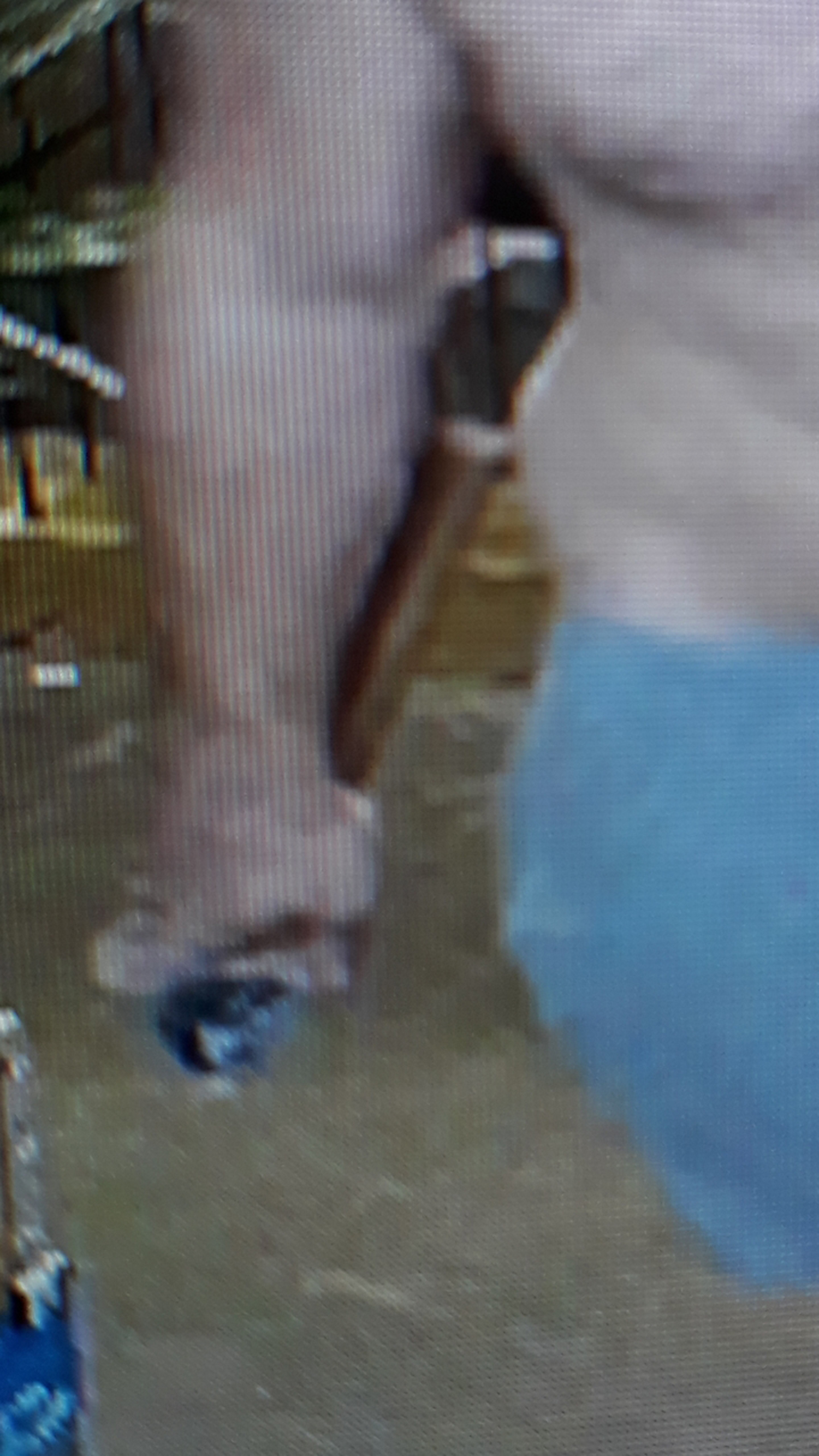 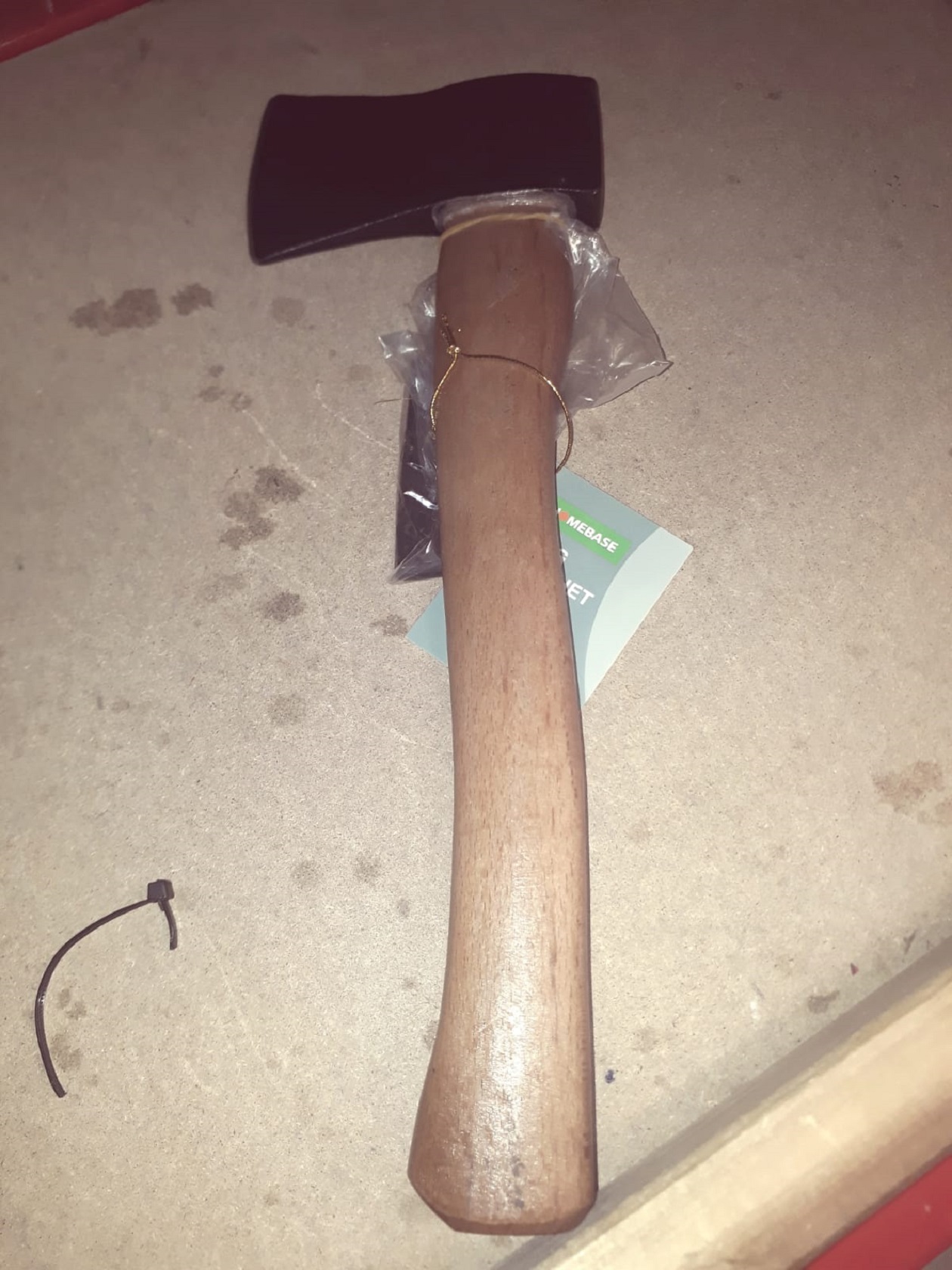