A US sprinting sensation whose talent saw her dubbed ‘the new Flo-Jo’ is set to miss the Tokyo Olympics after she reportedly tested positive for cannabis.

Sources told Reuters Thursday night that Sha’Carri Richardson – who is the fastest woman in America – had failed a drugs test during Olympics trials.

If the result of that test is confirmed, 21 year-old Richardson will almost certainly be suspended from Team USA, meaning she will not compete in the women’s 100m at the delayed Tokyo 2020 Games, which are scheduled to start on July 23.

Richardson has yet to comment on the test result, but tweeted ‘I am human’ earlier on Thursday afternoon, which appeared to allude to the scandal.

Her Olympics-qualifying performance – which saw Richardson run 100 meters in 10.86 seconds in Eugene, Oregon, last month has been provisionally disqualified.

It remains unclear when Richardson took the drugs test that she later failed. 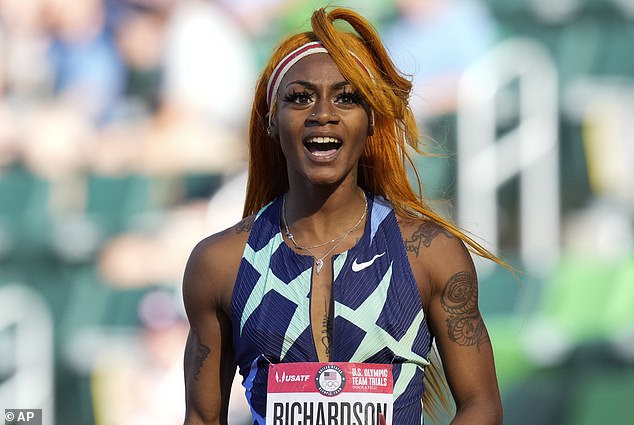 Sha’Carri Richardson, pictured at Olympics trials in Eugene, Oregon in June 2021, is set to miss Tokyo 2020 after the reportedly tested positive for cannabis

Richardson sent this tweet earlier on Thursday, hours before it was reported that she had tested positive for using a banned drug

Richardson is now likely to be replaced by Jenna Prandini at the Tokyo Games. Prandini finished fourth in the 100 meter sprint that Richardson won.

Weed has been classified as a ‘substance of abuse’ by the World Anti-Doping Agency since January 1 this year.

Using it can carry a ban of up to four years for athletes.

If a competitor can prove there was no benefit to their performance, their ban can be reduced to three months.

That means Richardson will miss Tokyo even if she can produce evidence her alleged cannabis use did not enhance her running ability.

The Jamaica Gleaner first broke the story, and reported that Dallas-born Richardson’s agent Renaldo Nehemiah had not returned requests for a comment. 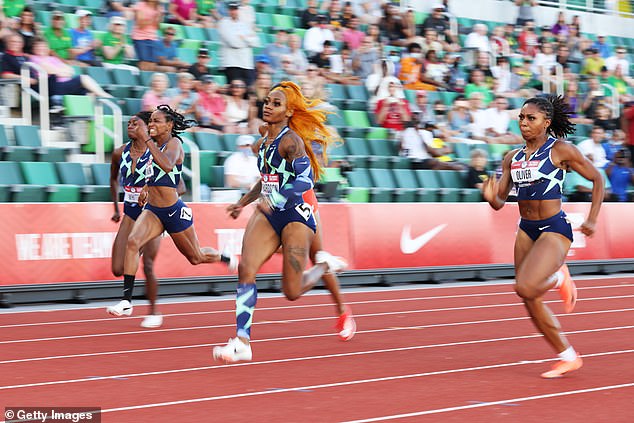 Richardson clocked a time of 10.64 seconds 90 minutes before that run, but a strong tail-wind disqualified that performance from being recorded.

On April 10 this year, Richardson ran 100 meters in 10.72 seconds – the fastest wind-legal time for an American female athlete in almost 10 years. That result saw her crowned the fastest active athlete in the United States.

It was also the sixth fastest run by a woman ever, and fourth fastest by any American athlete.

Richardson decided against trying to qualify for the Olympics 200 meter sprint.

After she qualified for the games, Richardson told ESPN that her mom had died the week before.

She said: ‘My family has kept me grounded.

‘This year has been crazy for me. Going from just last week, losing my biological mother, and I’m still here… 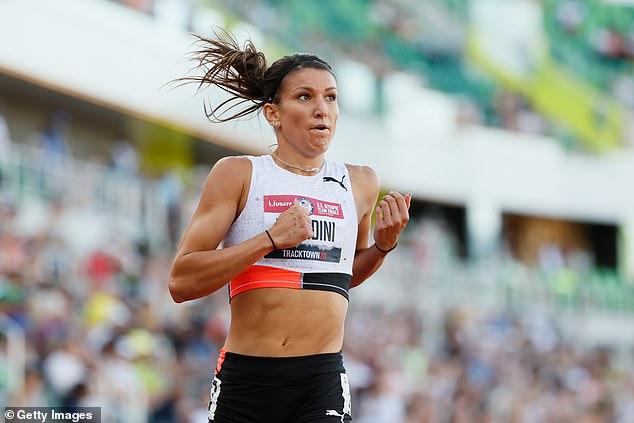 Richardson is set to be replaced on Team USA by Jenna Prandini, who finished fourth in the 100 meter sprint that Richardson had won 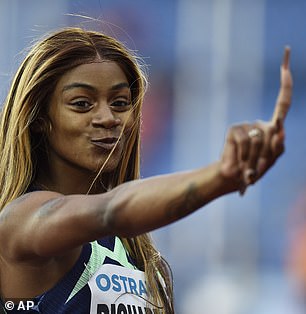 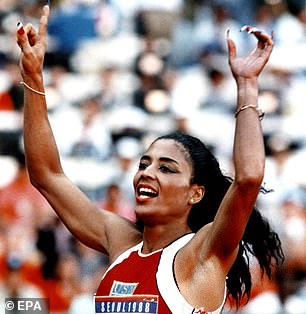 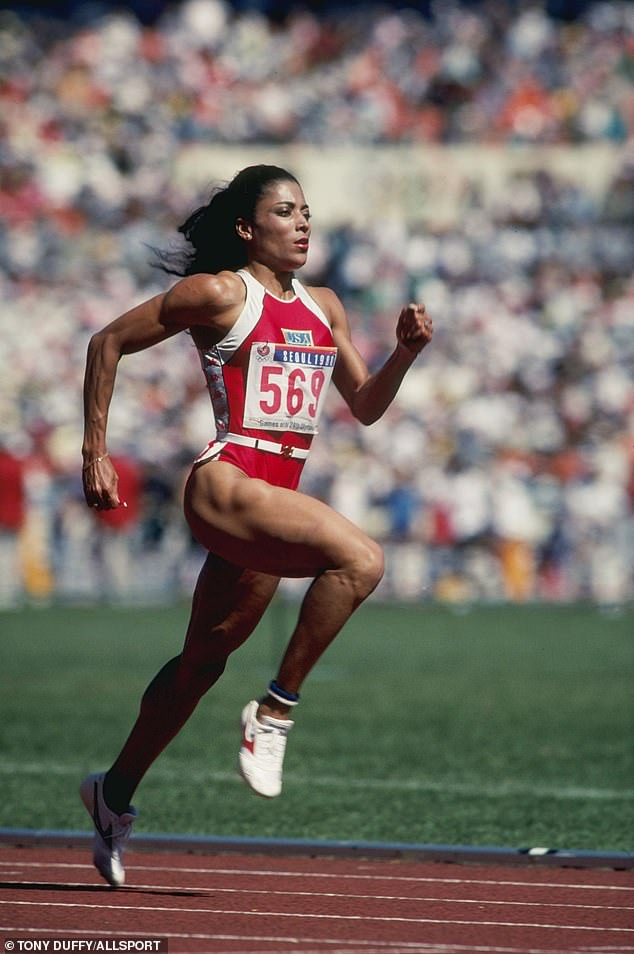 Flo-Jo, pictured in action at the 1988 Seoul Games, died in her sleep in 1998 aged just 38 after suffering from a massive epileptic seizure

‘Last week, finding out my biological mother passed away and still choosing to pursue my dreams, still coming out here, still here to make the family that I do still have on this earth proud…

In a glowing profile published last month, Vogue favorably compared Richardson to Flo-Jo, and highlighted how the two star athletes even shared a penchant for long, lavishly-decorated fingernails.

Flo-Jo became an athletics megastar after winning gold in the 100m, 200m and relay at the 1988 Seoul Olympics.

She died aged just 38 in September 1998 after suffering a massive epileptic seizure in her sleep.

Flo-Jo was also accused of using performance-enhancing drugs after a rapid improvement in her form ahead of the 1998 games, but passed all drug tests she took while competing.