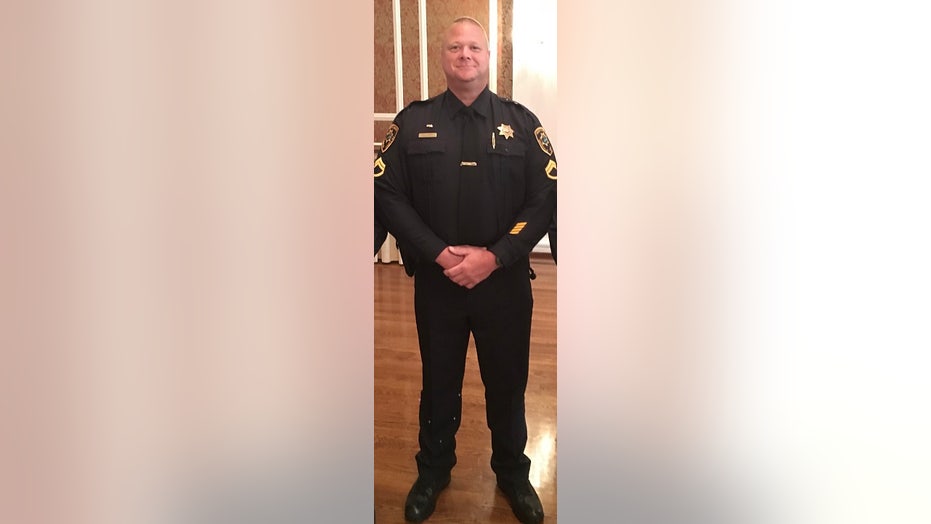 A South Carolina sheriff's deputy died and two others were injured Tuesday following a wreck and physical altercation with a suspect on a freeway, authorities said.

"He was a man of integrity and passion," Lewis said.

He described the 6-foot-4 lawman as a "gentle giant" who had "more certifications and instructed more classes than anyone can count." 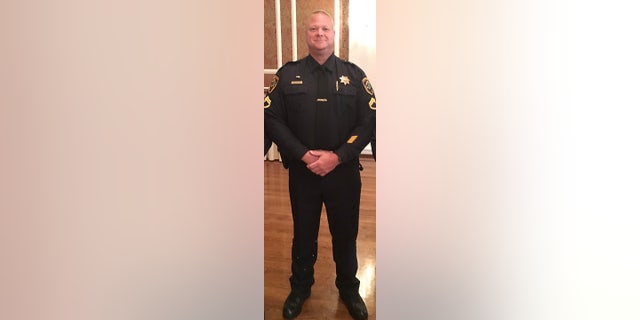 Master Deputy Conley Jumper died Tuesday after an altercation with a suspect that resulted in a wreck on a freeway, authorities said.
(Greenville County Sheriff’s Office)

In 2018, Jumper was presented with the Russ Sorrow Award by Crime Stoppers of Greenville. The award is named after Greenville Police Department Officer Russ Sorrow, who was killed in 1996 while in the line of duty, and is awarded to officers who embody "the ideals of dedication, professionalism, and love for the community."

Jumper initiated a traffic stop just before 3 p.m. on the northbound lanes on Interstate 85, officials said. During the stop, at least one occupant in the vehicle got into a physical altercation with two deputies and a "struggle ensued."

During the struggle, the vehicle accelerated and collided with a tractor-trailer on the road, Lewis said. It was unclear what made the vehicle move forward, he said.

Another deputy patrol vehicle responding to the situation also collided with the suspect's vehicle around the same time, Lewis said. Three deputies and two suspects were taken to a hospital with injuries.

Jumper was pronounced dead at the hospital. The injured deputies and suspects are expected to recover, a visibly emotional Lewis said.

It was not clear if anyone was arrested. No information on the suspects was available. An investiagtion into the incident is ongoing.