Son of disgraced Labour MP Kate Osamor SAMPLED class A drugs before his £2,500 festival deal to test they were genuine, court papers reveal 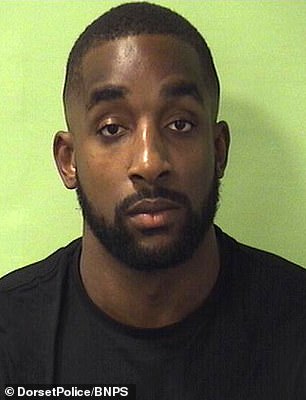 Ishmael Osamor (pictured), whose mother Kate represents Edmonton in north London, admitted he took the class A drugs, supplied by an ‘unknown male’, in order to ensure that they were genuine

The son of a disgraced Labour MP paid £2,500 in cash for drugs at a festival after sampling the product from a dealer, court documents revealed yesterday.

Ishmael Osamor, whose mother Kate represents Edmonton in north London, admitted he took the class A drugs, supplied by an ‘unknown male’, in order to ensure that they were genuine.

In documents giving the first detailed insight into his arrest, Mr Osamor claimed he became the custodian of his group’s entire supply after he and his friends paid the dealer in cash.

‘I was in possession of the drugs and there was a clear intention to supply the same to my friends,’ Mr Osamor, 29, wrote in a basis-of-plea document seen by the Daily Mail.

It is unclear how many friends Mr Osamor was referring to but the haul included 30.89g of ecstasy, enough to make around 250 pills, 5.7g of ketamine, which might produce up to 100 hits, 7.5 grams of cocaine and a small amount of cannabis.

‘We were offered a sample of the drugs to prove that they were genuine and proceeded to make a cash purchase,’ he said.

‘I accept being under the influence of drugs at the festival and this would have accounted for my physical appearance.’

Mr Osamor stood down as a Labour councillor in Haringey, north London, following his guilty plea to charges of possession to supply class A and class B drugs at the Bestival event in Dorset in September 2017.

It is understood he remains in his job as his mother’s chief of staff, a role which earns him up to £43,835 year and provides him with a parliamentary pass. 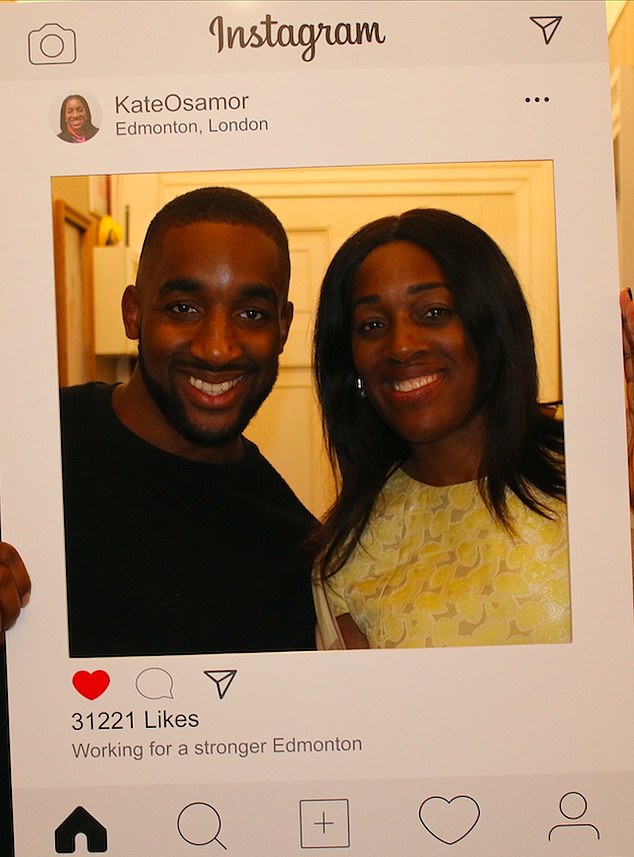 It is understood Mr Osamor (left) remains in his job as his mother’s (right) chief of staff, a role which earns him up to £43,835 year and provides him with a parliamentary pass

Miss Osamor resigned from her role as Labour’s international development spokesman in December after it emerged she had falsely claimed she did not know about her son’s case.

She had said she was unaware of his arrest until after he was sentenced in October. However, she had written to the judge to plead for a short sentence.

Mr Osamor’s account of the events does not clear up whether he and his friends were approached by the ‘unknown man’ or actively sought the dealer themselves.

The written account, which switches between the third and first person, states: ‘I, along with his friends, were approached an unknown male in order to purchase a quantity of drugs for our collective use.’

The statement also fails to clarify whether Mr Osamor was in possession of drugs on his entry to the festival, merely stating that a search by a sniffer dog ‘proved negative’ and ‘I was able to enter the festival without any issue’.

A friend of Mr Osamor, named as Andrew Setterington, 29, from Muswell Hill, north London, was also arrested and charged with possession of cocaine at the festival on the Lulworth Estate. He pleaded guilty at Poole magistrates and was fined £500. 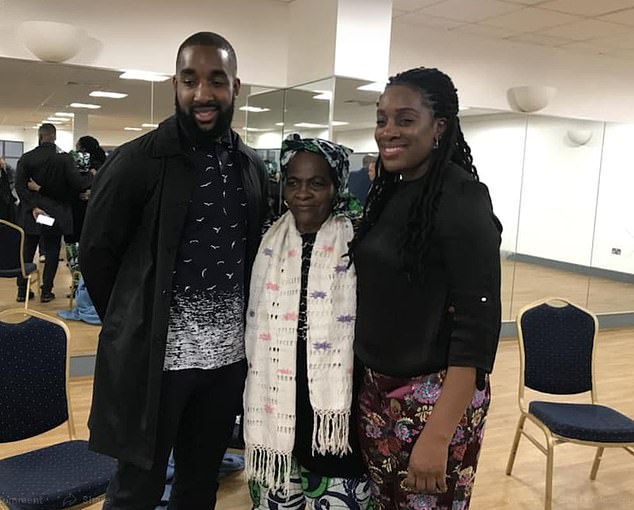 In his basis-of-plea document, Mr Osamor also said: ‘I had thought that my friend had been caught taking something and I did not want to get involved in that, being fearful of the repercussions.

‘My friend was Andrew Serrington and I believe that he was subsequently arrested and charged with simple possession.’

Both Miss Osamor and her son live in a council house in Haringey worth £750,000.

Tory MP Anne-Marie Trevelyan said: ‘By continuing to allow a man convicted of a serious drug-related offence to work in parliament, Miss Osamor is clearly damaging the reputation of this House.’

During the furore over her son Miss Osamor threatened a reporter with a bat and threw a bucket of water at him.

Miss Osamor told a reporter from The Times she should ‘smash his face in’, according to the newspaper, when he approached her for comment.