Social media has gone crazy for Ryan Reynolds’ new documentary series in which he and fellow television/movie star Rob McElhenney buy a fifth-tier Welsh soccer team in hopes of transforming its fortunes.

It remains unclear why the two celebrities decided to buy Wrexham Football Club, but the documentary series Welcome to Wrexham on FX has already created some soccer fans in the US.

‘Who would have guessed an American from Kansas is now a fan of a “soccer” team in Wales,’ one man tweeted, while another called the docuseries ‘elite television already’ after just one episode aired.

Some also compared the two stars endeavor to improve the rankings of the team to the comedy Ted Lasso, in which an American football coach played by Jason Sudeikis is hired to coach an English soccer team despite his limited knowledge of the sport.

One woman said she was losing hope that Ted Lasso would return for a third season, but Reynolds and McElhenney are filling that void.

Others online also said they hope the team ‘makes it up the ranks’ and have called it a ‘true underdog story,’ with one man saying it ‘shows you why sports are magical and man does that give me goosebumps and make me well up with tears 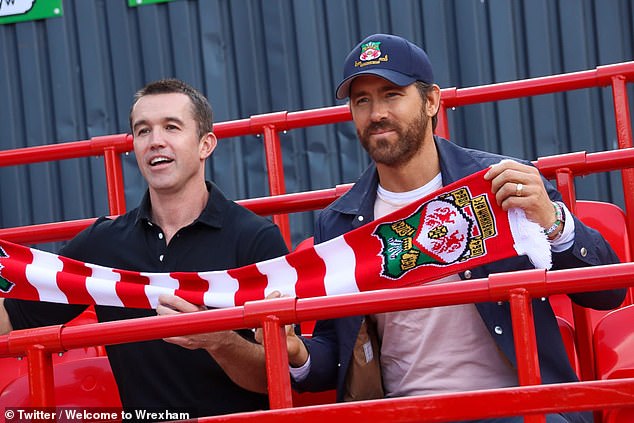 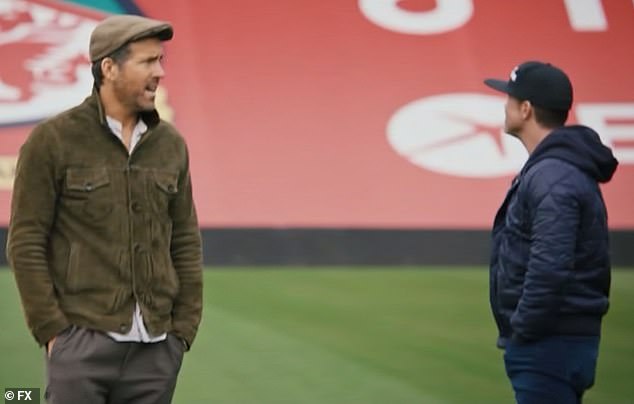 In a clip of the show posted online, McElhenney, right, expresses his concerns about buying the team, but Reynolds, left, assures him ‘It’s gonna work’

Some online have compared it to Ted Lasso, a comedy series in which an American football coach played by Jason Sudeikis is hired to coach an English soccer team despite his limited knowledge of the sport

The docuseries follows Reynolds and McElhenney, best known for his role as Ronald ‘Mac’ McDonald on It’s Always Sunny in Philadelphia, as they decide to buy the fifth-tier team from a small town in Wales.

In a clip of the show McElhenney posted online, the two actors are seen at the stadium deliberating over whether to buy the failing team.

McElhenney, 45, tells Reynolds that ‘there is a real risk for us,’ going on to say: ‘There is a version of the story where we are villains,’ to which Reynolds jokingly replies ‘that’s usually the story in my head.’

‘Yeah [if] it doesn’t work, and then we go “What are we gonna do? We have to sell it.” And then we’re the bad guys,’ McElhenney considers.

But Reynolds, also 45, seems to refuse to think about that possibility, saying ‘F*** that,’ which McElhenney repeats back at him.

Ultimately, the two actors do decide to buy the sports team, vowing to get it up to the fourth-tier by the end of their first full season despite their limited knowledge of the sport. 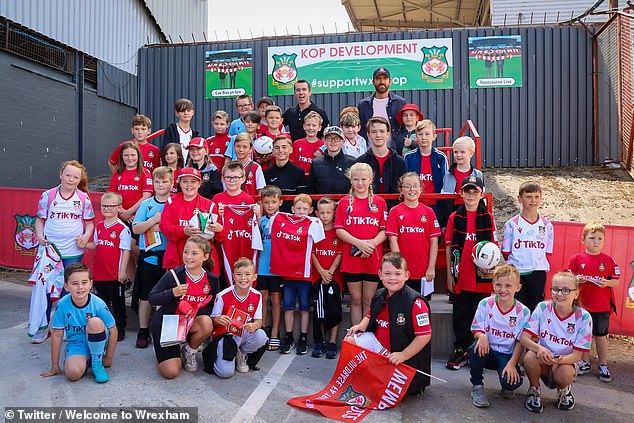 It remains unclear why the two celebrities wanted to buy the soccer club from a small Welsh town. They are pictured with some young fans at the stadium

Still, townies seem to love the idea of the Hollywood big wigs buying their team.

As Angie Han writes for The Hollywood Reporter, ‘the series’ heart really lies with the players, staff and especially the fans associated with Wexham.

‘Big chunks of each episode are given over to interviews of townspeople who speak earnestly about what the sport has meant to them, or the community they’ve found among other fans, or simply what everyday life in Wrexham is like.’

But Han goes on to write that the show has so far failed to provide a deep understanding of the fans and of the town.

It also fails to show the backlash of two wealthy celebrities buying the club or from a mass firing as they seek to improve it.

Much of the docuseries focuses on the reactions of the townies, and on the players themselves 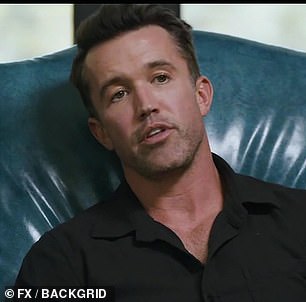 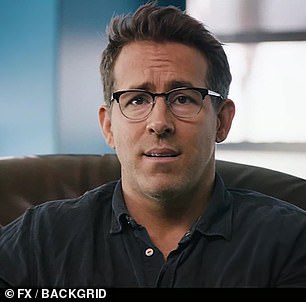 Fortunately, Reynolds and McElhenney seemed to understand their limits with running a soccer club, and instead focus their efforts on promoting the team.

Due to their celebrity status, the two have been able to secure partnerships with TikTok, Expedia, EA Sports and Reynolds’ own Aviation Gin. They have also been able to lure top talent with their money and were able to pay for upgrades to Racecourse Ground — the oldest international football stadium in the world.

‘It’s effectively one long commercial for Reynolds’ and McElhenney’s new joint investment and a pretty savvy one at that,’ Han writes, as some on social media say they will buy Wrexham jerseys or inquire about how they can watch the games in the US.

But, Han continues: ‘If Welcome to Wrexham seems to polished for its own good, well it’d hardly be the first docuseries to field that criticism.

‘At least this one leaves a warm and fuzzy feeling behind, and manages to conjure as much affection for the ordinary fans as for the beloved celebrities who have brought them here.’