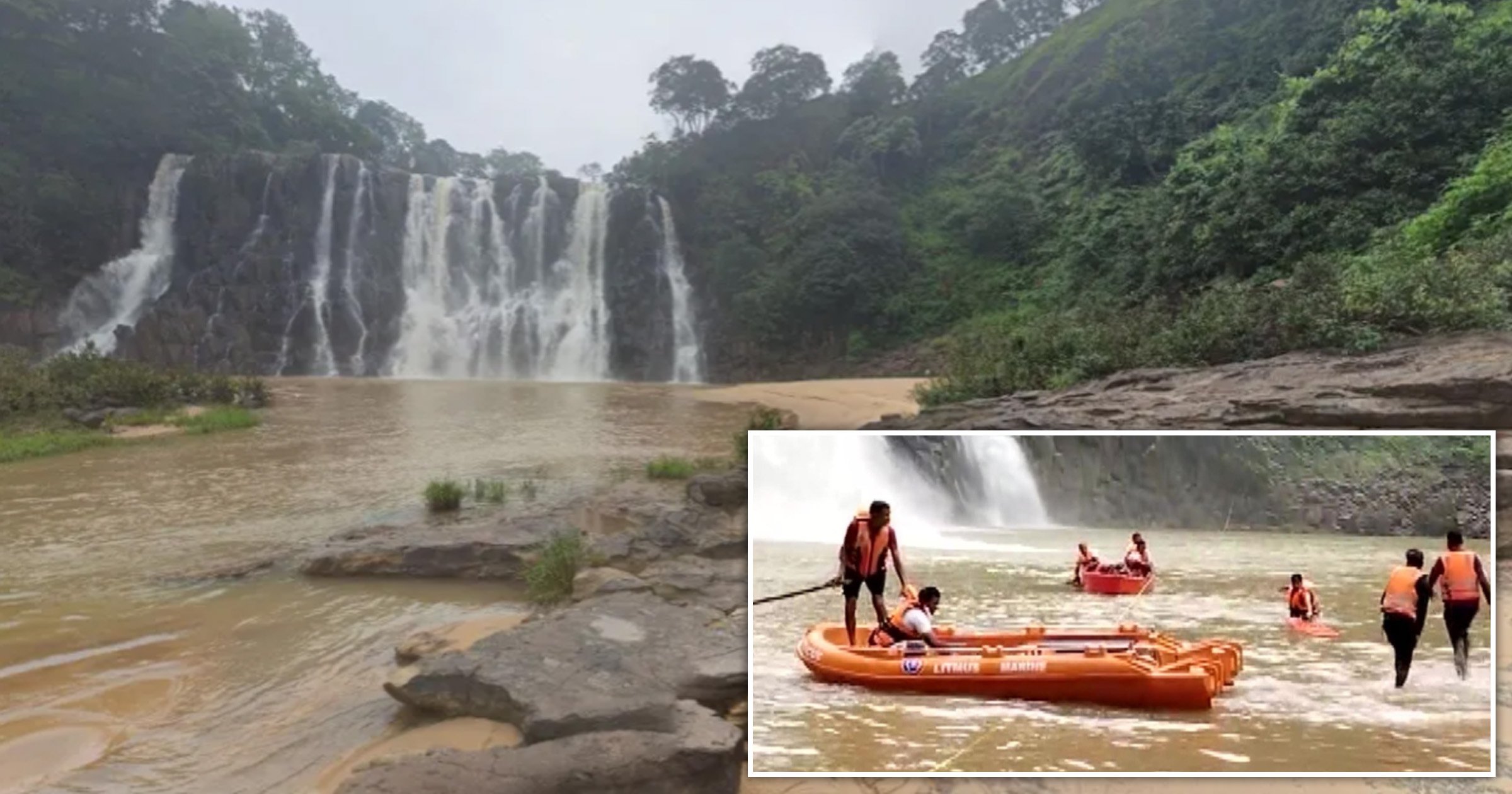 Six members of the same family have drowned while attempting to save sisters who fell into deep waters whilst trying to take a selfie in India.

Shraddha and Shweta Singh, aged 14 and 22, were on a family outing with 15 relatives at the Ramdaha Falls of Chhattisgarh when they attempted to snag a selfie by a beauty spot near the waterfall.

Upon approaching the falls, the younger sister lost her footing and tumbled into the plunge pool to quickly become trapped.

Family members rushed into the water to save them and their brother Himanshu Singh, 18, cousin Rishabh Singh, 24 and his wife Sulekha Singh, 22, dived in while holding hands.

Shortly after, other brothers Abhay Singh, 22, and Ratnesh Singh, 26, also got involved in the rescue mission.

But, within moments of jumping in, all five soon found themselves in the same terrifying situation.

Despite horrified bystanders quickly alerting the authorities, only Sulekha was able to escape from the plunge pool alive.

However, her condition is reported to be critical and she is currently undergoing treatment in hospital.

Divers from the State Disaster Emergency Relief Force had been enlisted to search for the missing family members.

Three bodies were recovered on Sunday evening and another three were pulled from the water on Monday morning.

Police sent the bodies for an autopsy before they were handed over to their relatives, Korea District Magistrate Kuldeep Sharma told Times of India.

Police said that signs were in place at the picnic spot warning visitors not to venture into the waterfall pool.

The tragic incident comes less than six months after three young men, from the Umaria district of Madhya Pradesh, also drowned in the same spot.

India’s Chief Minister of Madhya Pradesh Shivraj Singh Chouhan, expressed sympathies over the incident, which occurred during a family picnic.

The district councillor has said he has alerted the local authorities to look over visiting tourists to ensure that history does not repeat itself.

Ramdaha waterfall is a popular local beauty spot known for its picturesque landscapes, with water falling from heights of 120 feet and spanning up to 25 feet wide.