SICK dog-napping gangs are telling owners “pay or the dog dies” as the number of pooch thefts rockets by 75 per cent in London.

Devoted owners who have had their dogs stolen say they have been getting threatening ransom demands, as the number of dogs nabbed has risen due to a rise in demand during the coronavirus lockdown. 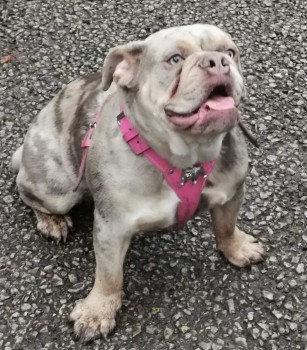 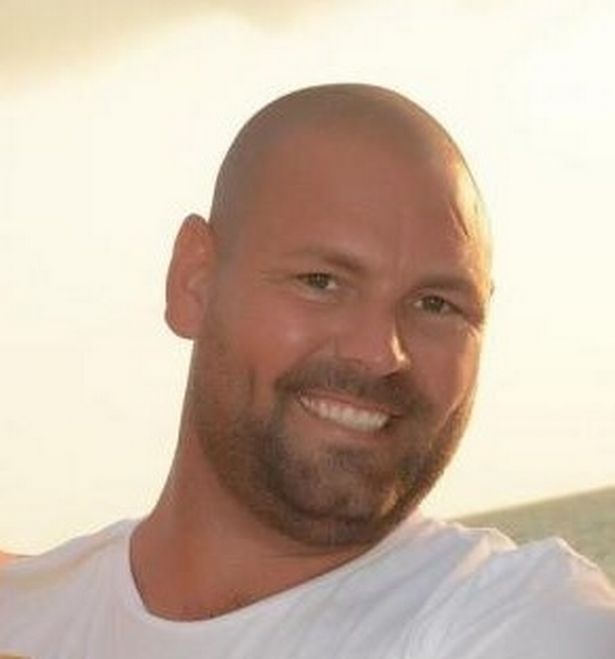 Bodeane Rostron, 35, from Bolton, said Violet, his Old English bulldog, was stolen when his caravan was broken into on April 8.

He told the Mirror: “After she was stolen I received a call from an anonymous number and the person said, ‘Give me £2,000 and you can have your dog’.

“I told them I didn’t have that much money. It’s absolutely vile, no words can describe. It’s devastating, It’s like your child’s been taken.

“Organised criminals are stealing dogs and trying to sell them back. They’re criminals and they’re organised. It’s easy money for them.

“A dog is defenceless as a baby. You do everything to look after them. Violet is so placid and was really comical. Dog theft is rife and is absolutely disgusting, something has to be done.”

Speaking to The Sun, Mr Rostron said he is offering a £1,000 reward for the safe return of Violet.

“I’m not going to fund crime. These people are the absolute scum of the earth,” he said.

He told the Mirror he received 21 scam calls in just one day.

One called demanded £1,000 for her return or Molly would have her “throat slit” and he would be next.

He said: “It’s beyond words how I feel. I got Molly after my wife Brenda died and she has been my constant companion ever since.

“These calls are very disturbing because you live in hope that one of these calls will be genuine.” 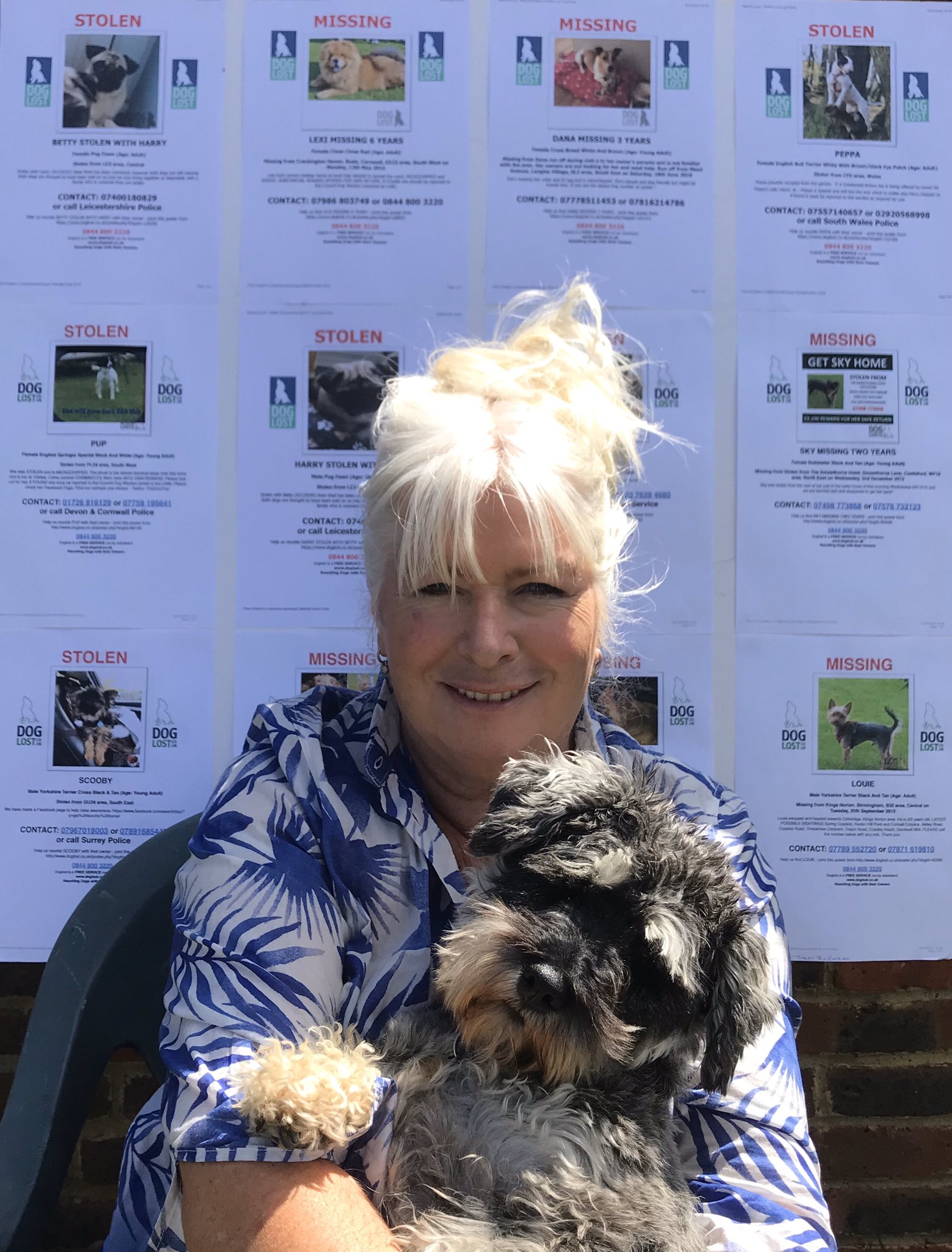 Debbie Matthews, the daughter of Bruce Forsyth, from Stolen and Missing Pets Alliance, said: “Dogs are priceless, irreplaceable members of our families and deserve to be treated with the respect they deserve.

“All the figures are desperately sad and just show you we need the Government to step in and help the public. It’s got to another level now."

The news comes as it was revealed London is currently suffering an epidemic in dog-napping, with cases rising by 75 per cent over the past four years.

Criminals are focusing their attention on prized pedigree pooches that can be worth up to £10,000, according to figures from the Met Police.

Staffordshire Bull Terriers have been the most stolen dog since January 2010, with chihuahuas and Jack Russells also popular breeds targeted by heartless criminals.

Robert Powell, 58, had his puppy a Staffordshire Bull Terrier, Ivy, taken in a burglary at his son’s North London home.

Mr Powell told the Evening Standard: “The thieves broke in round the back of the house while my son was in, it was during the day.

“They only took Ivy even though there was cash and electrical items in the house. They knew what they wanted it was targeted. These dogs fetch so much money they are more valuable than other stuff in the house.

“We are heartbroken, we love Ivy. We have had a massive campaign to get her back. 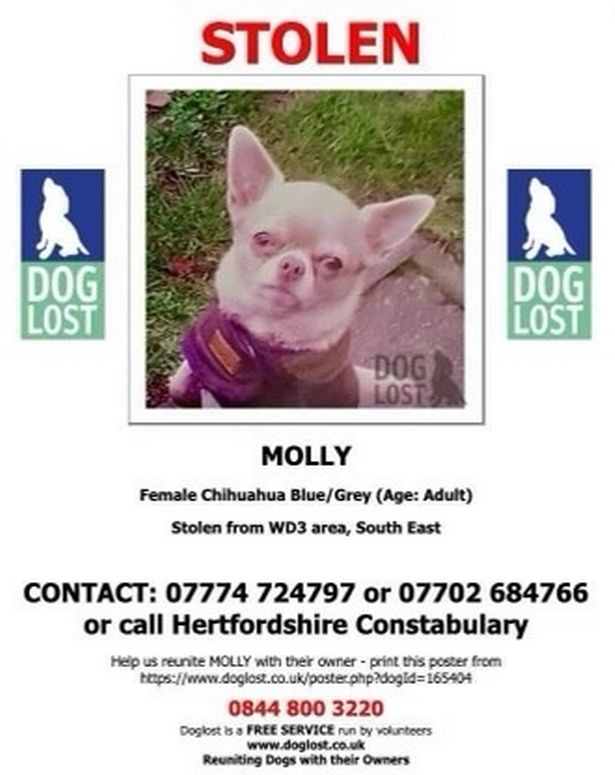 “We have had sightings in King’s Cross but by the time we get there the trail is cold. We bought Ivy in lockdown – these lockdown dogs are getting taken all the time.

“The rewards are obviously worth it for these horrible, heartless, thieves.”

Chief Inspector Vincent Peters of the Met’s Central North BCU said: “I understand that this is an upsetting time for the victims and I want to reassure them that all possible lines of enquiry are being followed up."

The news comes after it was revealed dozens of pups died after cops discovered 46 dogs crammed into cages in a van.

The dogs were found to be malnourished and dehydrated and the van was said to be unventilated.

Patrick Stokes, 24, who lives on a traveller site in Durham was stopped by cops on the northbound M6 on August 22, as he was driving from Cheltenham to Stoke-on-Trent.

On Sunday, Countryfile viewers were left shocked after a guest told viewers about his experience of having his dogs snatched.

Guest John, living in Sussex, had three dogs worth £7,500 stolen from his family home.

He said three of his dogs were stolen from his kennels last year and he found the padlocks had been cut through.