Brother and sister have their uncle JAILED for failing to hand over the £237,500 left to them in their grandmother’s will – and refusing to reveal what he did with the money

A brother and sister have had their wedding planner uncle jailed in a £475,000 family fight over their grandmother’s will.

Mark Totton was left in charge of his mother, Hazel Totton’s estate when she died in 2019, leaving half of her worldly goods to her granddaughter, businesswoman Hollie Totton, 25, and grandson Daniel Washer, 19.

But three years later, the wedding and events planner has failed to give his young niece and nephew their £118,750 share of the inheritance and still refuses to say what he did with the money.

The siblings, from Essex, sued their uncle at the High Court – and have now had him jailed for breaching a court order aimed at getting him to hand over their grandmother’s cash to them.

Mr Justice Leech said Mr Totton had ‘deliberately failed to comply with his duties as executor’, and ‘flouted orders of the court’ with the result that his niece and nephew have been kept out of their money for three years already.

On Friday, the High Court in London heard that the brother and sister were each left a quarter of their grandmother’s £475,000 fortune when she died in 2019, with their uncle getting the other half.

Miss Totton is a business project manager while her brother is a university student.

Their uncle, 51, is an events organiser at a wedding and conference venue and father-of-one. 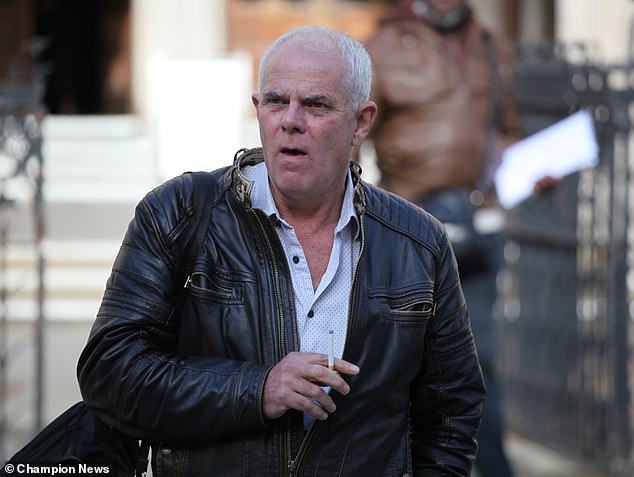 Mark Totton had been placed in charge of dishing out his mother’s £475,000 fortune but the wedding planner refused to hand out any of the inheritance left to his niece and nephew. Totton is pictured arriving at the High Court in London on Friday 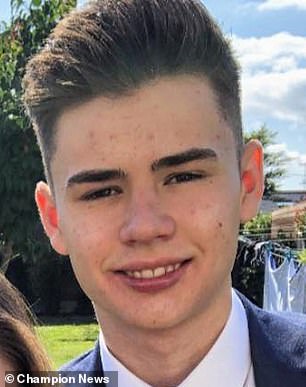 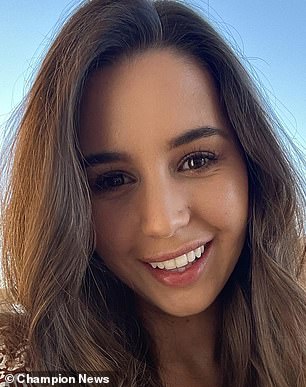 But neither of the siblings has seen a single penny since, after their uncle, as executor of the will, was left in charge of dividing up the money.

The siblings’ barrister Victoria Adams told the judge that three years after their grandmother’s death they are still waiting.

Earlier this year, they sued their uncle in a bid to force him to comply with his obligations as administrator of his mother’s estate and hand over their inheritance.

But he did not do so and went on to breach a court order which the judge said had been designed to help find out what is in the estate and ensure they get their share.

He had been ordered to set out the assets of the estate within a certain time and to give a full account of his dealings with it but failed to do so and was ordered back to court.

Despite not turning up to face justice, he was found in contempt of court in August and, after being tracked down by police last month, was finally jailed for six weeks on Friday.

But the judge said Mr Totton still refused to say more about where the money has gone, choosing instead to exercise his right not to ‘incriminate’ himself.

He said Mr Totton had failed for months to engage with the court process and was only brought to court for the hearing in August after police were sent to his home.

He had then finally ‘taken steps’ to comply with the court orders by listing what was in the estate – £425,000 from the proceeds of sale of his mum’s house and £48,000 in savings and investments.

But he only did that in a statement signed last week, said the judge, and had gone on to say that he had been advised to say nothing more in order to avoid ‘self-incrimination’.

Through his lawyers, Mr Totton told the judge that he had never been in trouble with the police before and was a family man who stood to lose his job if imprisoned.

He had always been supportive to his mother and family, including his niece and nephew in the past, and had suffered depression amidst the family row over his mum’s will.

Jailing him, the judge rejected the argument that he had never been in contempt of court on the basis he could have relied on his right to say nothing and not to ‘self-incriminate’ from the start.

He said his failure to provide information about the estate and what happened to it when he was told to amounted to ‘serious, contumacious flouting of orders of the court’.

Hollie Totton and her brother sued their uncle in bid to force him to comply with his obligations as administrator of his mother’s estate. Ms Totton pictured arriving at the High Court in London on Friday 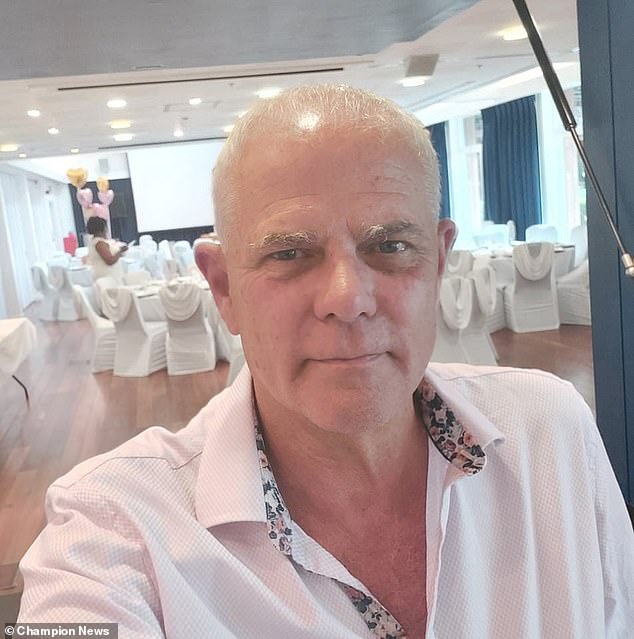 Mr Totton needed to be tracked down by police so he could be hauled in front of a judge. Explaining his actions, the wedding and events planner said he had put his ‘head in the sand’

‘Both applicants are young people and have been kept out of their share of the estate for almost three years and over two years since the principal asset was sold,’ he said.

‘With some hesitation, I reject the submission that he has never been in contempt of the order.

‘I find therefore that he remained in contempt of the order until October 6, 2022.’

He added: ‘Although he has complied with the order to the extent he has not incriminated himself, he remains in breach of his obligations to distribute their share to the claimants.

‘The purpose of the original order was ultimately to ensure compliance with that obligation.’

The judge said he may have considered suspending Mr Totton’s sentence if he thought it might encourage him to give his niece and nephew their inheritance.

But he said Mr Totton’s lawyers had not suggested a suspended sentence on the basis he ‘intended to comply with his obligations’ was appropriate.

He ordered that Mr Totton surrender to begin his sentence on Monday morning and to pay his niece and nephew’s £18,000 legal bills.

Speaking at a hearing last month, when he was brought to court after being arrested, Mr Totton said: ‘I put my head in the sand.

‘I was relieved when the police turned up to get the matter resolved.

‘I apologise to the court, there are no excuses.’

The siblings’ barrister, Ms Adams, said they would have to consider what steps next to take in their attempt to get their inheritance.