Shocking x-ray images show 49 lead pellets which were found lodged in the face and body of a cat who survived a horrific shotgun attack near his home.

Oscar, eight, was rushed to a vet in Ludlow before Christmas after his owner Mike Cooke noticed he was breathing heavily and wasn’t eating well.

He was initially diagnosed with a cold, but after his condition failed to improve an x-ray was performed and Mr Cooke was shocked to discover some 49 lead bullets scattered throughout his body.

Around 11 of the lead pellets were lodged in the cat’s face, with one embedded in his nose which was affecting his ability to eat. 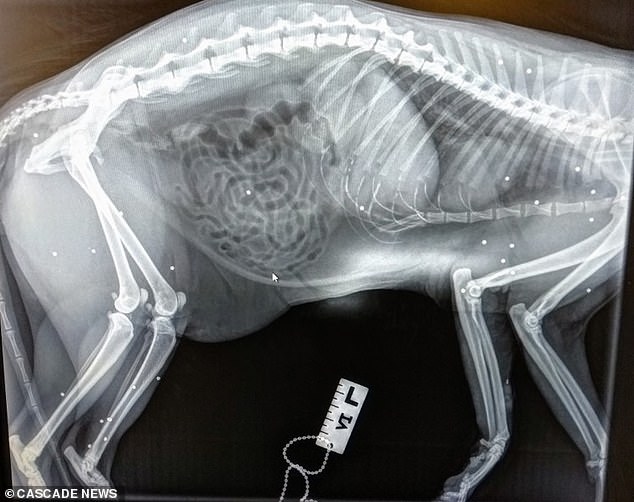 Mr Cooke said that, worryingly, Oscar must have been shot in a residential area as he does not stray far from their home in Shropshire.

‘He was having problems and making a terrible noise breathing. Initially it was diagnosed as a cold but it just went on’, Mr Cooke said.

‘Eventually he had an x-ray and we were quite surprised to discover he had been shot. It must have happened very, very near the house which is really concerning.

‘It is quite a built up area and there are a lot of children around here.’

Oscar, a former stray who he described as a ‘very soft cat who loves attention from anybody’, is now back home and is expected to make a full recovery. 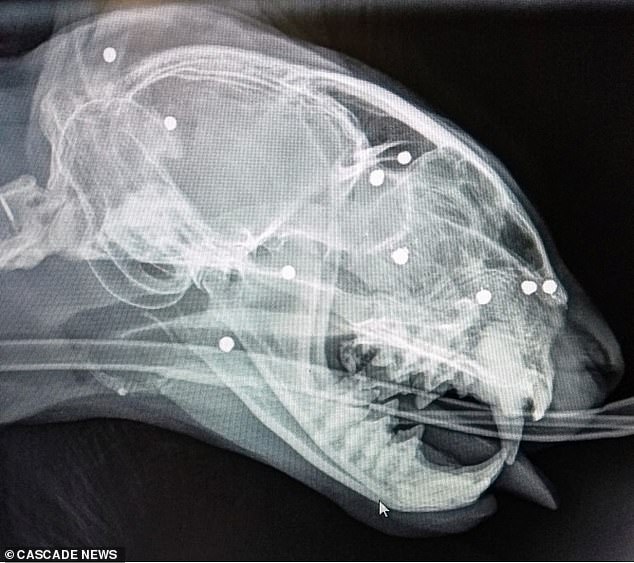 Around 11 of the lead pellets were lodged in the cat’s face, with one embedded in his nose which affected his ability to eat 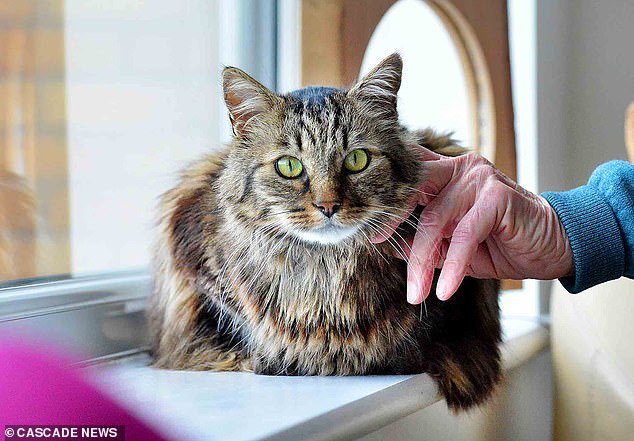 Oscar, a former stray who he described as a ‘very soft cat who loves attention from anybody’, is now back home and is expected to make a full recovery

He has been part of the family since arriving on their doorstep in France eight years ago, and came with them to Ludlow when they relocated there in 2018.

Vet Iain Prentice treated Oscar at the Teme Veterinary Practice until he was well enough to return home.

Mr Prentice said: ‘Oscar was brought to us not eating and with noisy nasal breathing.

‘We suspected that he might have a foreign body but were astonished to find on x-rays under anaesthetic that he had multiple pieces of lead shot in his body – 45 in all – including one apparently in his right nasal cavity.

‘We tried unsuccessfully to remove this by flushing, but fortunately for now Oscar has improved really well on medication, so we are watching his progress carefully.

‘If his nose becomes a problem again we may have to refer him to a specialist to attempt removal of the shot from his nose with an endoscope.’