THIS is the shocking moment a mass brawl erupted in the middle of a London street during a booze-fuelled Bank Holiday weekend.

Footage shows a reveller swinging a punch directly into the face of another man who falls to the pavement during the road-side fisticuffs in Stratford on Saturday. 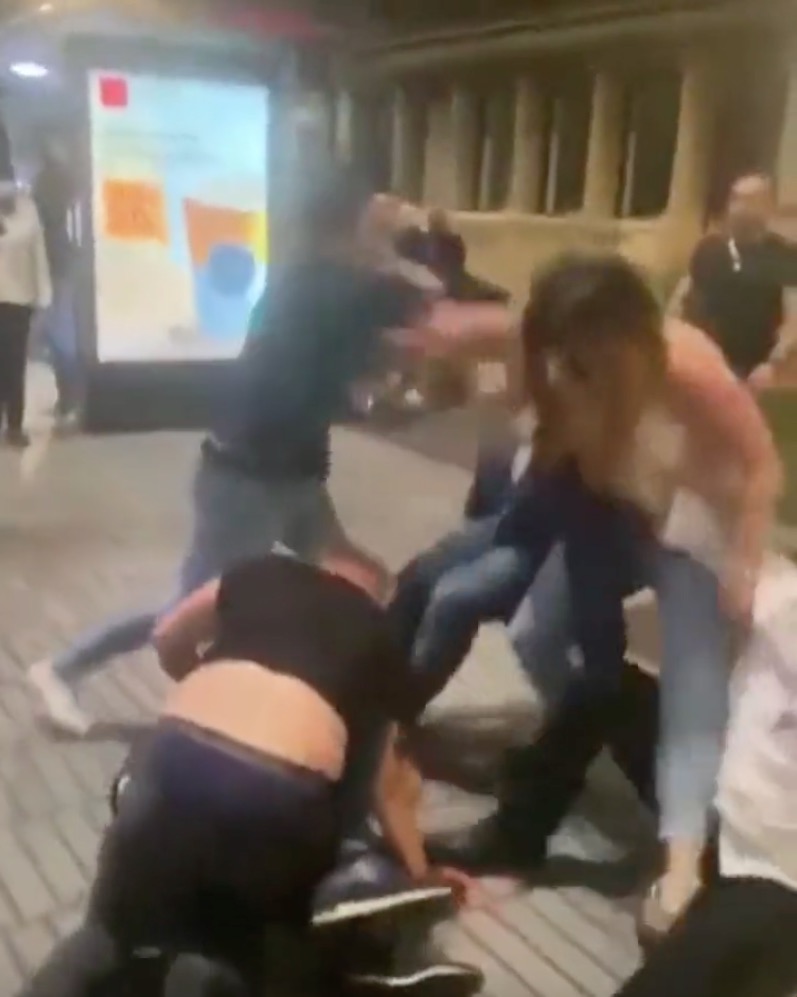 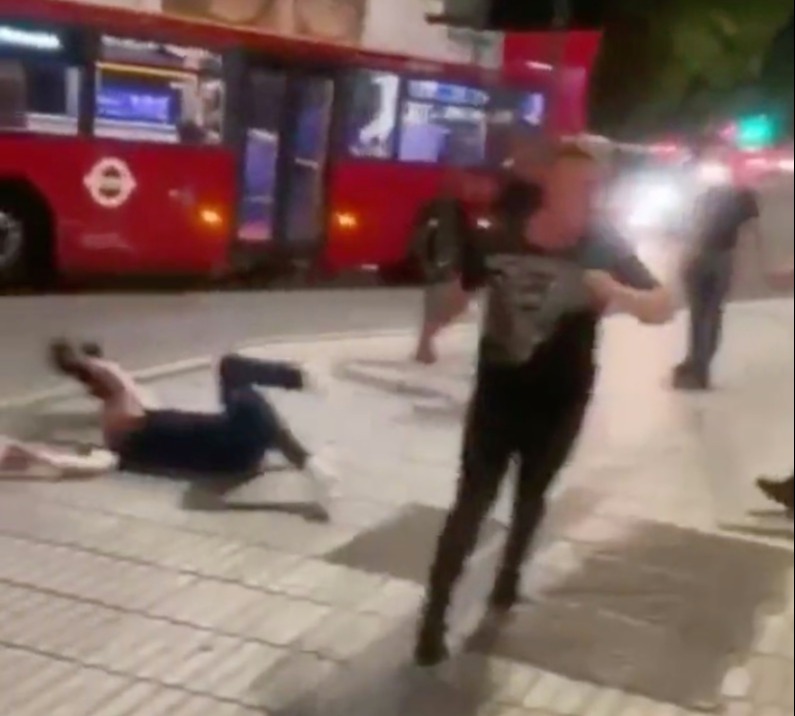 The first brawler then walks over to another man who also falls to the floor in a separate clash.

The brawl appears to come to a close when a man in a white shirt with a lanyard around his neck intervenes.

He pulls one of the punch-throwers to the side and is seen speaking to him before the video finishes.

Cops attended the scene but the group – none of whom were seriously injured – had already dispersed.

A Met Police spokesperson said: "Police were called at around 11.15pm on Saturday, August 28, to a fight in Stratford Broadway.

"Officers attended the location but those involved had dispersed. There was no arrest.

"We are not aware of any serious injury. We are aware of footage circulating on social media.

"Anyone who knows the identity of those involved in this incident is asked to call 101 or Tweet @MetCC quoting 7976/28aug. 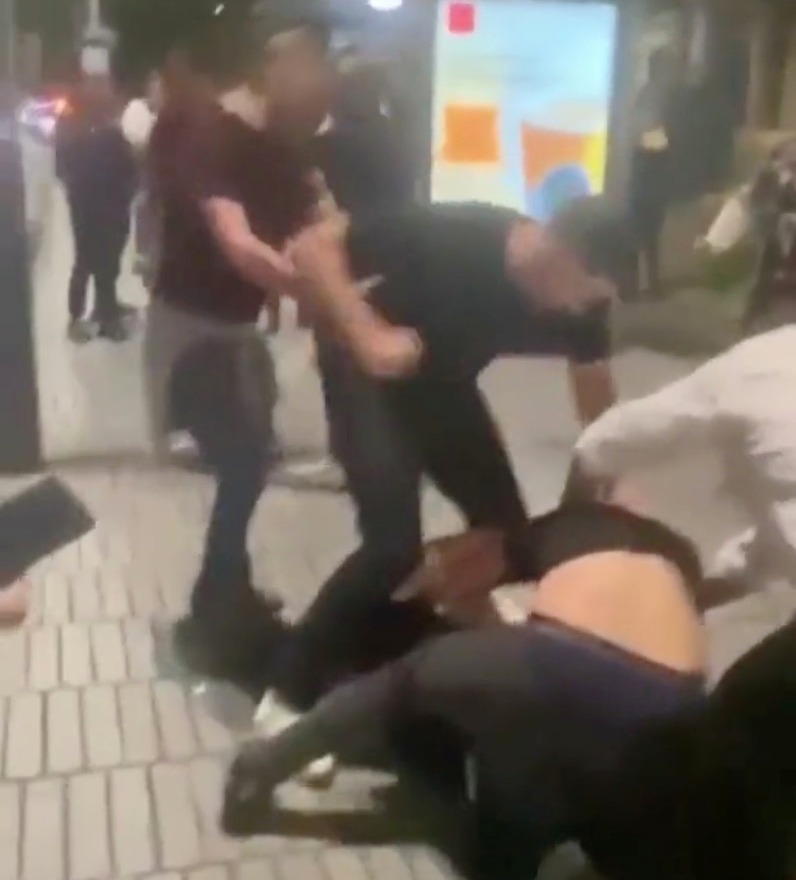