THIS is the shocking moment a dad films his young son driving a lorry as it speeds down a highway.

The footage, which recently went viral on social media, is believed to have been recorded in Brazil. 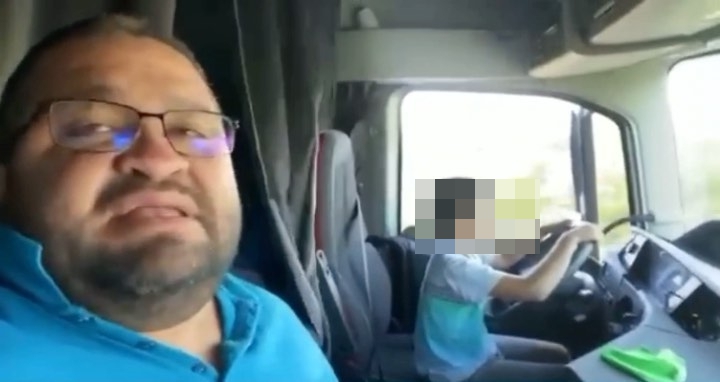 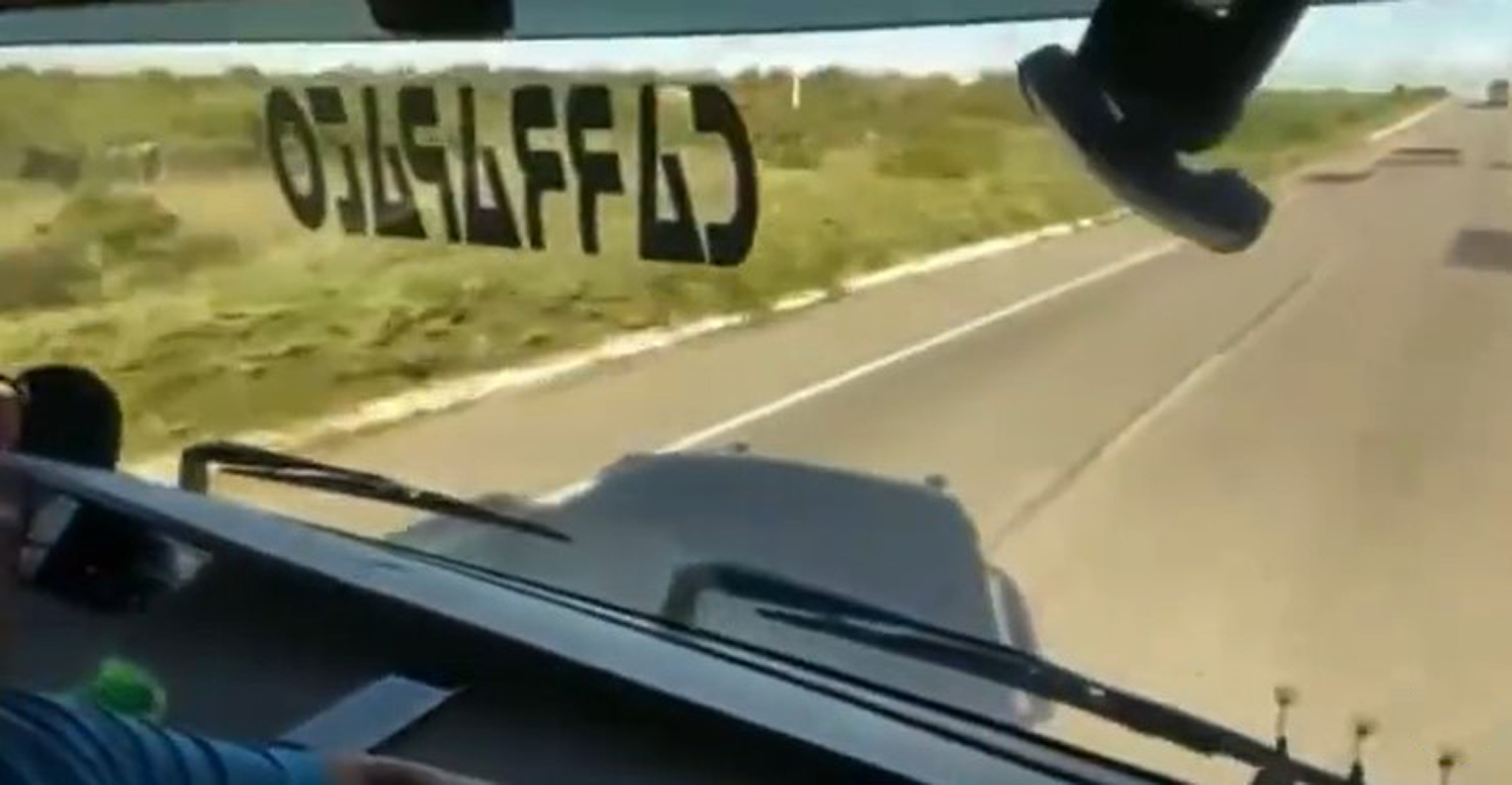 The short clip shows the child sitting on the edge of the driver's seat while reaching the pedals.

The boy, believed to be ten-years-old, is in control of the truck without wearing a seatbelt.

Meanwhile, his dad, who is also not wearing a seatbelt, films the dangerous journey while speaking to the camera.

"Here we are, look, involved in the race," the dad says.

"Some guys will say 'you're crazy'. I'm not going to steal a pistol or a revolver, nor have I sent him to steal or take drugs.

"This is my pride, look. To be like him, a lorry driver."

The dad moves the camera around to face the single carriageway ahead, where another lorry can be seen approaching the opposite lane.

It is not clear when or where the video was recorded.

The footage was posted to Instagram on the page 'qualificados_101', which is apparently dedicated to lorries, on July 5.

It is not known if the man in the video was identified or arrested for his clear breach of the Brazilian traffic code.

Last September, a man was arrested after a video emerged of a young girl driving a lorry on a dual carriageway in Northern Ireland.

The clip, which was shared on social media, shows the child at the wheel of the lorry apparently driving on the A4 near Dungannon, County Tyrone.

Police arrested a 49-year-old man on suspicion of a number of offences.

They said these included "aiding and abetting driving whilst disqualified by reason of age and cruelty to children".

Earlier that month, another shocking video went viral after it appeared to show a child driving a lorry on a busy motorway.

Police in Northern Ireland launched a probe into the eight-second viral clip that showed a child driving an HGV down the M1.