THIS IS the shocking moment a blood-soaked Florida man clings to a semi truck for dear life as it barrelled down a highway for nine miles while horrified motorists looked on.

Shocked motorists caught the instant when a bloodied Florida man clung to a speeding semi's windshield as it tried to shake the man off its hood. 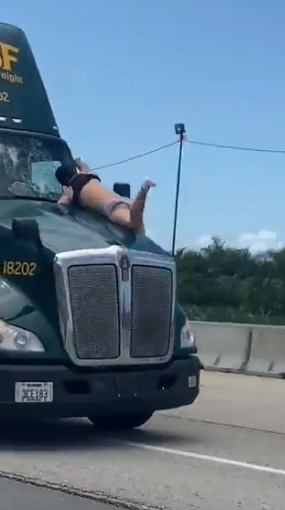 "Florida be like what the f–k," said Erik Morales, whose video of the incident has been watched close to 5 million times on Twitter alone.

As Morales and his passengers narrate the incident, his video shows an ABF Freight semi-truck with two trailers driving erratically trying to shake the man off its hood.

After a few more curses, Morales speeds up to catch the truck and captures the man in what appears to be underwear and a black shirt rolled up to his shoulders with a gold chain hanging around his neck.

"Call the police," the man yells at Morales. 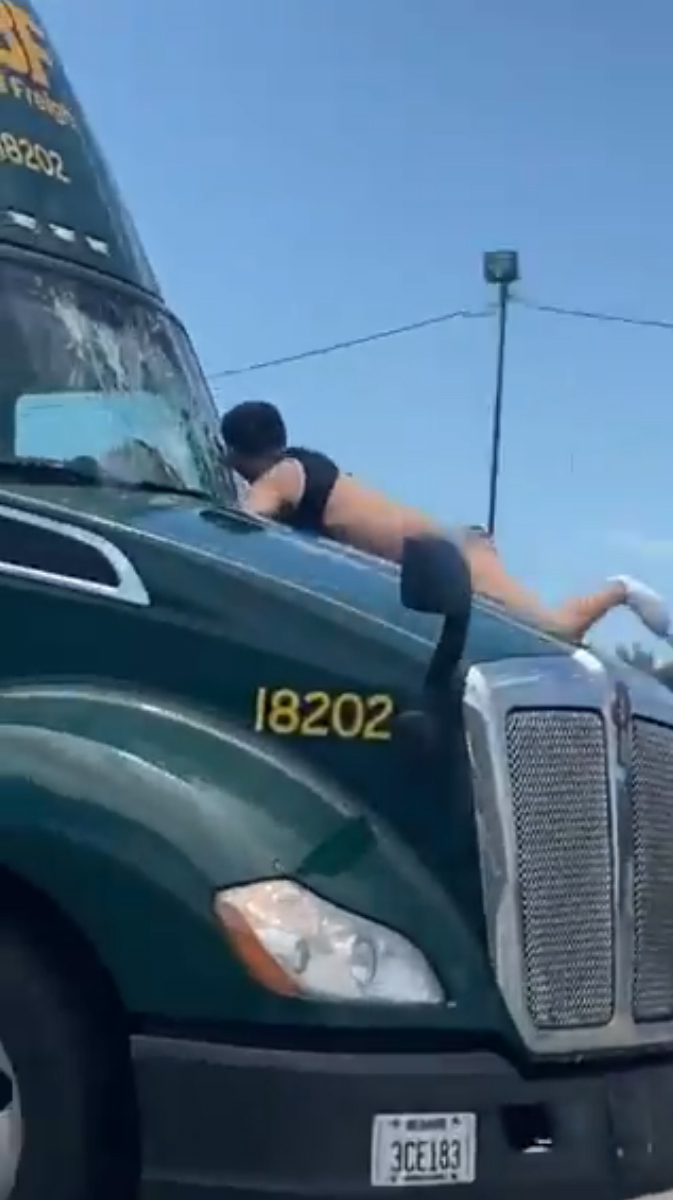 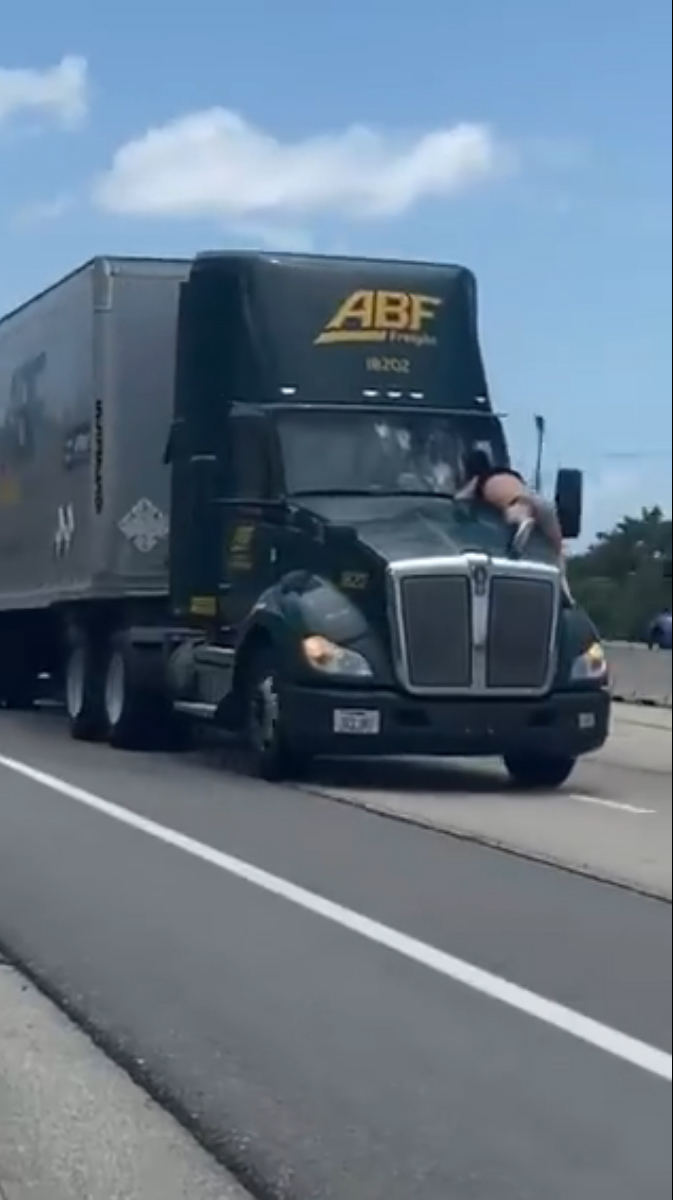 The driver of the semi-truck then brakes suddenly in an attempt to slow down, but the man still hands onto the hood as a passenger in Morales' car yells "What are you doing?"

Florida Highway Patrol said they were alerted to a "disorientated" white male who had abandoned his car on an exit ramp near Boynton Beach Saturday afternoon.

Police say they man was driving a Toyota SUV with a male passenger on the highway. The passenger then called the police to tell them the driver spontaneously stopped the car on the exit ramp and began walking on the highway.

The passenger told police he jumped over the concrete barrier between highway I-95's northbound and southbound lanes before flagging down the truck.

The truck driver, identified as Edward Hughes, said the man was drenched in blood when he waved down the truck. When Hughes stopped, he said the man latched onto the hood and used a metal object to break the windshield.

Hughes said he panicked and slammed the pedal in an attempt to shake off the man, but photos he shared show shattered glass on the truck's floor.

Hughes drove nine miles with the man attached to the hood of his semi before he finally flagged down officers, who pulled him over and took the man into custody. The man was taking for an evaluation at Wellington Regional Hospital.

It is unclear what motivated the man, or whether either he or Hughes would be charged.