Cocaine Britain: Seizures of class A killer drug triples to 10 tons – the highest since records began in 1973

Shocking Home Office figures released today showed the amount of the Class A drug being seized around the country trebled between 2018 and 2019.

Police officers and border officials made more than 150,000 drug seizures in England and Wales during 2018 and 2019, the statistics show.

Met Police chiefs have previously hailed an increase in stop and search in the last year as they battle gangs in the capital, but it is unclear whether an increase in the tactic led to the rise in seizures. 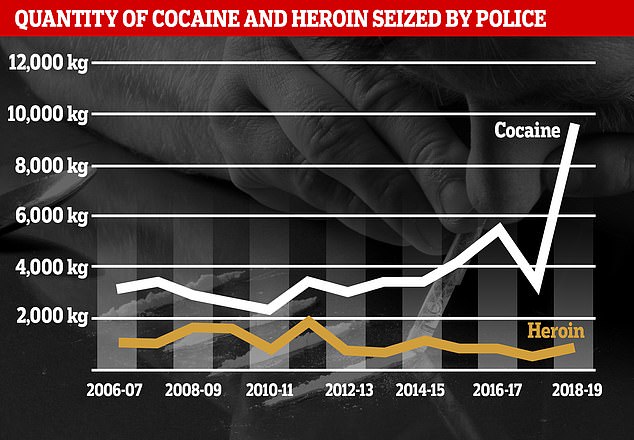 Seizures of crack by police forces increased by 20% and the amount of ecstasy confiscated more than doubled to 2.2 million doses.

‘While Border Force seizures made up a small proportion of the total number of seizures, they tended to comprise much larger quantities.

‘This reflects the fact that seizes made by the territorial police will tend to be dominated by the apprehending of individuals with smaller quantities of drugs, for example for personal consumption, whereas Border Force will catch those involved in the trafficking of larger quantities for supply. 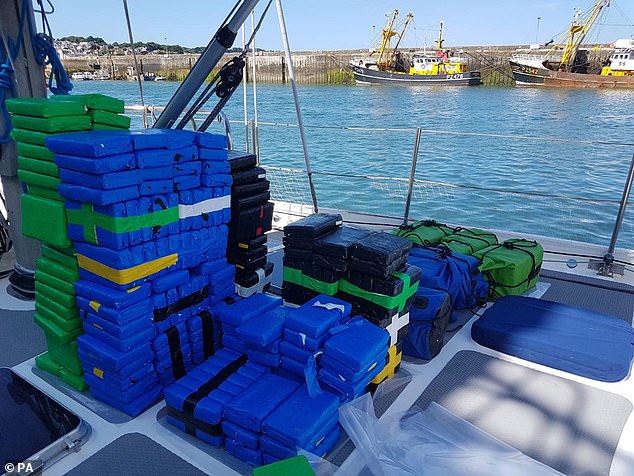 The stats were released a week after a Dutch man was jailed for trying to smuggle 1,161 blocks of high-purity cocaine into the UK on a yacht

The huge scale of the drugs seizures come after research earlier this year found Londoners are taking more cocaine that Barcelona, Amsterdam and Berlin combined.

The cocaine market in the UK’s capital is worth an estimated £1 billion a year and those who live in London are taking more of the drug than other major European cities on a daily basis.

Tests by forensic scientists at King’s College London University revealed that Londoners consumer 23kg of the Class A drug every day. 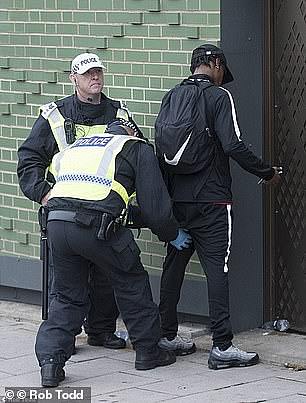 The scientists looked at waste water in the capital and tested it for the compound produced when the body breaks down cocaine, known as benzoylecgonine (BE)

Met Police Commissioner Cressida Dick has said soaring demand for cocaine is behind the violent drug wars which have seen stabbings and street violence soar in recent years.

Speaking in May this year, she said: ‘Undoubtedly, the drugs markets are a big part of the problem. There is big demand, there is big money to be made.

‘There are lots of fights going on between drugs gangs and they have been using modern communications and other methods to recruit and groom young people and those young people end up in violence, either as the victim or the offender or both.’