He once famously described the Chinese leadership as ‘appalling old waxworks’.

Now Prince Charles risks incurring the wrath of the country’s elite once more after his charity the Prince’s Trust refused to accept any new donations from Chinese technology giant Huawei.

The Prince’s Trust is the latest to suspend payments from the company. The charity, which was founded by Prince Charles in 1976 to help disadvantaged young people in Britain, said it had received £490,000 from Huawei since 2007. 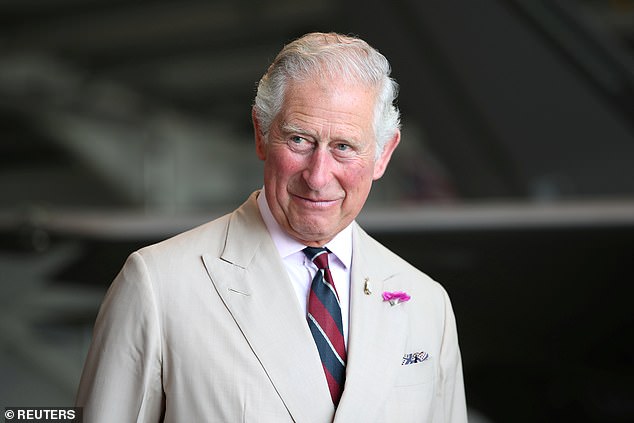 A spokesman for the trust says: ‘At present, we are not accepting new donations from Huawei in light of public concerns.

‘Future donations will continue to be reviewed by our ethical fundraising committee.’

Huawei is a major supplier of broadband products and mobile networks in Britain. But it has come under scrutiny in recent weeks amid warnings that its technology poses spying risks.

Meng Wanzhou, Huawei’s finance boss and daughter of its founder, was arrested in Canada before Christmas at the U.S.’s request over alleged violations of sanctions on Iran.

A spokesman for Huawei says ‘We were disappointed to hear this news from the trust, as we have the greatest respect for the excellent work it does with young people.

‘We are proud of our ten-year partnership and of course hope we can work together again in the future.’

The Royal Family is not afraid to offend Chinese sensibilities. The Duke of Edinburgh has called Beijing ‘ghastly’ and, while on an official visit to China, once told a group of British exchange students: ‘If you stay here much longer, you’ll all be slitty-eyed.’ 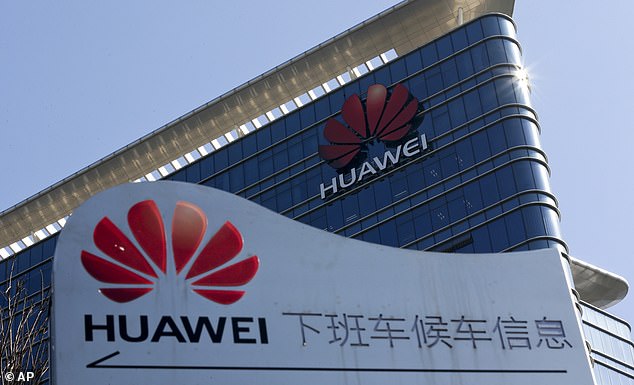 Who was the noisy so-and-so at Cate’s play? The director!

Forget about mobile phones going off and disrupting theatre performances.

Audience members at Cate Blanchett’s new play this week at the National Theatre demanded their money back after a woman in the auditorium sat through the entire preview tapping away on her laptop and continued despite being asked to desist.

It transpired the offender was none other than the play’s director Katie Mitchell — and the NT promptly offered complainants refunds.

The play, When We Have Sufficiently Tortured Each Other, marks Blanchett’s return to the West End stage in a controversial drama which involves cross-dressing and simulated sex. 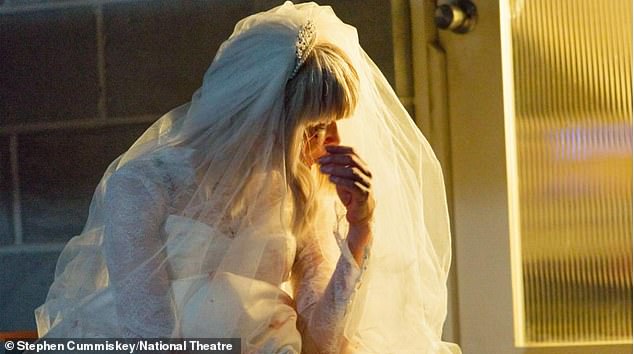 But it was Mitchell’s antics that upstaged the Hollywood actress.

‘My whole row was disturbed and kept getting me to ask her to stop,’ fumes theatregoer Karen Mount, who paid £40 for her ticket.

‘How can the audience be asked to turn off their mobiles when the so-called ‘creatives’ don’t give a damn?’

A spokesman for the National tells me: ‘The director was in the audience to note the show during previews, as all theatre productions are worked on during preview performances in the lead up to the opening night.’

Donald Trump may be too busy for Davos but he apparently has time to meet Alexander de Cadenet, artist brother of TV presenter Amanda.

The purpose is to discuss de Cadenet’s life-size sculpture of the American president which features Trump riding a bullock on top of a giant burger. ‘I’m going to Mar-a-Lago to meet with Donald Trump in March,’ de Cadenet tells me. ‘The idea is to discuss with Donald some ingredients for his burger statue. It’s a public commission for the UK.’

De Cadenet declines to name the British city where the work will be unveiled until planning consent has been secured.

Dame Kristin is all bright on the night

Four Weddings And A Funeral star Dame Kristin Scott Thomas nearly eclipsed the catwalk models at a fashion show in Paris this week.

The 58-year-old, who splits her time between London and the French capital, arrived in a Valentino scarlet coat teamed with multi-coloured trousers and red heels.

The bold sartorial choice comes not long after she complained about feeling invisible.

‘I can turn it on and off, but if I’m not paying attention, if I haven’t decided to turn it on, then I just disappear,’ she said. No risk of going unnoticed on this occasion. 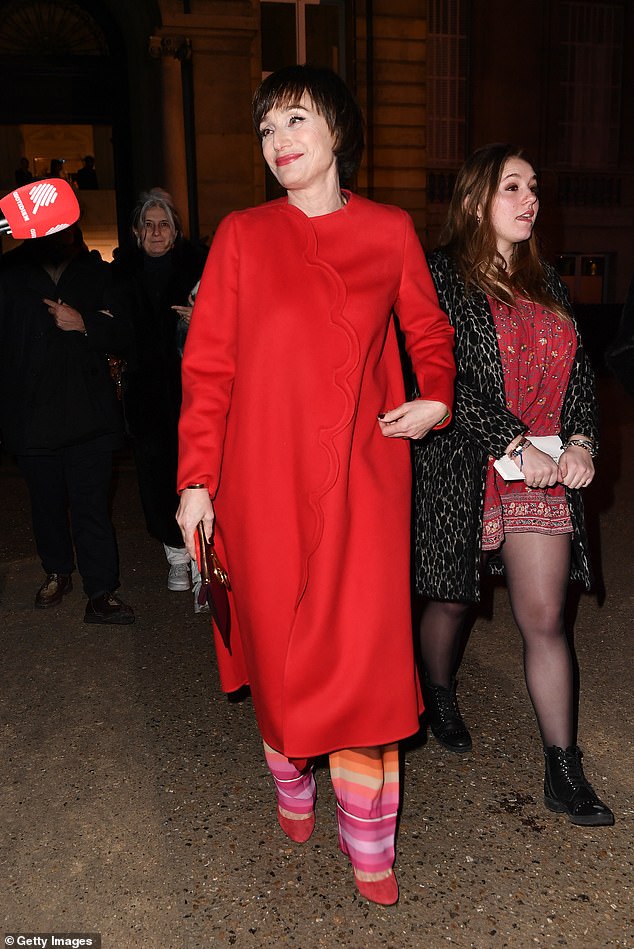 Dire Straits frontman Mark Knopfler is not sentimental about the OBE he was awarded.

Where does he keep the honour? ‘In a drawer somewhere. Or it could be in a box in storage.

I’ve got an awful lot of baubles and they’re useful as doorstops.’ Knopfler turned down a £100 m offer to reform the band, which he started with younger brother David. ‘I think he did all right. I think he has plenty of dough.’

As Ed Miliband continues on his journey into political irrelevance on the Labour backbenches, his wife Justine Thornton is swiftly climbing up the judicial pole.

She has been appointed a High Court judge, two years after being made a QC.

Sadly, it means she will have even less time to spend in her two kitchens.

In 2015, then Labour leader Ed was mocked after he admitted he had two kitchens in his North London mansion, but said he and his wife chose to use the smaller one upstairs.

Academy Awards organisers have been accused of sexism even before the ceremony has taken place.

After the nominations were announced, Poldark star Heida Reed quickly pointed out that all five of the candidates for the Best Director Oscar are men.

This week she posted online: ‘It seems the studios don’t support female directors and artists.

‘It’s a shame — there’s a lot of talent out there being ignored and stopped from gaining publicity and recognition.’

The world’s ‘most beautiful royal’ Lady Amelia Windsor is trying to become the most eco-conscious.

The Duke of Kent’s granddaughter has pledged to try to pick up a piece of litter a day and buy only sustainable fish and organic chicken twice a week.

‘Be more courageous,’ the 23-year-old says, ‘and try and encourage others and appreciate the beauty of our planet every day.’