An army of volunteers searching for missing mom Suzanne Morphew will begin searching for her in mountainous central Colorado on Thursday following her disappearance in May.

The search effort will be led by her brother Andrew Moorman, who has said he believes Morphew was murdered, Denver7 News reported. Moorman traveled from his home in Indiana for the search.

As many as 700 people may participate in the search, according to The Herald Bulletin. The search is scheduled to last from Sept. 24 to 29.

"The Chaffee County Sheriff’s Office and the Colorado Bureau of Investigation want to support this effort. Although our team is unable to coordinate and lead this effort due to liability issues we want to support this effort in several different ways," Chaffee County Sheriff John A. Spezze said in a statement earlier in September. "We will be staffing our command post with liaison personnel to assist Moorman search members."

Morphew, 49, was reported missing from her Salida, Colo., home by neighbors on Mother's Day, May 10. She left in the morning on a bike ride and was never heard from again. Authorities haven't made any arrests in the case, according to The Herald Bulletin. 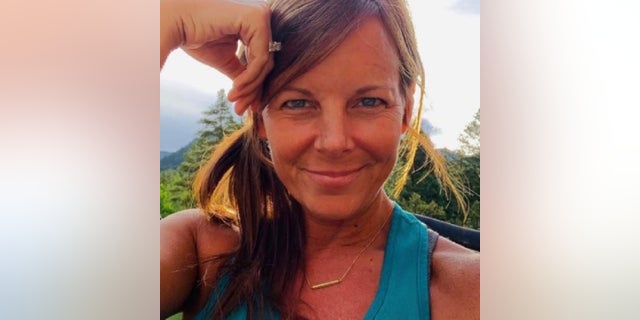 Suzanne Morphew, 49, went missing May 10 after leaving her Colorado home to go on a bike ride, her husband, Barry Morphew, told authorities. In a phone interview with local media, Barry Morphew said authorities are trying to blame him for his wife’s disappearance after bungling the case.
(Chaffee County Sheriff’s Office)

The day Morphew disappeared, the Morphews' daughters were on a camping trip.

Morphew's friends called one of her neighbors when they couldn't reach her. That neighbor called the police to report her missing.

Her husband, Barry Morphew, has said he believes his wife may have been attacked by a mountain lion.

Investigators searched the area where Morphew was riding her bike. They found the bike, but not Morphew.

"The bicycle was not ridden over the hill," Moorman told Fox59. "It was thrown there by human hands."