New York: A two-vehicle collision involving a limousine has left 20 dead in upstate New York, police said on Sunday. Federal investigators were heading to the scene. 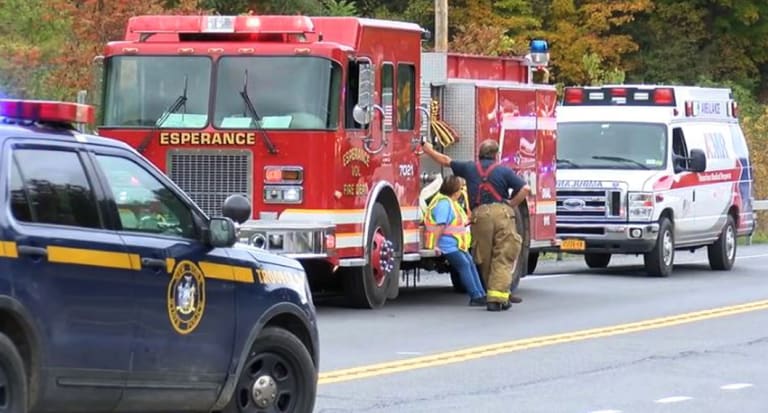 Emergency personnel at the scene of crash involving a limousine in upstate New York.Credit:AP

Local reports said the limousine was carrying a wedding party when it collided with another vehicle outside the Apple Barrel Country Store in Schoharie, New York, on Saturday afternoon.

A person with knowledge of the investigation told the Associated Press that 18 of the victims were in the limo and two were bystanders.

Jessica Kirby, 36, manager of the Apple Barrel Country Store, said customers in the parking lot were killed when they were hit by the limousine.

"All fatal," she said in a phone interview. "That limo was coming down that hill probably over 60mph."

"I don't want to describe the scene. It's not something I want to think about."

She said she could not describe the make or model of the other vehicle involved because it was "a mess." 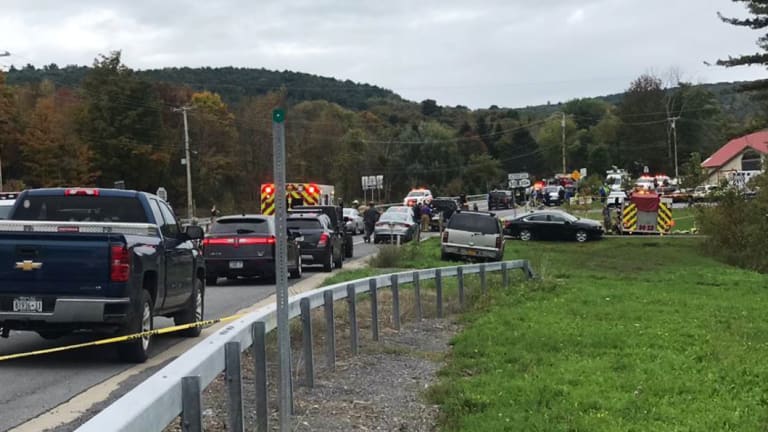 The scene of the limousine crash.Credit:AP

The New York State Police and the Schoharie County Sheriff's Office responded to the accident, which occurred just before 2pm local time at the intersection of State Route 30 and State Route 30A, according to police.

State Police said in a statement that "the names of the victims are not being released at this time as next of kin are being notified."

The National Transportation Safety Board is sending a team to investigate, which a spokesman said would be on the ground by early Sunday afternoon.

Kirby said that Columbus Day weekend is the busiest weekend of the year for the store, and that it was packed. Most of her customers had arrived from New York City, New Jersey or Albany, she said.

"A lot of people from New York City come up and they do the country things, the apple picking and the sort," she said.

Kirby said she was inside the store when she heard the loud bang. She rushed out and immediately called 911.

"We've heard accidents before," she said. "You know that sound when it happens."