Mother of schoolgirl, 16, groomed by supremacists says teenager ‘became obsessed with neo-Nazism and hated anyone who wasn’t Aryan’ before she was found hanged

The mother of a British teenager who killed herself after being groomed by American white supremacists and charged with terror offences said she ‘became obsessed with neo-Nazism’ and hated ‘anyone who wasn’t Aryan’.

Emily Carter also slammed authorities for accusing her daughter Rhianan Rudd when she was herself a victim.

The Derbyshire schoolgirl, 16, was found hanged in May last year just months after charges against her were dropped. She had been groomed and sexually exploited online by US extremist Christopher Cook and her mother’s former partner Dax Mallaburn.

Ms Carter said: ‘They should have seen her as a victim rather than a terrorist.’ 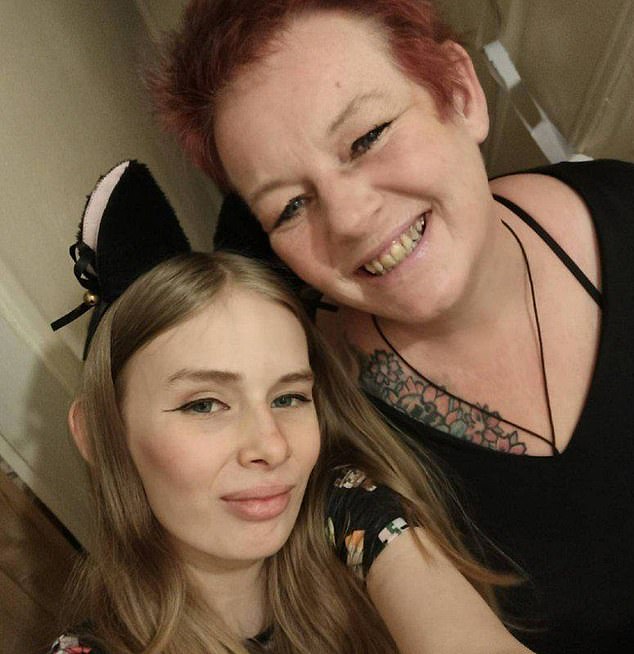 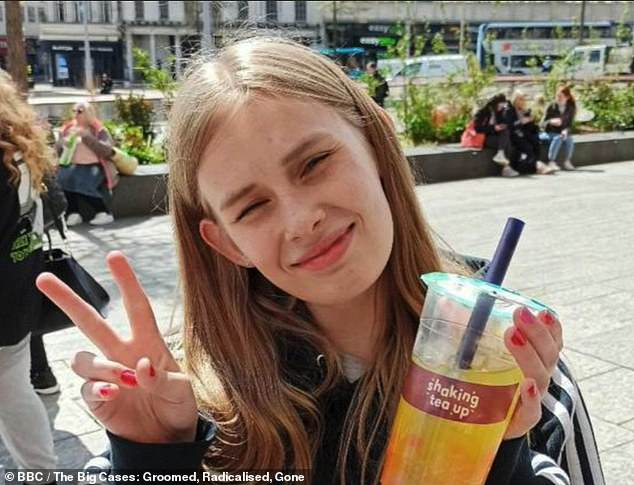 Speaking for the first time about the family’s ordeal, she told how concerned she had become about her daughter’s behaviour and had even referred her to a Government de-radicalisation scheme Prevent.

Ms Carter said: ‘She became very withdrawn, very secretive. You’d say ‘what you been doing upstairs’ and she would say ‘nothing’ where before she would say she was ‘searching, doing this, doing that.’

‘If you didn’t have blonde hair and blue eyes and were Aryan, as they say, she didn’t want to know you, you were an inferior race, you shouldn’t have been alive.’

Ms Carter told how her daughter became obsessed with neo-Nazism and was soaking up views ‘like a sponge.’

Rhianan became the youngest girl in the country, aged 14, to be arrested over terrorism offences in October 2020 after downloading a bomb making manual and later charged.

She was accused of plotting an attack and other offences in April 2021, which were ultimately dropped because of the abuse. 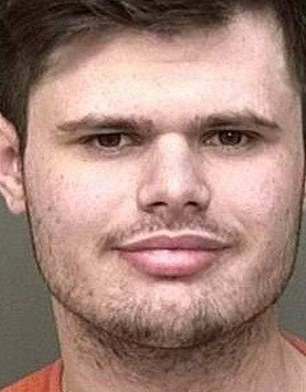 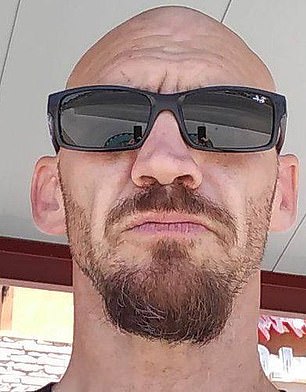 Rhianan was groomed and exploited online by American extremist Christopher Cook (left). It was also claimed that she was influenced by her mother’s then-partner Dax Mallaburn, an American white supremacist, although her mother denied this

Six months later in October Rhianan took her own life at a children’s home in Nottinghamshire where she was living and was preparing to take her GCSEs.

A BBC investigation found that evidence the teen was being groomed and exploited was handed to MI5 months before she was accused.

Her mother told Radio 4’s PM programme that her autistic daughter was placed in a care home after the case against her collapsed and warned staff she was deemed vulnerable and at risk of self harm.

She said authorities should have dealt with her daughter ‘completely differently’, warning: ‘She is an autistic child who had been groomed and sexually exploited. She should have been treated as a child.’

She added: ‘No I do not feel my daughter was a terrorist, she was a child who fixated on things and when they fixate on something they just take it in like a sponge, and she was changing herself. That is not Rhianan. Before that she was fixated on my little pony.’

Rhianan is believed to have hanged herself, an inquest into her death heard in October last year.

The body of the tragic teen was found by her carer Georgina Smythe at Bluebell Church Care Home in New Ollerton, near Newark, Nottinghamshire.

Susan Evans, Coroner for Derby and Derbyshire, told the brief hearing that initial cause of death was ‘compression to the neck.’

The Essex-born teenager was resident at the care home. Her mother was not present but dialled into the opening of the inquest at Chesterfield.

The coroner ‘expressed her condolences’ to the family. She adjourned the hearing until February 28, 2023.

For confidential support call the Samaritans on 116123 or visit a local Samaritans branch, see www.samaritans.org for details