A SAUDI Arabian woman was reportedly killed and buried in the desert by her brothers because she had Snapchat, their sister claims.

The sister, Manal, said that her brothers, Ahmed and Nasser, killed their sister, Qamar, 26, after they became aware she had setup a Snapchat account. 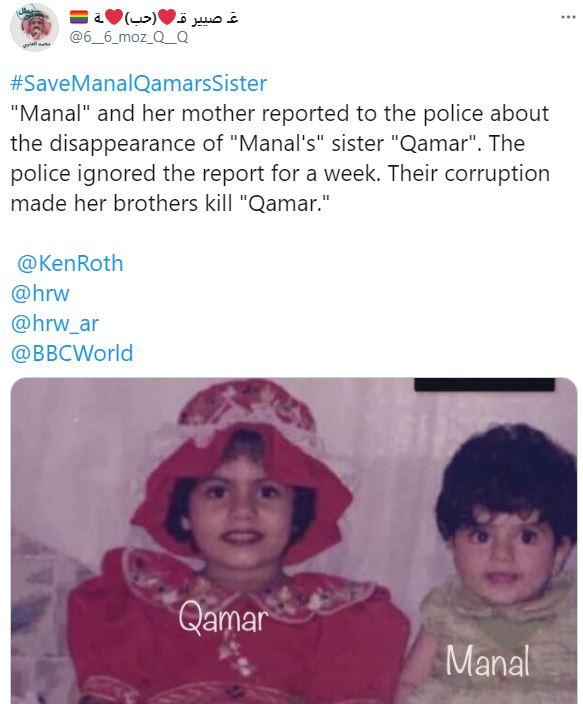 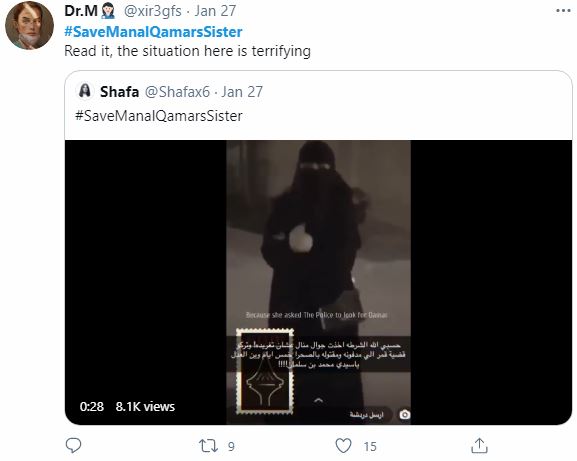 Manal made the shocking allegations via social media, in a series of now deleted tweets.

Days later, she posted a photo of a blood-stained handmark, believed to be her sister's, and published a video of her mother screaming after Qamar’s body was found.

After a brief social media hiatus, Manal returned and tweeted: "Good morning, I am fine and I left the case for the law."

But after her short disappearance and seemingly changed rhetoric, many users feared Manal had been silenced by the authorities and was in danger, leading to the hashtag #SaveManalQamarsSister being retweeted across the platform.

One user said: "Stop silencing Saudi women, you cannot promote a fake image of women's empowerment in Saudi by forcing women to sign pledges not to spread the truth on social media."

Her mother also had a video clip widely circulated on Twitter, where she is seen pleading for the Saudi Prince Mohammed bin Salman for his help finding her daughter's killers.

"They killed my daughter… she was killed without justification."

Amid the public outrage over the alleged treatment of Manal, Saudi Arabian authorities confirmed they had made two arrests in connection with Qamar's death earlier this week.

They released a statement which read: "The security services of the Al-Kharj governorate police have received a report on January 19 from a citizen about the disappearance of a young woman, aged 26.

"The results of the preliminary investigation procedures show that her body was found in a desert, 10km from the governorate. Two citizens in their 30s have been arrested on suspicion of their involvement in the incident that caused her disappearance and death"

Cases similar to Qamar's allegedly happen "everyday" in Saudi Arabia, according to women's activists in the country.

Lina al-Hathloul, whose sister's activism landed her in jail, said: "I am angry and tired of reading such news happening every day in Saudi Arabia."

Lina's sister, Loujain al-Hathloul, was arrested in May 2018 with several other women activists just weeks before a historic lifting of a decades-long ban on female drivers in Saudi – a right she had long campaigned for.

She was jailed for nearly six years last month, in a case that has drawn international criticism from rights groups and governments. 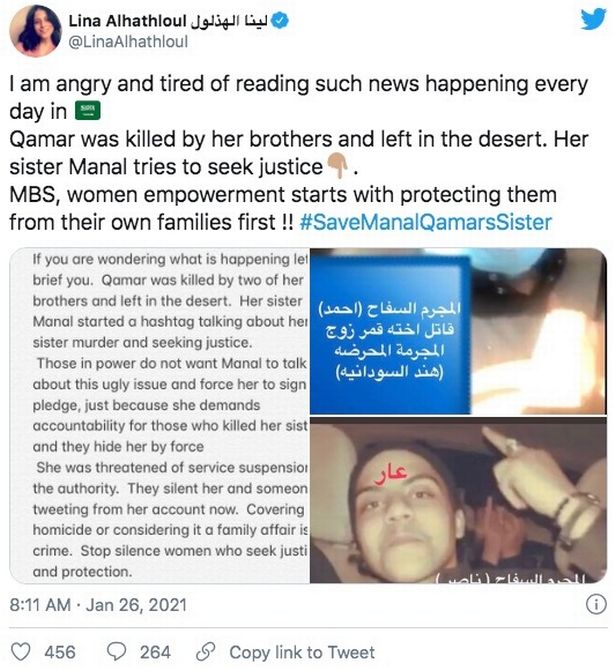