Revealed: Star of Channel 4’s SAS: Who Dares Wins is homeowner set to lose appeal to keep 44ft long £6,000 decking he installed on steel poles so his ‘children could play in privacy’

A contestant on the latest series of Channel 4’s SAS: Who Dares Wins is set to lose a protracted planning battle to keep ‘unsightly’ garden decking which is 44ft long and towers 16ft over the street below.

Jamie Davies, 38, put up the super structure on a huge steel frame in a bid to give his family privacy in their garden in South Wales.

But the sports centre manager failed to apply for planning permission for the mega decking covering the sloping side of his modern detached garden.

Jamie’s bid for retrospective planning permission is set to be refused after council planners said it was ‘an unduly dominant feature’.

It comes two years after Jamie first applied for back-dated permission for the £6,000 decking and was refused with planners slamming it as ‘unsightly’ and ‘setting an undesirable precedent’.

Jamie stars in the latest version of the popular Channel 4 reality series in which regular citizens are subjected to a condensed version of the UK Special Forces’ gruelling selection process. 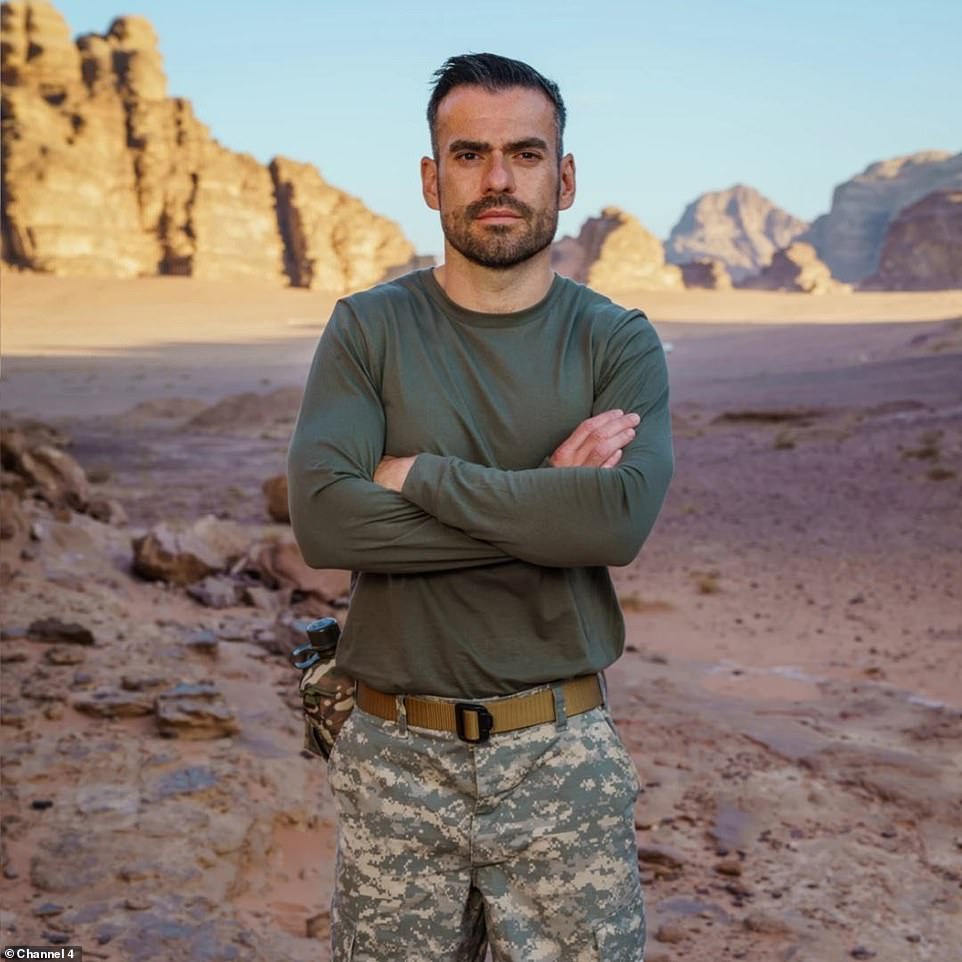 Jamie Davies on Channel 4’s SAS: Who Dares Wins. The sports centre manager, 38, set to lose his appeal to keep 44ft long £6,000 super decking he installed on steel poles so his ‘children could play in privacy’ as long-running planning battle approaches an end 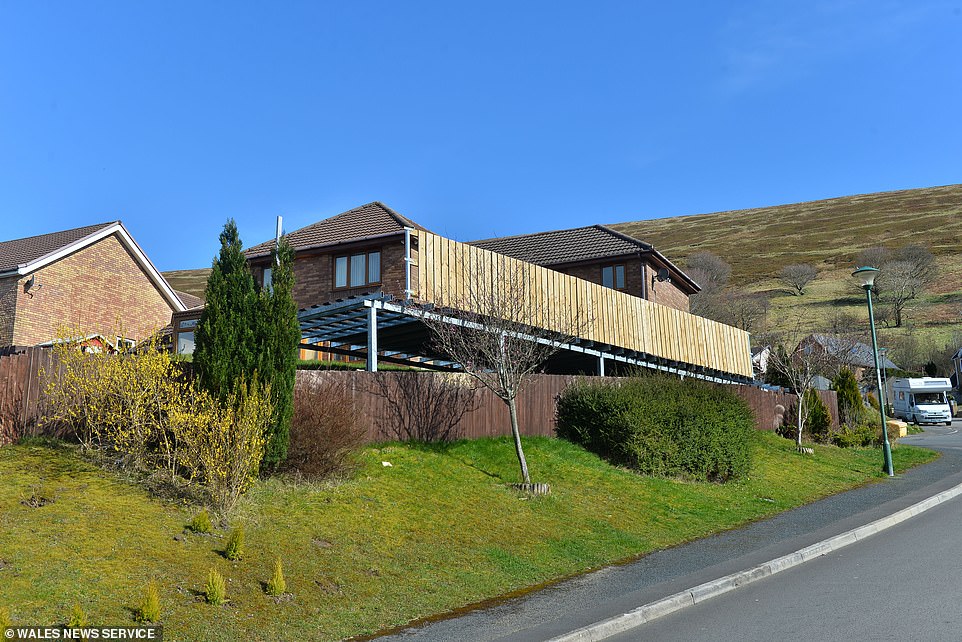 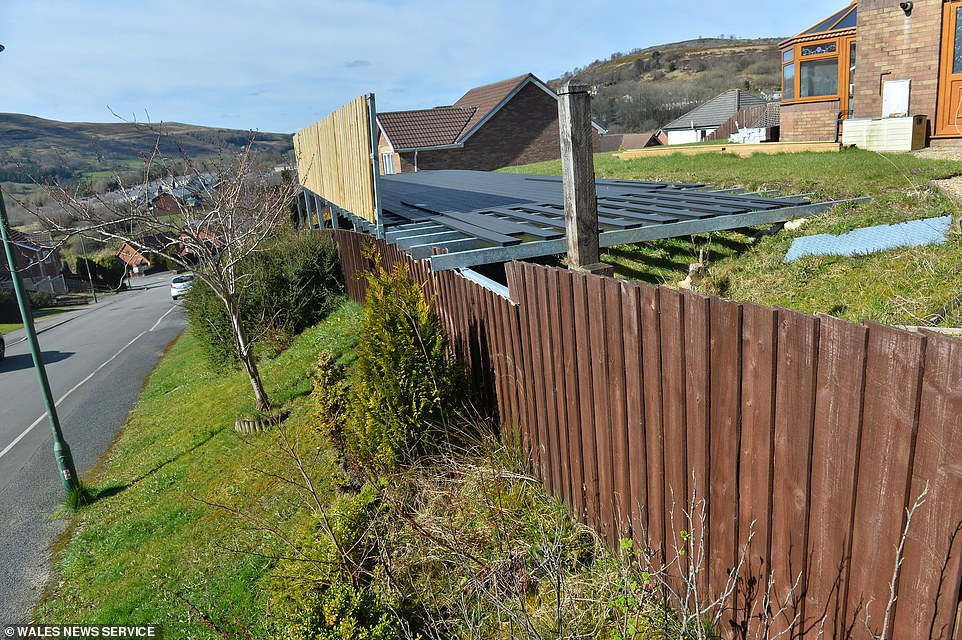 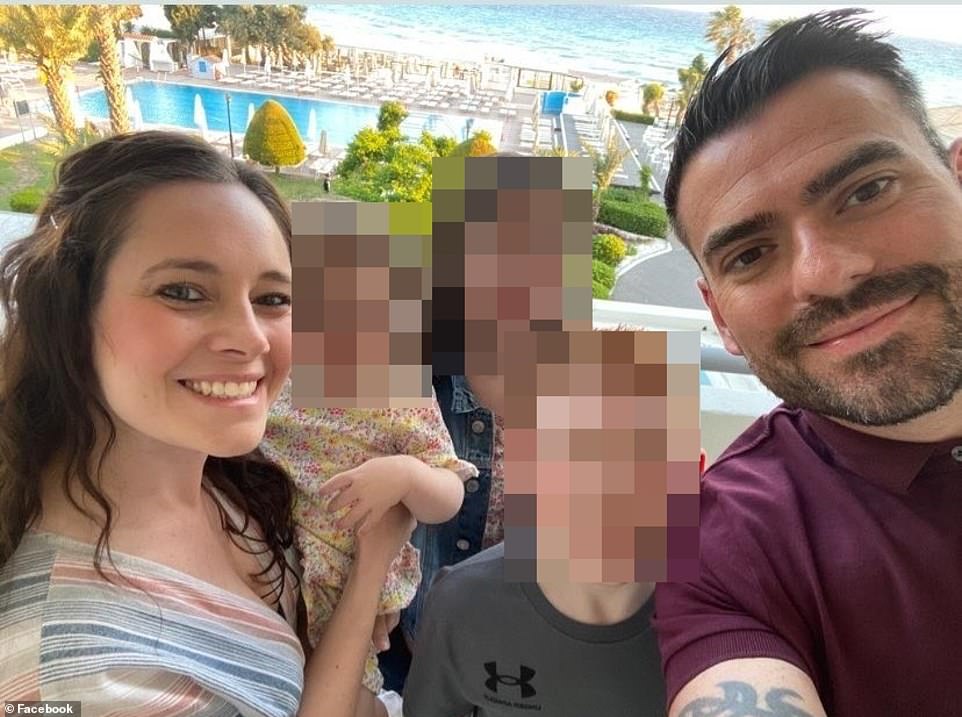 Jamie Davies with wife Sarah Jayne and their children 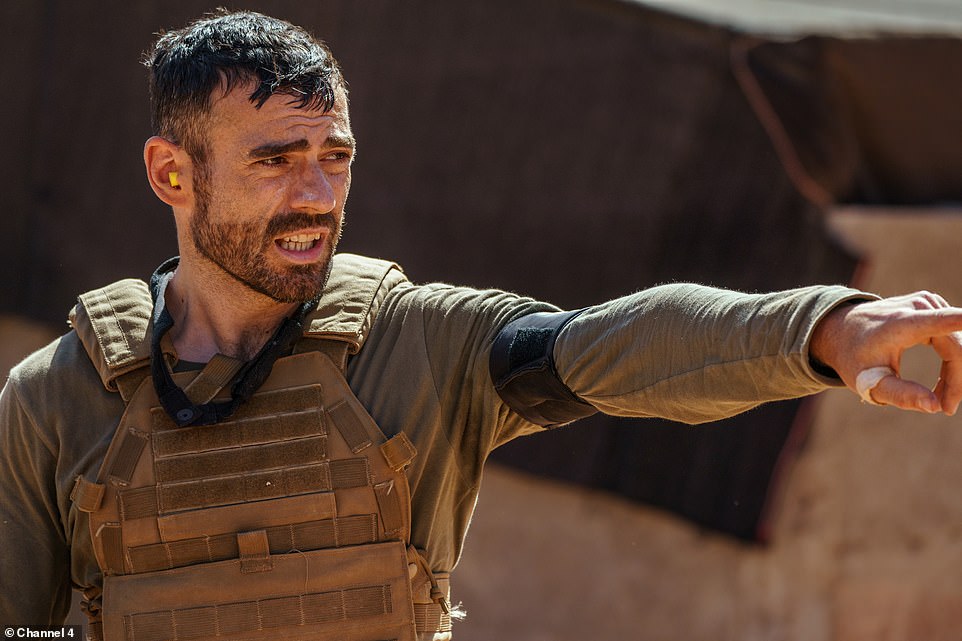 Jamie said the decking had been put up to provide ‘privacy for the children while they play’.

Planning officer Joanne White said: ‘The application is not significantly different to that previously refused by planning committee and the planning inspector.

She added there are ‘other ways’ to increase the usable space of the garden.

‘I do not consider this is a reason in which to allow an unacceptable development.’

Ms White said that planning permission should be refused as it would be ‘an unduly dominant feature’ that has an adverse visual ‘impact upon the street scene.’

The council will discuss the plans at a future meeting, where the fate of the super decking will be decided.

At a 2020 planning committee meeting to consider a different application to keep the same super decking, planning officers slammed the structure as ‘unsightly’ and setting an ‘undesirable precedent for similar structures throughout the estate’. 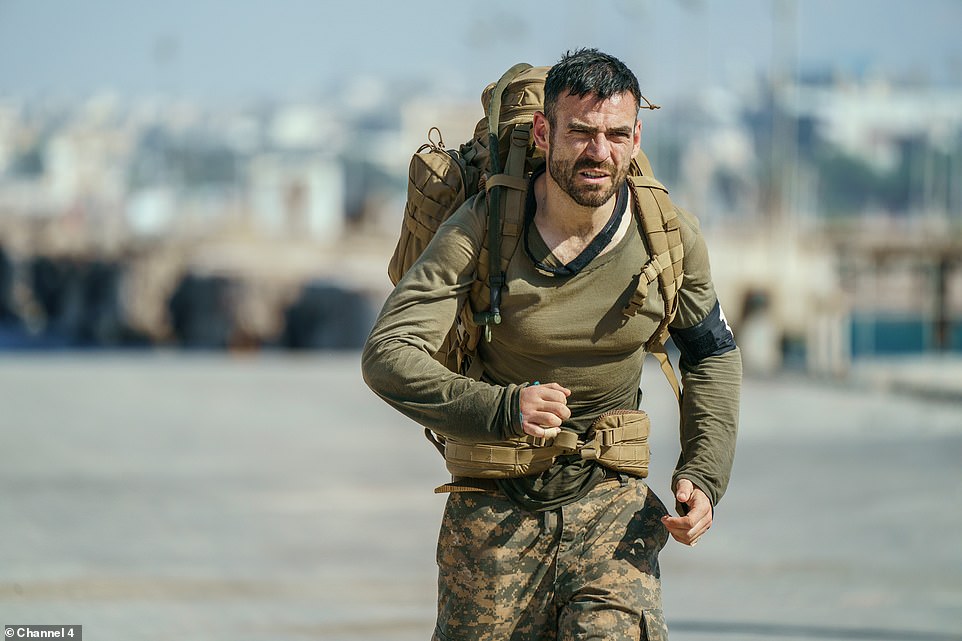 The sports centre manager (pictured during SAS: Who Dares Wins shooting) failed to apply for planning permission for the mega decking covering the sloping side of his modern detached garden 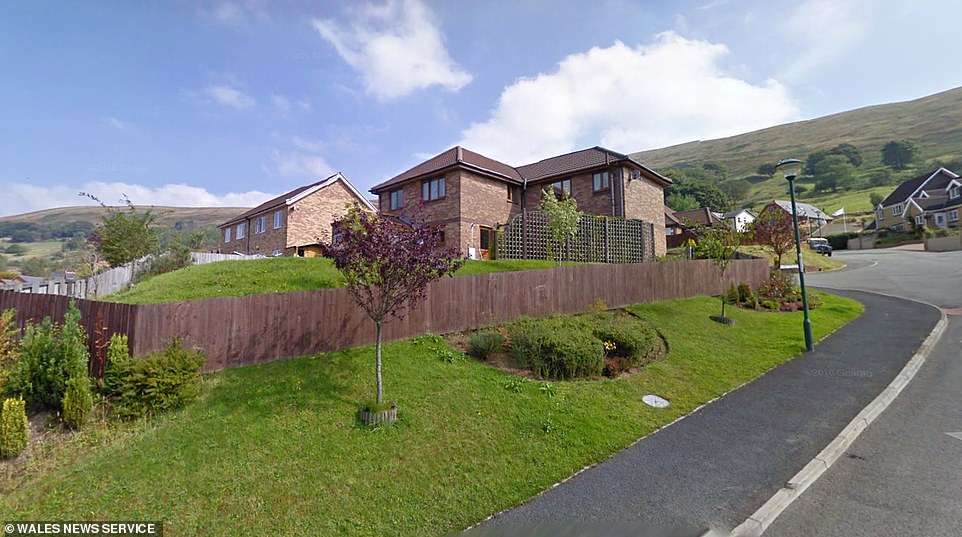 Homeowner Jamie Davies, 38, spent £6,000 erecting the super structure on his house (pictured here before the decking was installed) which he said was intended to give his children privacy while they played in the garden 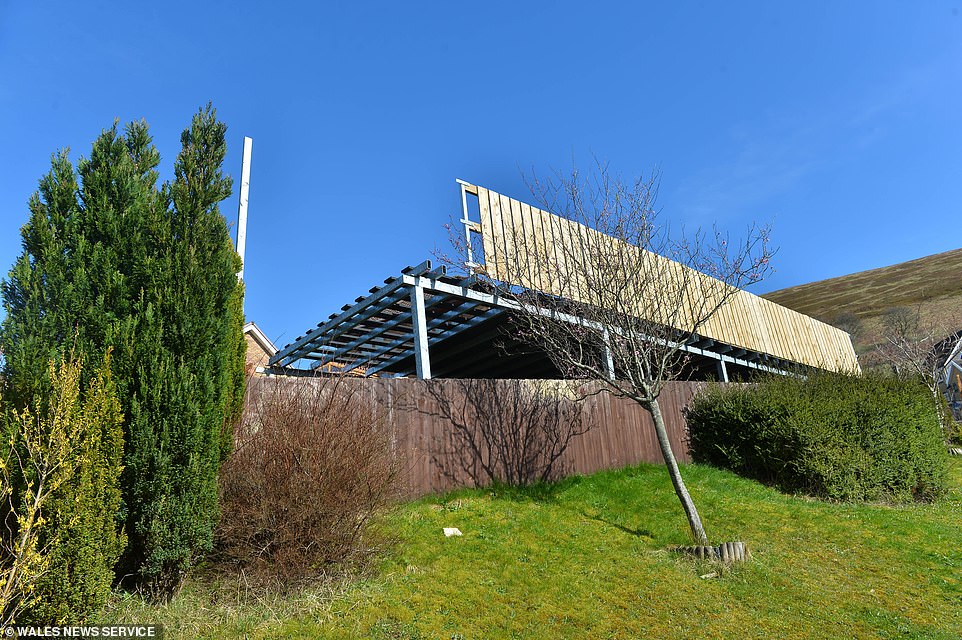 The monstrous decking has been at the centre of a protracted planning row for over three years, as an initial failure to get planning permission led to the need to make several back-dated retroactive applications – the latest of which looks likely to be rejected by the council’s planning committee

At the council planning committee meeting, Cllr Bernard Willis called the decking ‘the most appalling thing I have ever seen in my life’, according to South Wales Argus.

He continued: ‘If that was being built near my house I would be appalled.

‘I think it is a dreadful thing to be looking at and in my view we should not be approving this application.’

Garden decking became popular from the late 1990’s – with makeover show Ground Force getting the blame for the boom.

Presenter Alan Titchmarsh apologised for the lawn cover-up – saying at the time: ‘I am sorry, I know it’s everywhere these days.’