SARAH VINE: I didn’t earn the right to join the pageantry, like David Beckham. But I’ve never felt so humbled

What a strange and seismic week it has been. A week in which the tectonic plates of British life have shifted irreversibly, sending shock waves around the globe.

The Queen rests in peace, and our whole world is reshaping itself before our very eyes. In the midst of grief, a new Monarchy is taking form, sustained and supported by traditions of old and yet still, somehow, as lost and vulnerable as the rest of us.

How could one woman, one small woman, mean so much? And yet she did. She does. Forget the fine words, forget the pomp and circumstance: the most powerful expression of Elizabeth II’s ability to touch the hearts of millions is the five-mile queue of people waiting to file past her coffin as it lies in state in Westminster Hall.

There is an autumnal chill in the air, a crisp September bite, yet still they wait, still they come. Quietly, patiently, with stoicism and good humour, with sandwiches and Thermos flasks, with fold-up chairs and umbrellas. Standing, doing their solemn duty as she always did, come rain, shine, sleet or snow. 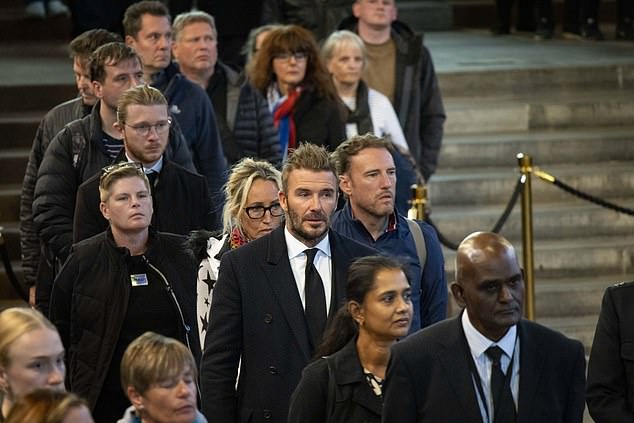 When on Friday David Beckham was discovered standing in The Queue, like everybody else, for hours on end, he earned the respect of everyone watching

All for a few seconds in her presence, a chance to pay their respects and say goodbye to a woman who the majority of them never met, yet who meant so much.

In some ways there is no more fitting tribute to a British Queen. Because queues are our thing, they are what we do. We are known all over the world for our habit of waiting patiently in line for things. It’s considered one of our most enduring and eccentric traits.

Other cultures tease us for it, but we don’t mind. We may tut-tut and complain, but secretly we quite like a queue. It’s part of who we are. It speaks to our national character, our desire for order and fair play, to do things right, to have everything in its proper place. Those are the rules of British life, and that is an expression of our culture.

And this queue is very special. It was so long it acquired a queue of its own. A queue for The Queue! Have you ever heard of anything so quintessentially British, so Pythonesque in nature? I know now is not the time for levity, but I think the notion would have made her smile. She did, after all, have a great sense of humour. 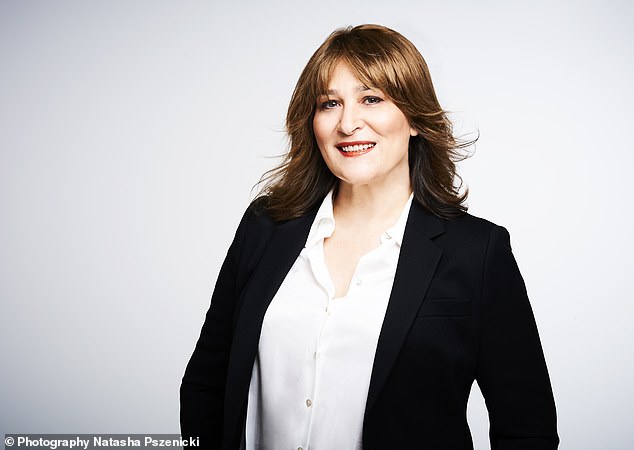 Forget the fine words, forget the pomp and circumstance: the most powerful expression of Elizabeth II’s ability to touch the hearts of millions is the five-mile queue of people waiting to file past her coffin as it lies in state in Westminster Hall, says SARAH VINE (pictured)

And on some level, how deeply heartening to see, at a time when so many certainties seem to be falling away, when so much lawlessness and chaos seems to stalk the land, that order still reigns. Our lives may have been upended, but this country still has standards and traditions, and these things matter.

That’s why we get so cross when people jump queues, and especially This Queue. And it is also why, when on Friday David Beckham was discovered standing in it, like everybody else, for hours on end, he earned the respect of everyone watching. Here was a man who had a VIP invitation, and yet he opted not to use it.

Instead he chose to honour his Queen as an ordinary subject, even though he is far from ordinary.

Cynics might say it was a deliberate ploy to endear himself to the public. But I really doubt it. I don’t know Beckham personally, but our boys used to play football together in the same junior league team, and I’ve stood next to him on the touchline on many a rainy Sunday morning.

Of all the famous people I’ve met over the years, he’s one of the most down-to-earth, and also one of the most good-natured. Wherever he went, people would constantly ask him for selfies and autographs, and I never once saw him turn someone away, or exhibit even the slightest irritation at the endless interruptions and intrusion into his private space. By all accounts he was the same in The Queue. Fair play to him. 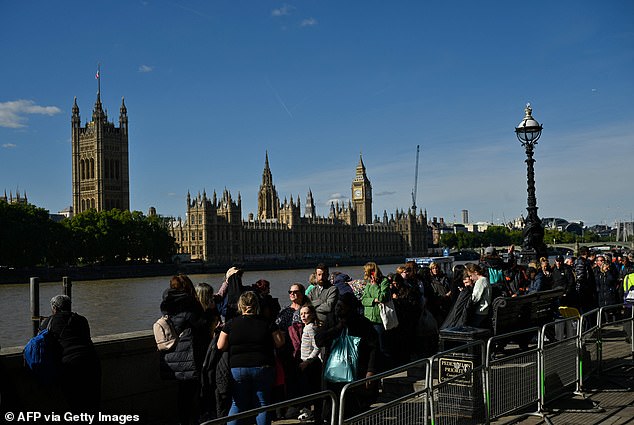 Quietly, patiently, with stoicism and good humour, with sandwiches and Thermos flasks, with fold-up chairs and umbrellas

The Queue is humbling. It humbles me especially, because I was one of the lucky ones who got to jump it. I was offered a ticket for priority access, and what can I say? I did not play it like Beckham. I accepted.

Admittedly, the invitation was issued before The Queue even existed, before the sheer numbers of people wanting to pay their respects had become apparent. And I was distracted, discombobulated, a little out of the loop: on the Sunday after the Queen died, my father was suddenly taken very ill in Italy.

I had to jump on the first flight to Turin to be by his side. Events back in the UK, so hugely momentous, were somewhat eclipsed by our own small family drama.

When it became apparent how serious things were, I tried to give the ticket away. But the invitation was set in stone and non-transferable. And when I told my mother that I had been given this opportunity, she insisted I go. I argued with her, but she was having none of it.

The Queen meant a great deal to her, and to her father, who on more than one occasion had the privilege of escorting Her Majesty on official duties. I have a wonderful photo of my grandfather with her in 1962, when he was in charge of the garrison at Stirling Castle. He thought the world of her.

My mother said it would be an insult, not only to the Queen but to his memory, and to all those standing outside in the cold, to be so graceless as to throw it away. 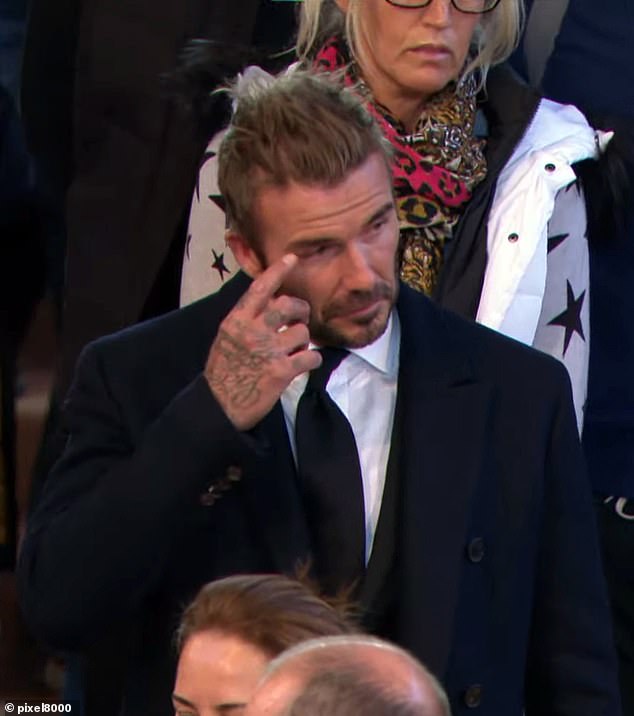 And so I flew back to London late on Thursday night to be there early Friday morning. It was an immense privilege, and an extraordinary moment, to be escorted through the gothic splendour of Central Lobby into Westminster Hall to join the silent sea of humanity filing past the coffin.

I have only once before in my life experienced a similar atmosphere. That was a lifetime ago when, in 1978, my parents took me to see the Turin Shroud on one of the very rare occasions it has ever been on public display. It was a mixture of awe and reverence, of raw emotion at times overwhelming that even then, aged just 11, I understood to be something very vital.

The simplicity yet overwhelming symbolism of the object of focus, and above all an extraordinary sense of hearts and minds united in the moment, was inescapable, even to the eyes of a child. I felt that again in Westminster Hall, as I saw the gems glistening in her crown, the orb and sceptre next to it, the bouquet of white roses and dahlias, the silent, immobile faces of the Beefeaters, the Guardsmen half buried beneath their bearskins, every sinew straining to maintain a rock-like composure. A Gentleman at Arms, eyes closed, hands gripping his spear, muscles shaking with the effort. 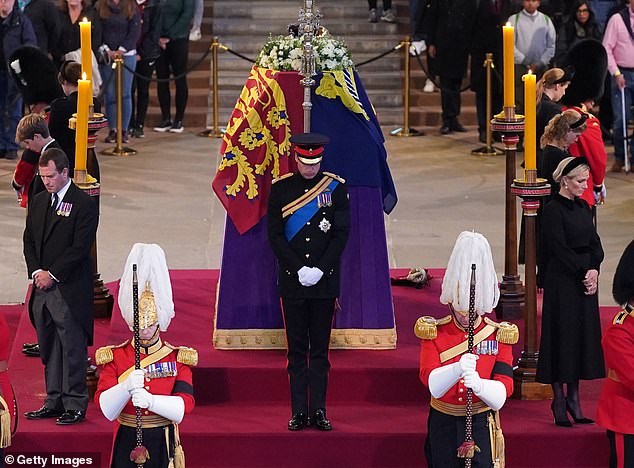 It was an immense privilege, and an extraordinary moment, to be escorted through the gothic splendour of Central Lobby into Westminster Hall to join the silent sea of humanity filing past the coffin

An incredible aura of peace surrounded the coffin, a sense almost of the divine. To be there felt like balm for the soul. There were tears, of sorrow yes, but also of love and gratitude.

Later I spoke to my friend Susannah who, unlike me, had queued for 11 hours through the night with her husband. It was only when she gave me her account of the standing and waiting, at 3am in the shadow of the London Eye, the cold night wind whipping off the Thames, nothing open, just a few stone benches shared between thousands, that I knew how privileged I had been.

We both reached our destination at the same time, around 9am. And yet my journey had been just a short Tube ride. Hers had been, like so many others’, a pilgrimage.

I know that, unlike so many in The Queue, I did not earn the right to be part of that incredible pageantry. But in a week filled with sadness on so many levels, I am incredibly grateful for it. It is a memory that I, like so many others, will treasure for the rest of my life.