The clock has officially begun on a potential year-end Santa Claus Rally for the stock market.

A Santa Claus Rally is one where stocks climb higher in the final seven trading sessions of a year plus the first two trading days of the New Year. Its precise cause has never been greatly explained — theories range from year-end tax considerations to people spending their fat bonuses to buy stocks to general seasonal effects.

Wednesday is the first day in this nine session trek for the markets. And so far so good in the trip — stocks rose across the board through midday trading as investors digested hopeful news on the Omicron variant potentially peaking in South Africa.

While a Santa Claus Rally will be hard to pull off in the current volatile pandemic climate, the long-term data does suggest there are strong, powerful seasonal forces at play that could ultimately win out. 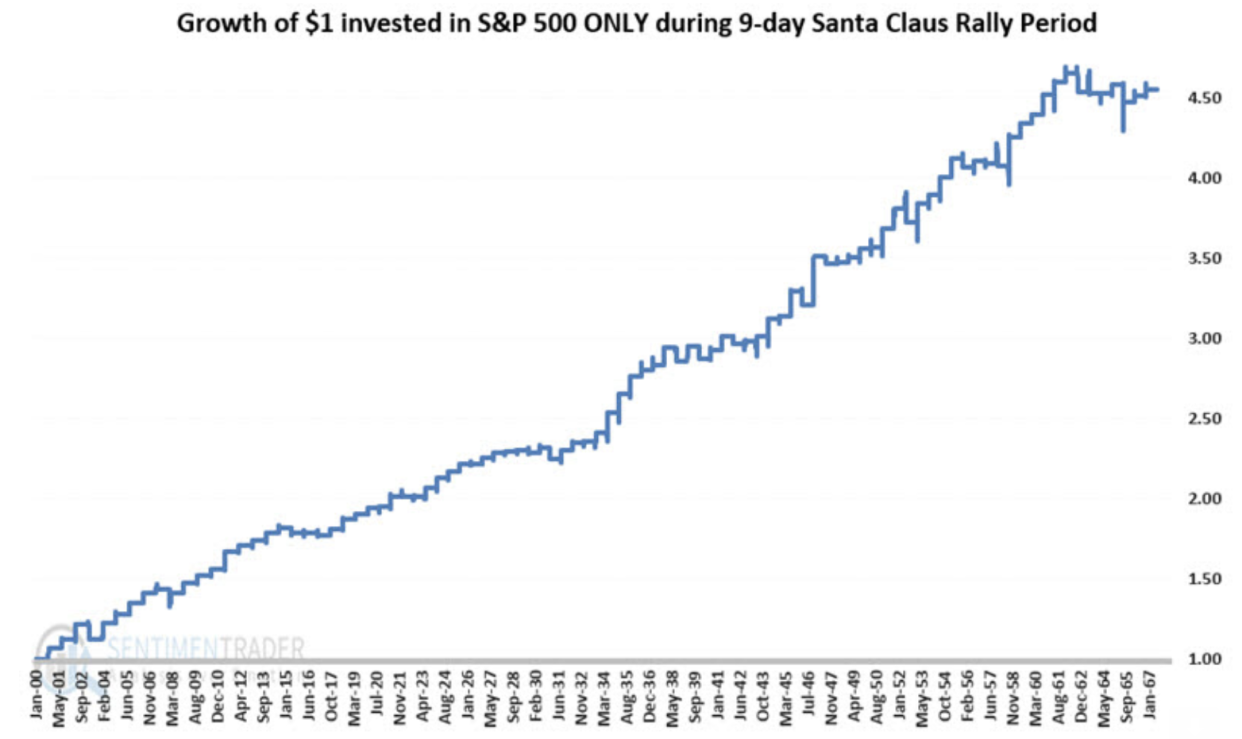 Over the past 92 years, the S&P 500 gained 77% of the time during the Santa Claus Rally period points out Sundial Capital Research. The average gain in this nine-day trading period tallied 2.66%.

Brian Sozzi is an editor-at-large and anchor at Yahoo Finance. Follow Sozzi on Twitter @BrianSozzi and on LinkedIn.