Like Canberra, Washington DC is often used as a synonym for politics and politicians. As a result, it’s not exactly known for its savoir faire. But one of the most successful food start-ups began there, and it’s changed how Americans – and consequently, a lot of the world – eats, founded by a couple of business school grads in 2007, was valued a year ago at $US1 billion, which makes it a “unicorn” in tech-world parlance. 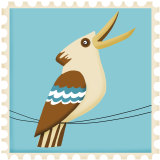 What’s intriguing about the valuation is that, with only 90 locations, the chain is relatively small. But investors are clearly betting on Sweetgreen as the go-to purveyor of what they believe to be the next big thing: takeaway salad.

There have been other salad chains, for instance Chop’t, which started six years earlier than Sweetgreen, but none has so successfully captured the market for what novelist Jessica Grose calls the “sad desk salad”.

Sweetgreen’s kale caesar is probably its signature item. It’s an overdressed monstrosity of slimy vegetal ribbons and oversized dry croutons, and at this point is practically an institution with well-off 30-something office workers willing to pay $12 to get their greens.

In New York, an experimental store is touted as “Sweetgreen 3.0” and described as “a cross between an Apple store and a farmer’s market”. It is possible at this Park Avenue location to conjure up a salad without interacting with a single human. You order on your phone, then wait for the salad with your name on it to appear on a shelf. No one need ever think of the hands which created it behind the scenes.

For busy New Yorkers and Washingtonians, it’s a habit to eat a salad at lunch, then let loose come dinnertime at a trendy new restaurant.

There are good reasons why the food website Eater crowned a Sweetgreen salad “the new power lunch for the cubicle class”. It’s convenient: the salad is chopped up into bite-size pieces which can be easily eaten with a fork in one hand while the other types away. And there’s an aura of health: for a lot of busy New Yorkers and Washingtonians, it’s a habit to eat a salad at lunch, then let loose come dinnertime at a trendy new restaurant.

For white-collar workers increasingly deprived of the old-fashioned one-hour lunch break, a Sweetgreen salad is a form of multitasking, which optimises health benefits while still allowing emails to get sent.

But here’s my problem with Sweetgreen. Salads are meant to be portals for discovery, and celebrations of Earth’s magnificent bounty.

In a salad, which has not been ground into a near-pulp by one of Sweetgreen’s samurai-like choppers, the onus is on the eater to assemble each bite as near to perfection as possible. A little bit of lettuce, half a cherry tomato, the perfect smattering of cheese and dressing. Salads should be messy affairs. If you want neat and tidy, eat a sandwich.

“Sweetgreen is so DC,” said a friend recently, complaining about how the salads had taken over her office in an architecture firm. I asked her what she meant and she explained that salad has so much potential, you’re seemingly offered so much choice, but then you end up with exactly the same thing you had yesterday, and it’s not even as good as it should be.

Is it drawing too long a bow to say that this sounds a lot like a lot of people’s frustrations with the two-party system and our failing democracies?

Perhaps. But then again, this is Washington DC. Like the buttermilk dressing on a kale salad, politics has a way of infiltrating everything here.

To read more from Good Weekend magazine, visit our page at The Sydney Morning Herald, The Age and Brisbane Times.