Sailors at the Royal Navy’s largest training base are today facing dismissal after a boozed-up ‘graduation’ party which flouted coronavirus restrictions.

More than a dozen sailors are understood to have attended the party at HMS Collingwood in Fareham, Hampshire, over the weekend.

The party is said to have included at least one person who should have been in isolation.

Ringleaders of the bash, which broke strict social distancing rules at the base, now face demotion or even dismissal after the incident, which has enraged senior Navy officers.

A number of sailors on a promotion course are said to have been at the party, as well as others undertaking their ‘phase two’ professional training. 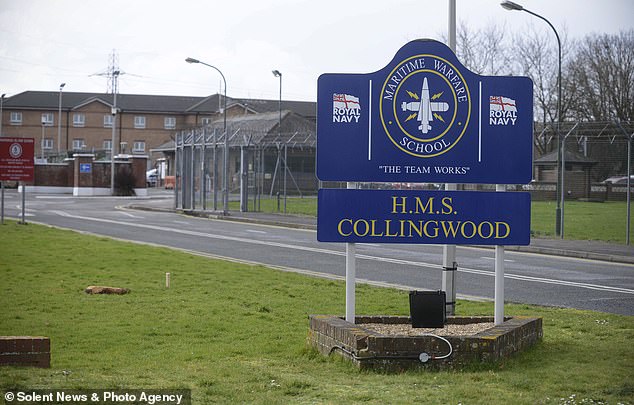 More than a dozen sailors are understood to have attended the party at HMS Collingwood in Fareham, Hampshire, over the weekend

Under current restrictions at the base, sailors must wear face masks indoors, and are only allowed outside to exercise and buy essential supplies.

They are also under strict social distancing rules, and are not allowed to mix outside of allocated training bubbles.

A defence source said that some sailors could be ‘discharged’ for their actions, and that the base’s Commanding Officer, Captain Catherine Jordan, is taking the matter ‘quite seriously’.

Captain Jordan, who trained on Lynx helicopters, became the Navy’s first female Flight Commander in 2002, and has led operations across the world.

The source said: ‘Collingwood’s captain is taking it quite seriously.

‘People could be getting discharged for breaking the rules. It was a crazy thing to do.’

Another source from inside the base said: ‘It was a graduation party in the Killick’s Mess and was meant to be a celebration. 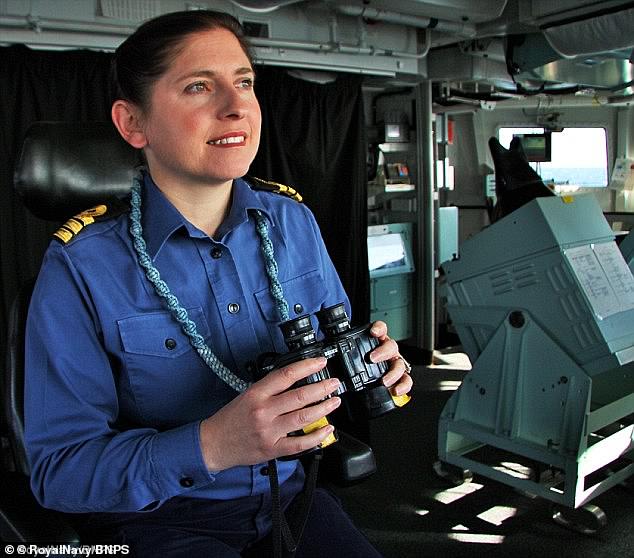 Captain Jordan (pictured), who trained on Lynx helicopters, became the Navy’s first female Flight Commander in 2002, and has led operations across the world

‘It was attended by at least one person who should have been in isolation.

‘There is a lot of anger on the base about it. People have had family members who have passed away with Covid-19.’

HMS Collingwood is the headquarters of the Maritime Warfare School.

On the breach of rules, a spokesperson for the Royal Navy today said: ‘We are aware of an incident in HMS Collingwood and will not hesitate to take action against any personnel who fail to meet the high standards we set ourselves.

‘An investigation is now underway and it would be inappropriate to comment further.’

This month HMS Collingwood will welcome 500 new recruits, who will begin their ten week initial training at the base.

Trainees normally attend a course at HMS Raleigh in Torpoint, Devon, but some are now being trained at HMS Collingwood due to the surge in demand.

There has been a recent surge in applications to join the Royal Navy, as well as the Royal Marines and Royal Fleet Auxiliary.