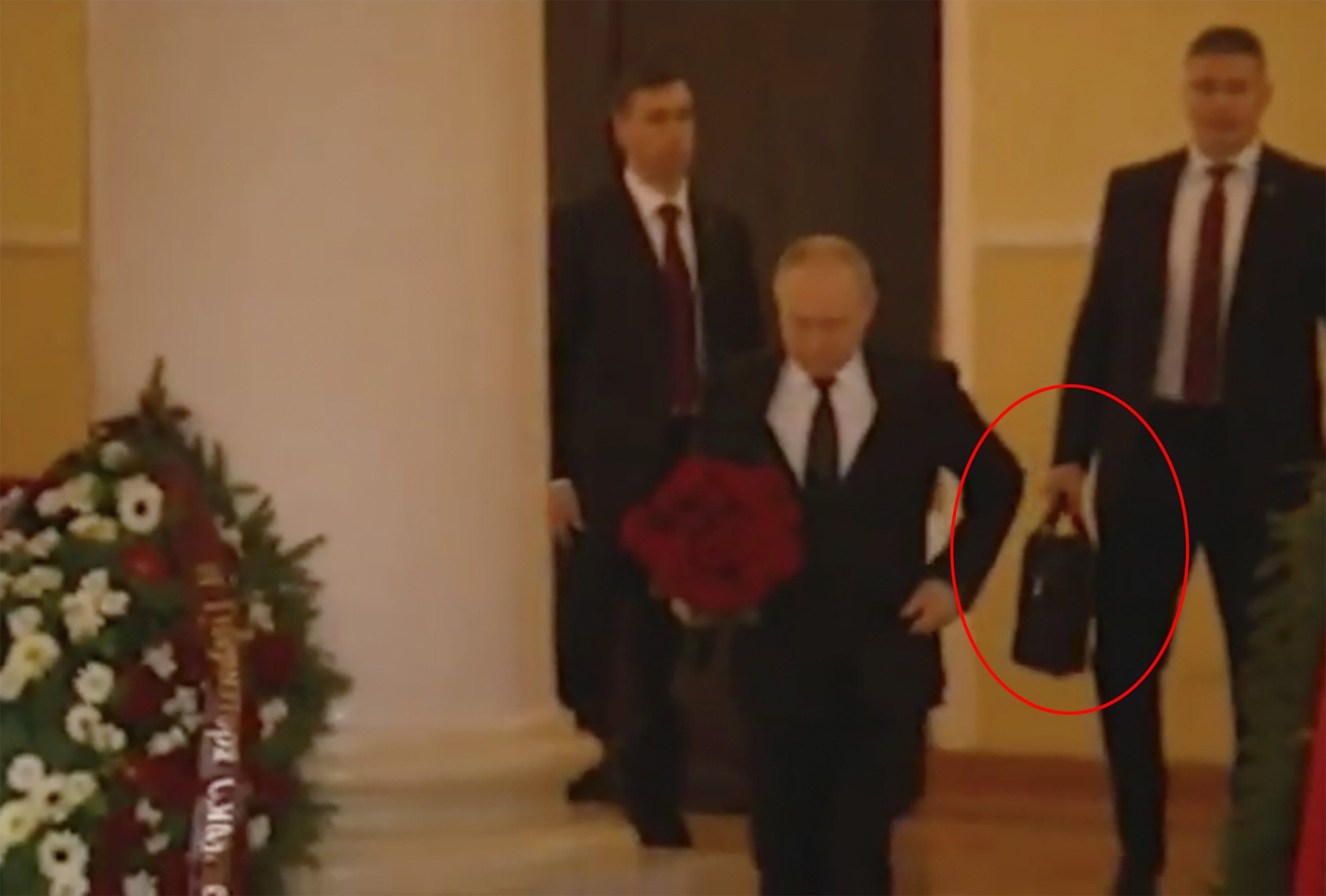 A Russian colonel who was in charge of carrying Vladimir Putin’s nuclear codes briefcase has been found shot at his home near Moscow.

Retired Federal Security Service (FSB) colonel Zimin had looked after it since be took on the role as aide-de-camp to former President Boris Yeltsin.

He continued in the security service rising to the role of colonel under his successor Vladimir Putin, but his precise role for the ex-KGB spy is unclear.

Zimin was found with gunshot wounds in the kitchen of his flat in Krasnogorsk, Moscow region.

At the time, his partner – a medic – was away treating the wounded from Putin’s war in Ukraine.

The shooting came as Zimin was facing criminal investigation for alleged bribe-taking after joining the customs service in a senior role, reported Moskovsky Komsomolets.

He was under house arrest over the criminal case and had denied any wrongdoing.

Russian media reported that the official had ‘tried to commit suicide’ after drinking with his brother.

Zimin was discovered by his brother, who had been reportedly in the bathroom at the time of the shooting on Monday.

He was lying in a pool of blood with a wound to the head and an Izh 79-9TM pneumatic pistol was lying nearby.

Putin has previously been pictured with Zimin carrying the nuclear codes beside him, thought to be a symbolic threat to the west.

He did this in April when attending the funeral of ultra-nationalist politician Vladimir Zhirinovsky in Moscow.

The briefcase contains the launch apparatus for the Kremlin’s strategic missiles.