Russia has withdrawn its judo athletes from international competitions because it claims to fear for their safety.

After Vladimir Putin, whose favourite sport is judo, invaded Ukraine, the International Judo Federation (IJF) cancelled competitions in Russia but allowed Russians to compete with a neutral flag.

The IJF removed alleged war criminal Putin as an honorary president after his invasion of Ukraine. 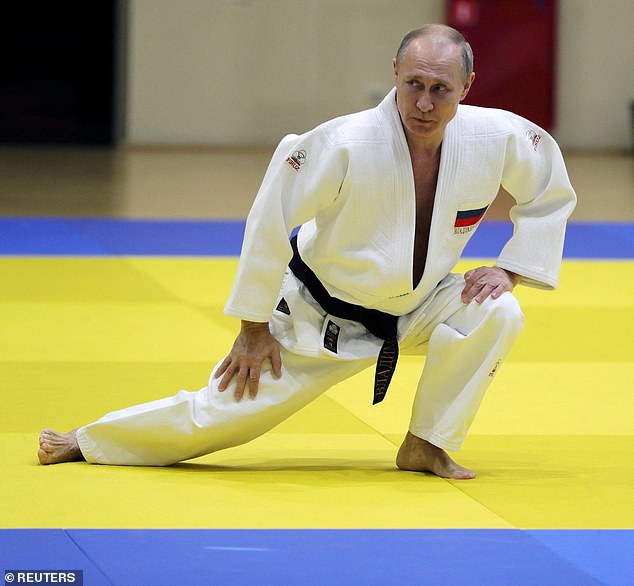 Alleged war criminal Vladimir Putin attending a judo training session in 2019 on mats the colour of the flag of Ukraine, which the tyrant ordered his troops to invade last month 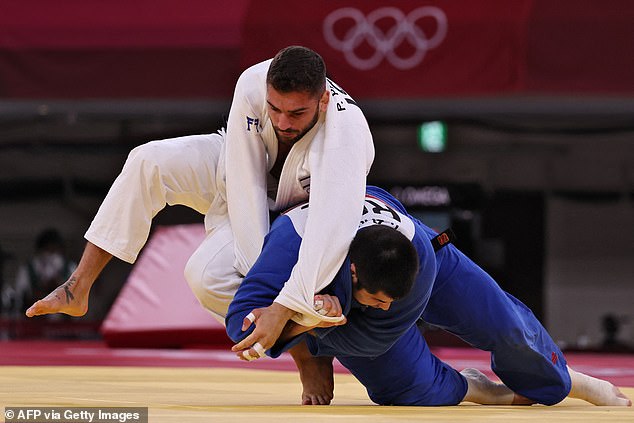 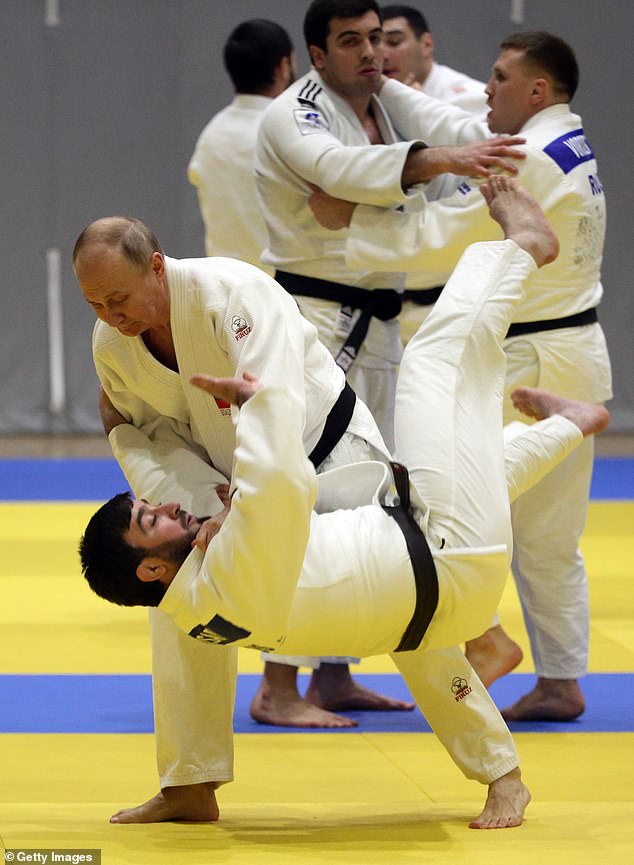 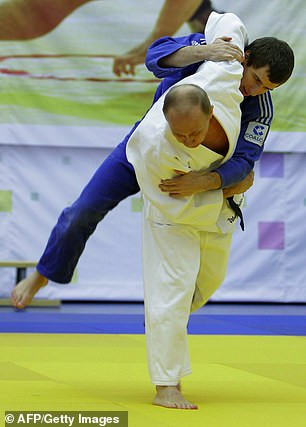 Vladimir Putin takes part in a judo training session at the Moscow sports complex in St. Petersburg, in 2010. The Russian president has been waging a brutal war with Ukraine 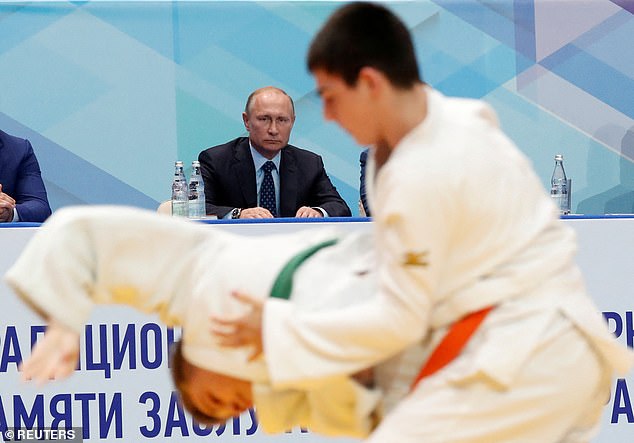 The Russian Judo Federation said today: ‘Previously, the international federation supported us, saying that judo is out of politics, and allowing us to compete.

‘We decided to take a break precisely for reasons of concern for the safety of our athletes.

The logistics in the current conditions also leave much to be desired, so we decided to stay at home training for the time being and return to competitions later, when the situation is discharged.’

‘The European Championship is in a month and we still have time to think.

‘We are working on various options, so we do not exclude the possibility that our team will perform there.

‘Many would like to compete there but first of all we will be guided by the issue of the safety of athletes.

‘We have excellent bases, excellent conditions, we are supported by both the President of the Russian Judo Federation and the Ministry of Sports.

‘The team trains, knowing that it is protected, that no one will leave the athletes in difficult times.

‘Many countries have supported us. They invite us to their training bases and want to come to us.

‘We are glad that judo remains real family, and it is really out of politics.’ 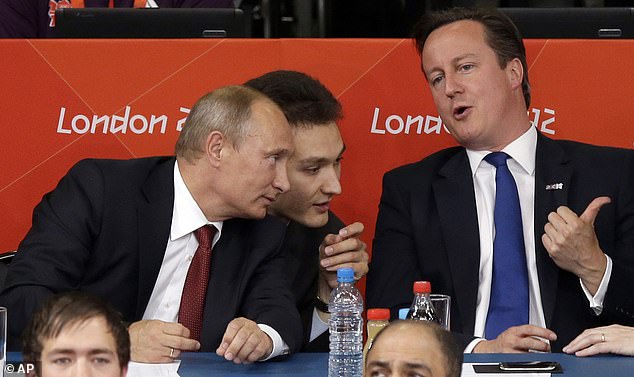 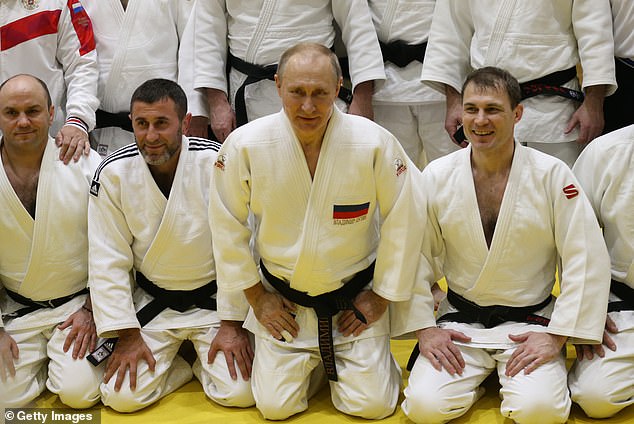 Russian despot Vladimir Putin on his knees during judo training in Sochi, Russia, in 2019

Although Russian tyrant Putin is an eighth dan black belt in judo, doubts have been raised as to whether the despot is actually any good at the martial art.

Putin told NPR in 2001 he had been practicing judo ‘all my adult life’.

He said: ‘I do love the sport tremendously. And I think that there is more to it than just sport. 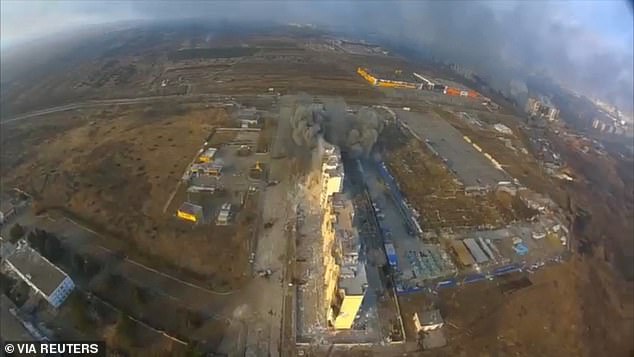 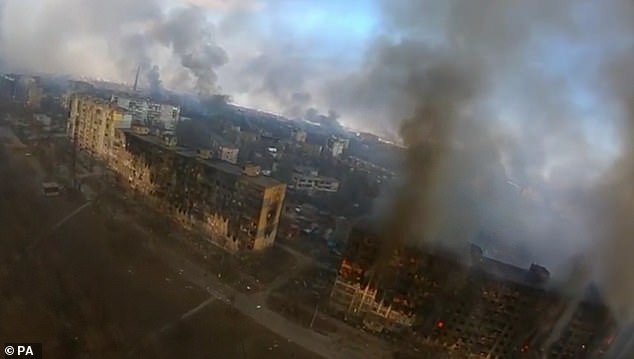 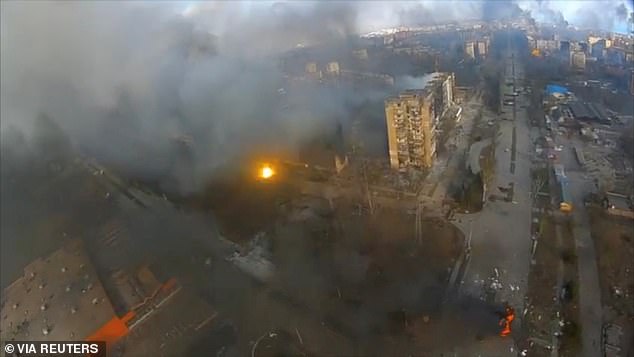 Another clip shows plumes of black smoke rising above Mariupol while flashes of artillery fire continue to light-up the small port city, which has experienced some of the worst suffering of Moscow’s 19-day war 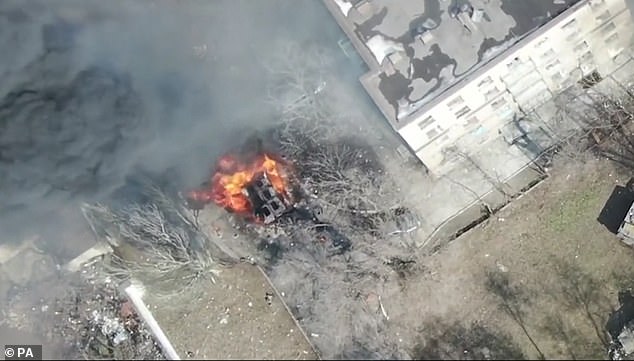 The drone also captured a tank being obliterated in a close-quarter skirmish, leaving the vehicle engulfed in a red-hot blaze and a thick cloud of black smoke 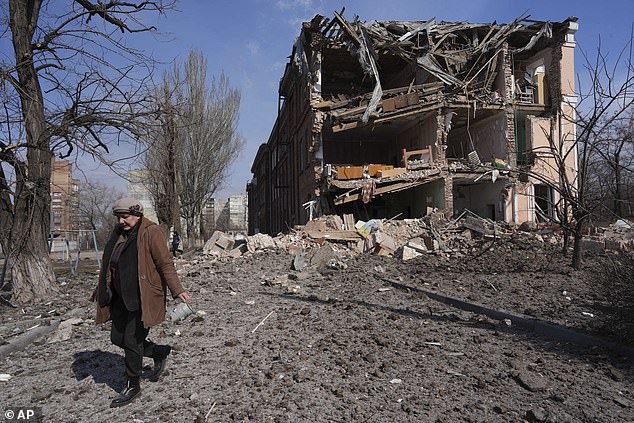 A woman walks past building obliterated by Russian shelling in the southern Ukrainian port city of Mariupol on Sunday, March 13 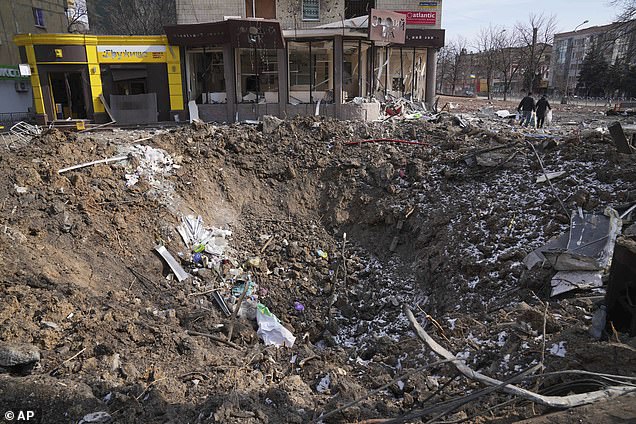 People walk past a crater from the explosion in Mira Avenue, or Avenue of Peace, in Mariupol, Ukraine on Sunday, March 13 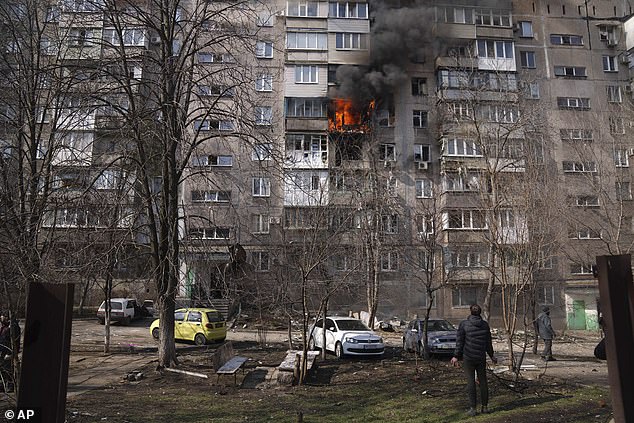 People look at a burning apartment building in a yard after shelling in Mariupol, Ukraine, on Sunday, March 13

Yet Benjamin Wittes, the editor of an American national security blog and a judo fanatic, said the copious videos of Putin fighting show shots of the Russian president warming up before his opponents fall to the ground without trying to fight back.

Mr Wittes previously challenged Putin to fight a judo match in any country where the tyrant could not have him arrested.