KYIV, Ukraine (AP) — Russia is poised to formally annex areas of Ukraine where it has military control after referendums there reportedly endorsed Moscow’s rule.

But the ballots were widely discredited and earned the Kremlin no relief Wednesday from international pressure over its assault on its neighbor.

Pro-Moscow administrations of all four occupied regions of southern and eastern Ukraine said Tuesday night that their residents voted to join Russia in five days of Kremlin-orchestrated balloting.

According to Russia-installed election officials, 93% of the ballots cast in the Zaporizhzhia region supported annexation, as did 87% in the Kherson region, 98% in the Luhansk region and 99% in Donetsk.

Russian-installed officials in those occupied regions said Wednesday they would ask President Vladimir Putin to incorporate them into Russia. It wasn’t immediately clear how the administrative process would unfold.

Western countries, however, dismissed the ballots as a meaningless pretense staged by Moscow in an attempt to legitimize its invasion of Ukraine launched on Feb. 24.

The resolution would also urge member states not to recognize any altered status of Ukraine and demand that Russia withdraws its troops from its neighbor, she tweeted.

The European Union’s foreign policy chief, Josep Borrell, also weighed in on the ballots, on Wednesday calling them “illegal” and describing the results as “falsified.”

“This is another violation of Ukraine’s sovereignty (and) territorial integrity, (amid) systematic abuses of human rights,” Borrell tweeted. 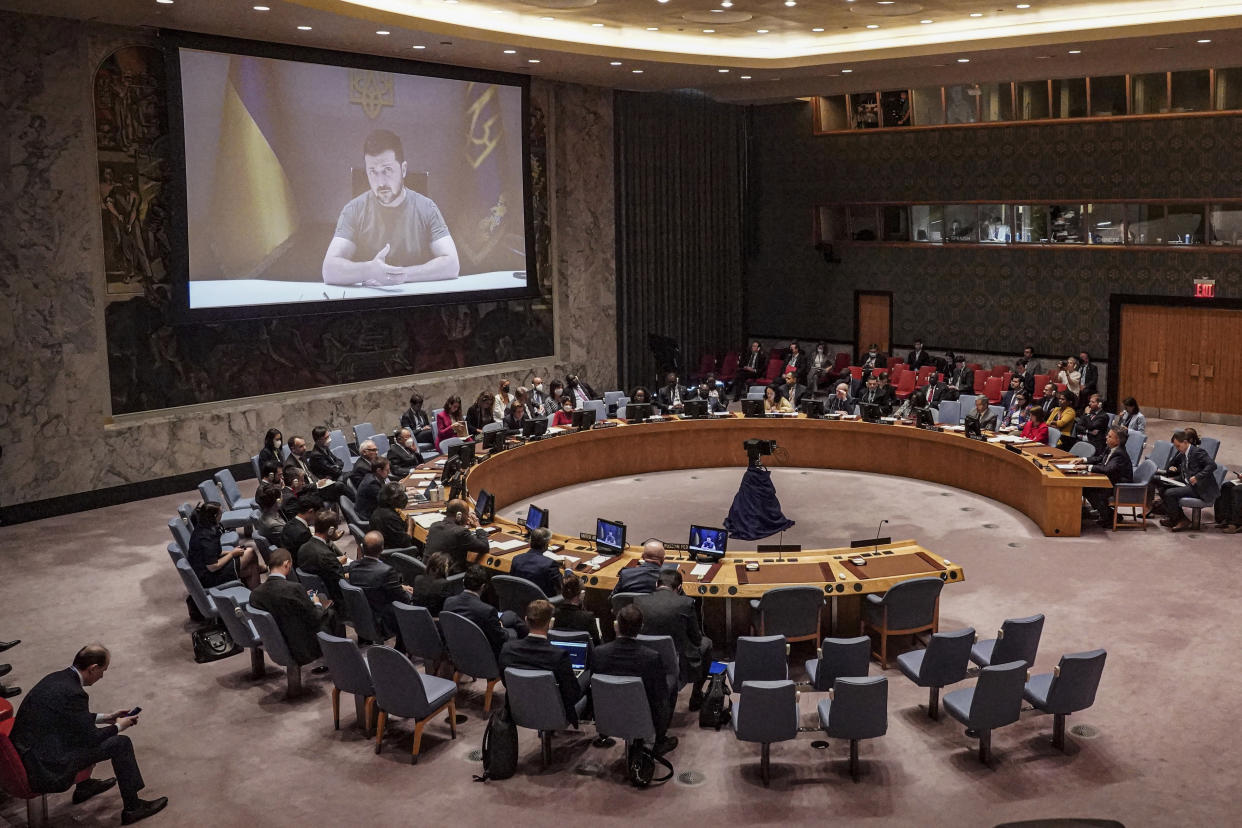 In Kyiv, Ukraine’s foreign ministry blasted the ballots as “a propaganda show” and “null and worthless.”

“Forcing people in these territories to fill out some papers at the barrel of a gun is yet another Russian crime in the course of its aggression against Ukraine,” a foreign ministry statement said.

It asked the EU, NATO and the Group of Seven major industrial nations to “immediately and significantly” step up pressure on Russia through new sanctions, and significantly increase their military aid to Ukraine.

The Kremlin remained unmoved amid the hail of criticism, however. Its spokesman, Dmitry Peskov, said that at the very least Russia intended to drive Ukrainian forces out of the eastern Donetsk region, where Moscow’s troops and separatist forces currently control about 60% of the territory.

The EU also expressed outrage over the suspected sabotage Tuesday of two underwater natural gas pipelines from Russia to Germany and warned of retaliation for any attack on Europe’s energy networks.

Borrell said Wednesday that “all available information indicates those leaks are the result of a deliberate act,” even though the perpetrators haven't so far been identified.

“Any deliberate disruption of European energy infrastructure is utterly unacceptable and will be met with a robust and united response,” Borrell said in a statement on behalf of the EU's 27 member countries.

Peskov, the Kremlin spokesman, said allegations that Russia could be behind the incidents were “predictable and stupid.” He told reporters in a conference call that the damage has caused Russia huge economic losses.

The war in Ukraine has brought an energy standoff between the EU, many of whose members have for years relied heavily on Russian natural gas supplies, and Moscow.

The damage makes it unlikely the pipelines will be able to supply any gas to Europe this winter, according to analysts. 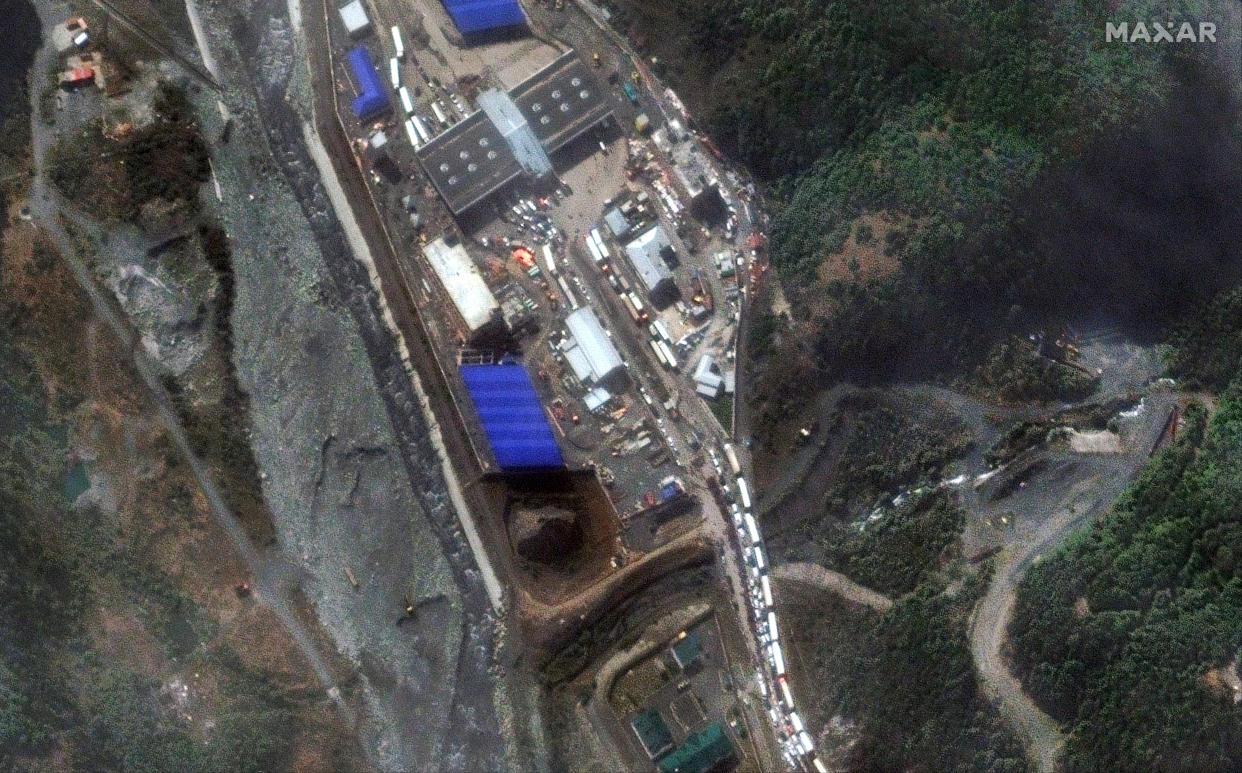 Meanwhile, Ukraine’s military and a Washington-based think tank said Wednesday that Russia is sending troops without any training to the front line.

Moscow has struggled to hold the line against Ukraine’s recent counteroffensive and has ordered a partial mobilization to replenish its ranks. The effort is causing unrest, however, amid a reluctant public.

The Ukrainian military also said prison convicts are arriving in Ukraine to reinforce the Russian lines. It offered no evidence to support the claim, though the Ukrainian security services have released audio of allegedly monitored Russian phone conversations on the issue.

The Institute for the Study of War think tank cited one online video by a man who identified himself as a member of the 1st Tank Regiment, visibly upset, saying that he and his colleagues wouldn’t receive training before shipping out to the Russian-occupied region of Kherson in Ukraine.

“Mobilized men with a day or two of training are unlikely to meaningfully reinforce Russian positions affected by Ukrainian counteroffensives in the south and east,” the institute said.

The U.K. ministry of defense said Ukraine’s counteroffensive, which has inflicted some humiliating defeats on Moscow’s forces, is advancing slowly.

It said Russia is currently putting up a stouter defense.

In the eastern Ukrainian region of Donetsk, which is partially occupied by Moscow, Russian fire killed five people and wounded 10 others over the last 24 hours, said Pavlo Kyrylenko, the head of the local military authority.

The city, across the Dnipro River from Russian-occupied territory, saw 10 high-rises and private buildings hit, as well as a school, power lines and other areas, said Valentyn Reznichenko, the head of the local military administration, said.