Tough new restrictions on keeping monkeys as pets could see rescue centres swamped and the alarming possibility of animals being put down, experts warned last night.

Their concerns come as a senior Government source admitted that officials have yet to work out how to deal with primates confiscated under legislation aimed at ending the ‘immense suffering’ caused by the domestic monkey trade.

There are thought to be about 5,000 marmosets, tamarins, capuchins, squirrel monkeys, lemurs and other species being kept as pets in the UK.

From the end of this year, owners will be given 18 months to build zoo-quality cages in their gardens or face having their pet taken away. 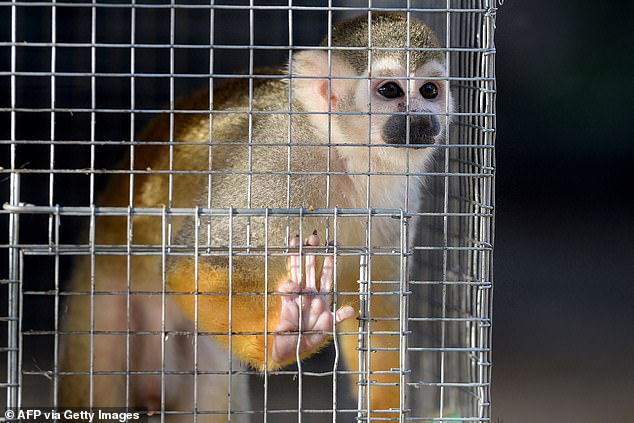 There are thought to be about 5,000 marmosets, tamarins, capuchins, squirrel monkeys, lemurs and other species being kept as pets in the UK (file photo)

However, there are only two specialist sanctuaries in the UK – Wild Futures in Cornwall and Monkey World in Dorset, and have only a few hundred spaces.

Monkey World, which has a waiting list of more than 150 animals, said it ‘cannot keep up with the demand, having built two specialist houses at the park which were both filled within six weeks ‘.

Before the new Animal Welfare (Kept Animals) Bill was introduced, there was no requirement to register ownership of many primate species.

Only those deemed dangerous, such as chimpanzees, had to be declared to local authorities.

The source said: ‘In truth, we do not know how many there are. Once they have been registered we will have 18 months to figure it all out.’

But experts have warned the policy is poorly thought-out. 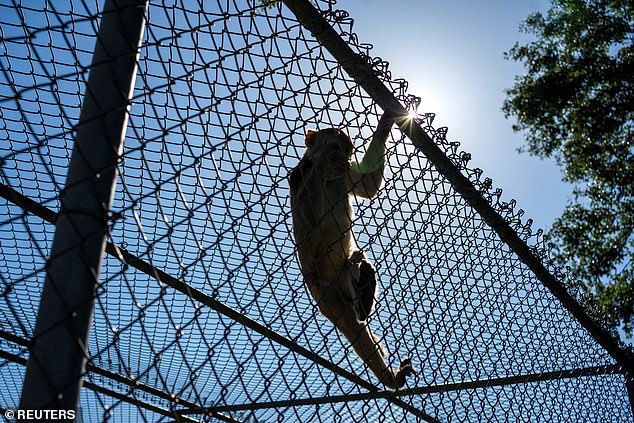 From the end of this year, owners will be given 18 months to build zoo-quality cages in their gardens or face having their pet taken away (file photo)

Biologist Dr Ben Garrod, of the Primate Society, explained that some monkeys would have to be euthanised because they develop metabolic bone disease as a result of the conditions they are kept in.

He said: ‘This needs to be a ten or 15-year process. Only the very worst cases of neglect should be confiscated. Sadly some monkeys will be euthanised, lots of them have metabolic bone disease.’

Dr Alison Cronin, director of Monkey World, said: ‘The primate pet trade is out of control, with monkeys kept in tiny bird cages, in solitary confinement, in sitting rooms around the country.’

A Department for Environment, Food & Rural Affairs spokesman declined to comment on what would happen to confiscated monkeys, but said: ‘It is important we take action to prevent the suffering caused when they are kept as pets.’