THE body of a "starved" four-year-old girl who was dead for days was found in a California home where a couple overdosed, cops say.

Responding officers discovered the child's decomposing remains at 8.54pm local time on Wednesday in an apartment where two adults had overdosed on drugs. 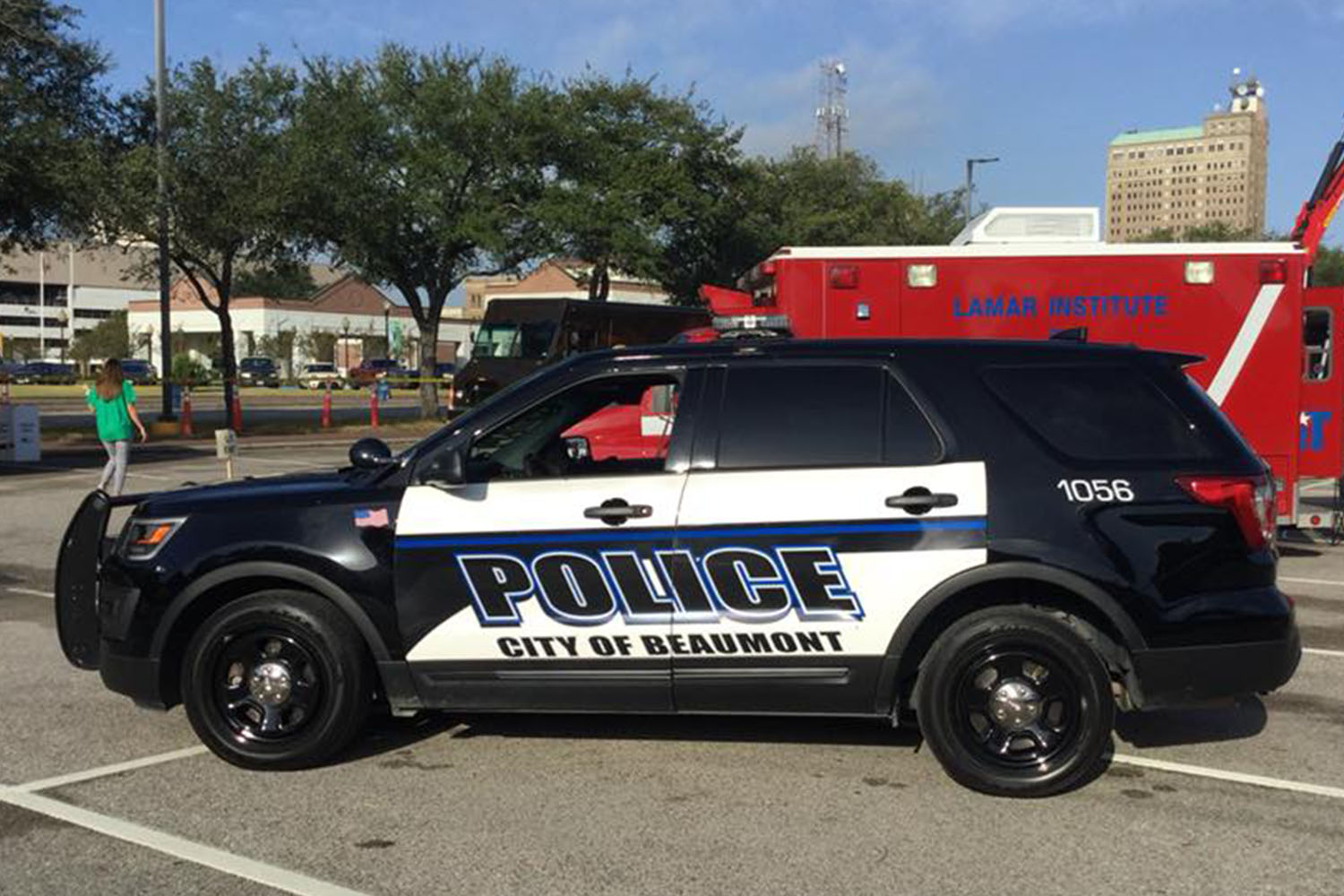 Beaumont Police Department said they were responding to a call about a man having a seizure when they made the harrowing find.

Their statement on Thursday read: "Cal Fire had been dispatched to a subject having a seizure, but upon arrival found two adults appearing to suffer from overdoses and a deceased child inside the home.

"It appeared to detectives that the 4-year-old female child had numerous bruises throughout her body, appeared severely malnourished."

They said "based on rate of decomposition," the little girl had been dead for at the residence on the 800 block of E. 6th Street for up to two days. 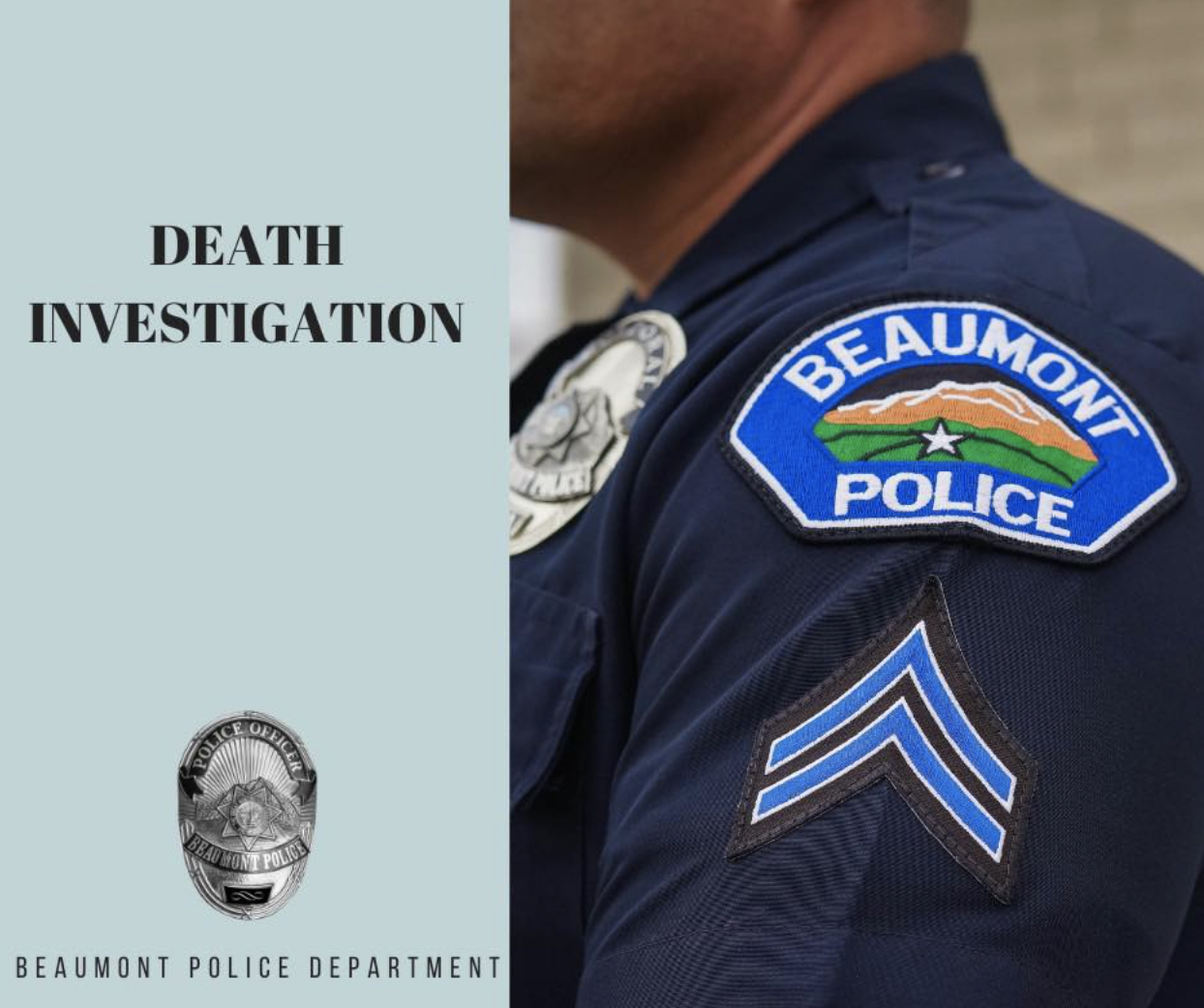 The man was rushed to an area hospital, where he remains in critical condition.

The woman who was found unresponsive at the California home was given CPR but declared dead shortly after she arrived at the ER.

Beaumont police said their identities won't be revealed until family and next-of-kin have been informed.

Reports indicate that law investigators are treating the child's death as suspicious.

It is unclear whereabouts in the apartment the child was found.

The relationship between the little girl, the man, and woman has yet to be confirmed by cops.

No arrests have been made.

Anyone with information on this case has been asked to contact the On-Duty Watch Commander at 951-769-8500. 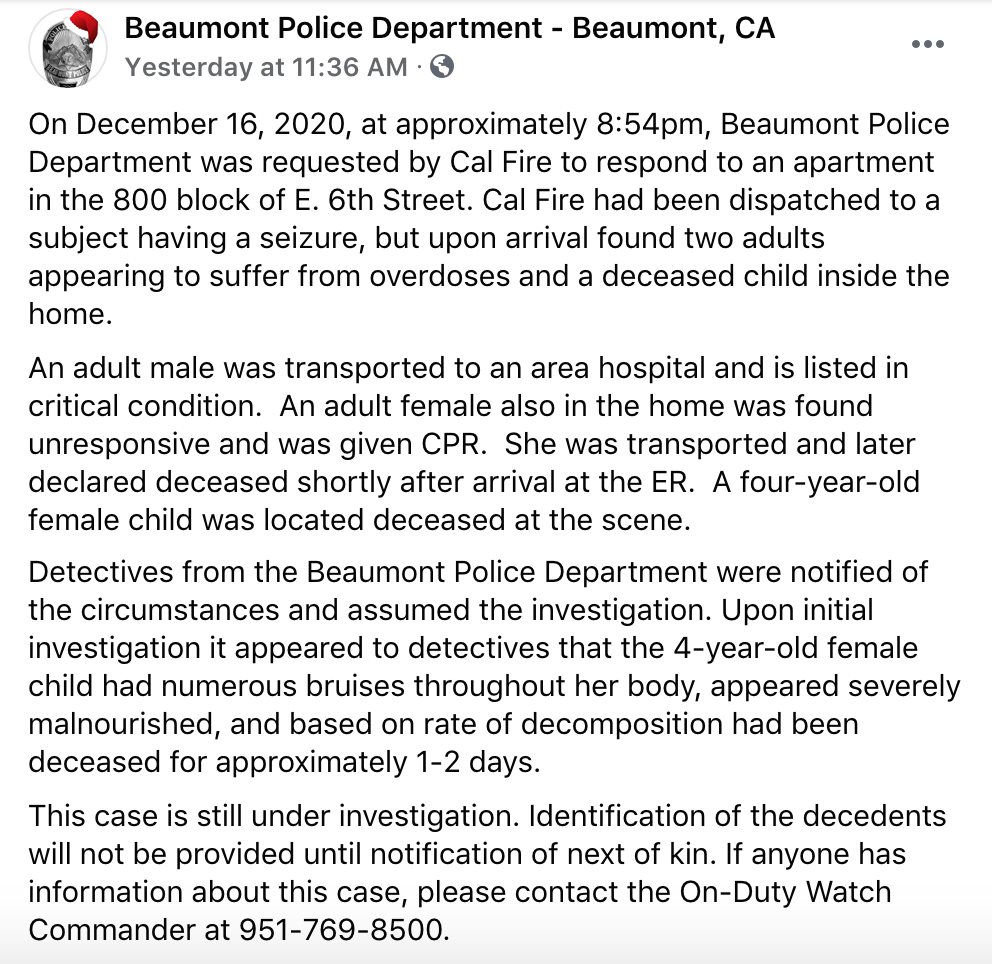