Rishi Sunak caves in to Tory planning rebels over housebuilding: Councils will get power to override Government targets for new homes if they decide they harm the ‘character’ of an area as PM tries to see off opposition from shire MPs

Rishi Sunak has bowed to Tory rebels opposed to housebuilding in leafy suburbs and rural areas by allowing them to overrule targets designed to help solve the UK’s homes crisis.

Michael Gove tonight announced that ministers have watered down plans to hand down targets for new homes that would make them guidance rather than mandatory figures.

Councils will be given the power to overrule the figures if the number or density of homes in a given development would ‘significantly change the character’ of the area.

In a letter to MPs the  Communities Secretary Michael Gove said the Levelling-up and Regeneration Bill would be amended to abolish mandatory housebuilding targets.

It comes after 60 Tory backbenchers from affluent areas threatened to rebel to soften its impact.

Led by former minister Theresa Villiers they are supporting a series of amendments to the proposed planning legislation, as they bid to tighten rules on building homes in the countryside and suburbs.

Chipping Barnet MP Ms Villiers said: ‘These reforms will rebalance the planning system and give local communities a greater say over what is built in their neighbourhood.’

But the move is likely to infuriate Tories including former ministers Sajid Javid and Simon Clarke, who have warned that failure to build more homes that young people can afford is socially damaging and politically suicidal. 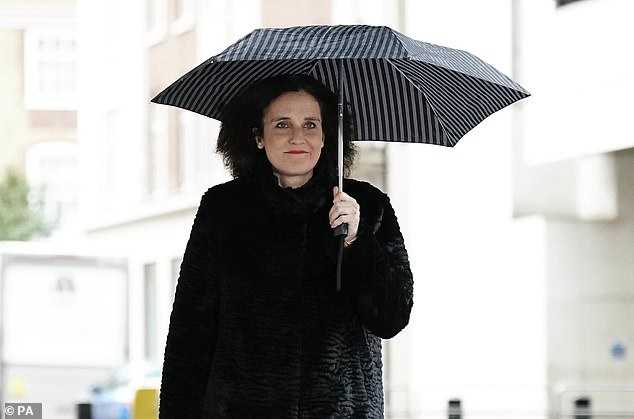 Chipping Barnet MP Ms Villiers said: ‘These reforms will rebalance the planning system and give local communities a greater say over what is built in their neighbourhood.’ 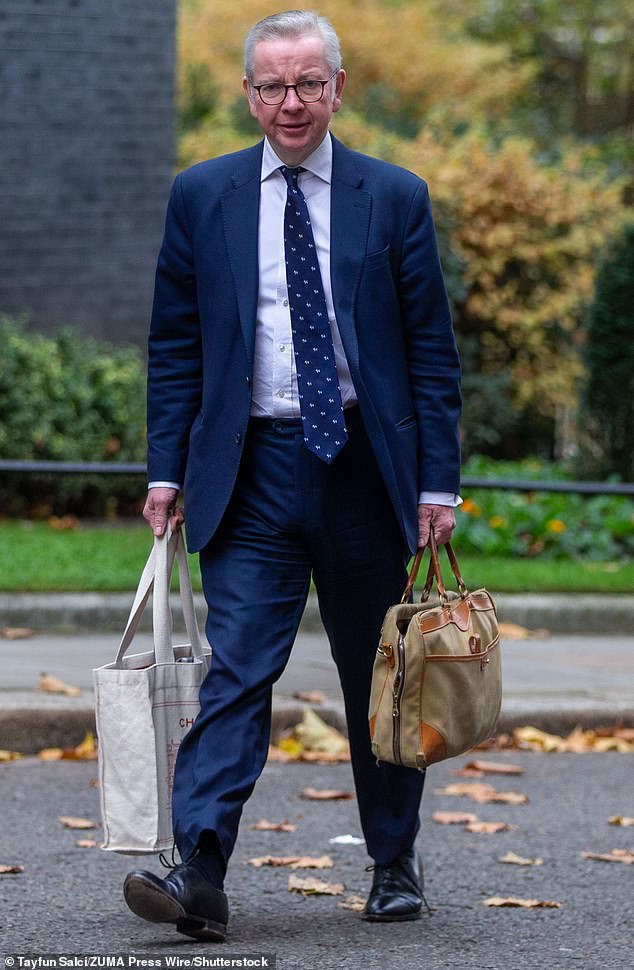 Michael Gove, the Levelling Up, Housing and Communities Secretary, is in talks with disgruntled Tory MPs over the Government’s flagship Levelling Up and Regeneration Bill

The 2019 Tory manifesto co-author Robert Colville said it would ‘enshrine ‘nimbyism’ as the governing principle of British society’.

Mr Gove said he recognises ‘there is no truly objective way of calculating how many new homes are needed in an area’ but the ‘plan-making process for housing has to start with a number’.

The change would make the centrally determined target a ‘starting point’, with councils able to propose building fewer homes if they faced ‘genuine constraints’ or would have to build at a density that would ‘significantly change the character’ of their area.

The Bill is expected to return to the Commons next week for day two of its report stage.

Ministers have also announced a consultation on whether homes being turned into short term holiday lets for rent on sites such as AirBNB should require planning permission for a change of use.

There will also be a consultation on the National Planning Policy Framework (NPPF) published before Christmas.

Isle of Wight MP Mr Seely said that ‘well over 100 Tory MPs’ had supported the changes, which would make the Government’s housing and planning agenda ‘more conservative than the one we currently have’.

He said: ‘The new language we’ve agreed will work with communities, speaking to the character of areas and celebrating the beauty of good design. It understands the need for farmland, will significantly emphasise brownfield over greenfield development and will help deliver homes for young people.’

Mr Seely rejected accusations the Conservative Party has nothing to offer to young people, saying: ‘This is going to be much better for younger people.

‘In places like the Isle of Wight, or places like the tip of Cornwall or Cumbria, this is really going to help young people because we can say you can dramatically increase your targets for local affordable housing, and that’s specifically for younger people.

‘So, this is actually a really big win.

‘This is good news for everybody.’

On whether Mr Gove’s decision had been influenced by Labour leader Sir Keir Starmer telling Rishi Sunak that Labour would lend him the votes he needed to pass the planning reforms, Mr Seely said: ‘It had nothing to do with that.

Other changes agreed to by Mr Gove include charging a higher infrastructure levy on greenfield development, taking action to prevent land banking, and ending the ‘duty to cooperate’ which sees rural and suburban areas required to help meet the housing need of neighbouring cities.