Porsche driver Richard Pusey will be free from prison in days after being jailed for sending graphic photos of dying police officers to the financial services watchdog.

Images from the April 2020 Eastern Freeway crash that killed four officers were attached to a November 2021 complaint Pusey sent to the Australian Financial Complaints Authority. 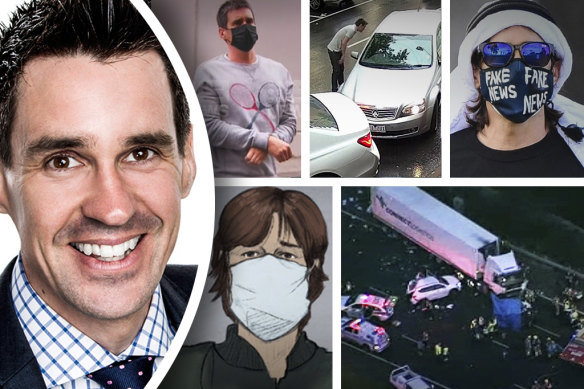 Richard Pusey has been jailed for sending offensive images of the crash that killed four police officers in 2020.Credit:The Age

Pusey, who uses they/them pronouns, was found guilty by magistrate Michelle Mykytowycz of using a carriage service to cause offence over the use of the “terribly graphic” pictures.

Pusey lodged a complaint with the authority after PSC Insurance Brokers, underwritten by Dawes Motor Insurance, refused to indemnify their black Porsche 911, which was significantly damaged in the Eastern Freeway crash.

Mykytowycz on Monday said it was hard to conceive of a more serious example of the offence she found Pusey guilty of. 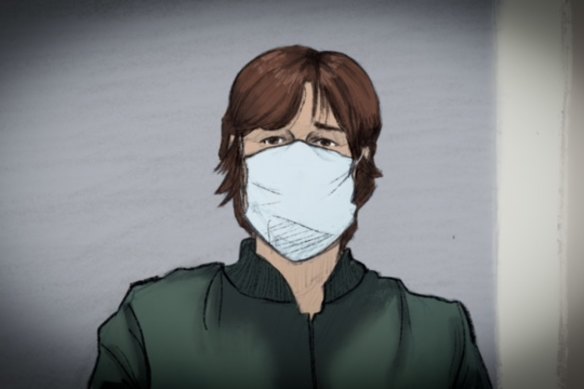 A previous sketch of Richard Pusey appearing before court.Credit:Nine News

The four images each showed one or more of the deceased officers, with the circumstances of their deaths and injuries plain to see.

“Once seen, these images cannot be unseen,” she said.

Their use in the complaint was nothing more than gratuitous, and belied the dignity each of the officers deserved, she said.

Pusey had expressed in the complaint how graphic and traumatising the scene was, yet took the unjustifiable risk of sending the images – without any warning about the graphic nature – to an organisation which existed to help them with their financial concerns, the magistrate found.

Harry Ganavas, a senior manager at the authority who received the images, previously described being repulsed and feeling physically ill after viewing them.

Mykytowycz said Pusey also unnecessarily and callously described the officers’ deaths in the text portion of the complaint.

She highlighted the need for deterring their ongoing criminal offending with her sentence, noting they had a continued attitude of disobedience of the law.

Pusey was sentenced to 10 months behind bars. With time served, the magistrate expected the 44-year-old would be released in days.

Mykytowycz was also forced to view the graphic images as part of hearing the case and spoke candidly after handing down the sentence about the high regard she holds for first responders.

“First line responders … do a remarkable job and I can only think they must suffer some level of cumulative trauma the more significant events they attend,” she said.

“I really want to convey my thanks and gratitude to those first line responders.”

The police officers had pulled Pusey over for speeding and were discussing impounding the Porsche when Mohinder Singh’s truck crashed into the officers.