Denpasar: Renae Lawrence is finally free from her Balinese prison, more than 13 years after being jailed.

In chaotic scenes outside the Bangli Prison, Lawrence made no comment to a huge press pack as she was bundled into a waiting car by several dozen Indonesian police. 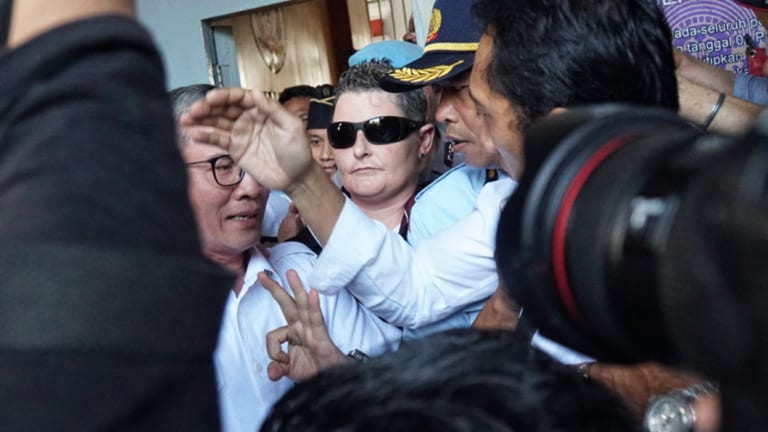 But she may not be able to enjoy her freedom for long, with the 41-year-old facing arrest over her alleged role in a high-speed car chase in NSW when she returns to Australia on Thursday.

Lawrence is the first member of the Bali Nine – who were all arrested in April 2005 for attempting to smuggle 8.3 kilograms of heroin from Indonesia to Australia – to win freedom. 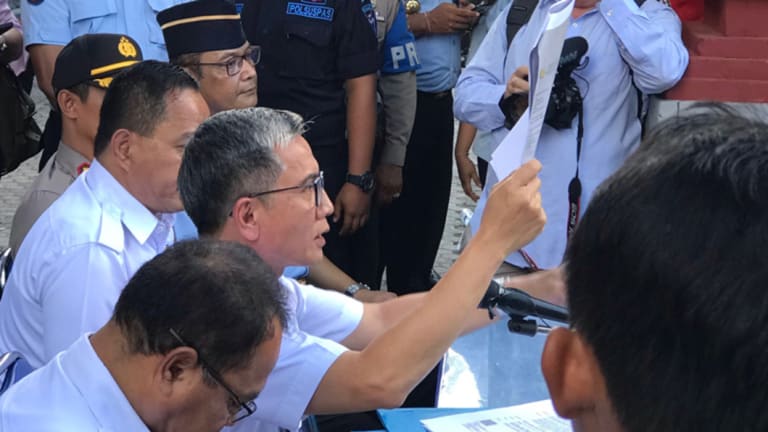 Moments before her release, Bali justice chief Maryoto Sumadi said that she had completed her sentence according to a decision by the Bali High Court on April 20, 2006.

“Bangli Prison has conducted a health check and she was deemed healthy and without illness,” he said.

“We have also conducted a hand over between Bangli and the immigration office in Denpasar.

“Because she is a foreigner, therefore, the person is deemed to be in Indonesia without permission…therefore she needs to be released from prison and into immigration office custody.

The convicted drug smuggler is now en route to Denpasar airport in a convoy of police vehicles and she will be deported by Indonesian authorities in a matter of hours.

Her flight back to Australia is expected to leave at about 9pm local time (midnight AEDT) on Wednesday.

Five members of the Bali Nine are serving life sentences, with little prospect of release in the short-term.

Matthew Norman and Si Yi Chen are both still in Bali's notorious Kerobokan prison, where Lawrence was initially held. Scott Rush is in Bali's Karangasem prison, while Michael Czugaj and Martin Stephens are being held in a jail on the island of Java.

Bali Nine ring leaders Andrew Chan and Myuran Sukumaran were both executed on April 29, 2015, while Tan Duc Thanh Nguyen died of cancer in June this year.

Norman told Fairfax Media on Tuesday that he wished his friend and fellow Bali Nine member "all the best of luck" on her release, and that he still held out hope he too would one day be released.

University of NSW legal expert Melissa Crouch, who specialises is south-east Asian legal systems, said that Lawrence was being released because of a series of remissions, which are handed out twice a year in the Indonesian legal system to prisoners who are serving a fixed term in jail.

"Lawrence received a combination of general remission and special remissions," she said.

"General remission depends on the length of the sentence served and is granted on Independence day, 17 August. At least twice in recent years, Lawrence had her sentence reduced by six months through the general remission process."

"She also received special remission on several occasions, such as at Christmas in 2013."