ONE of just six ultra rare black tigers known to exist in the world has been miraculously papped by an amateur photographer. 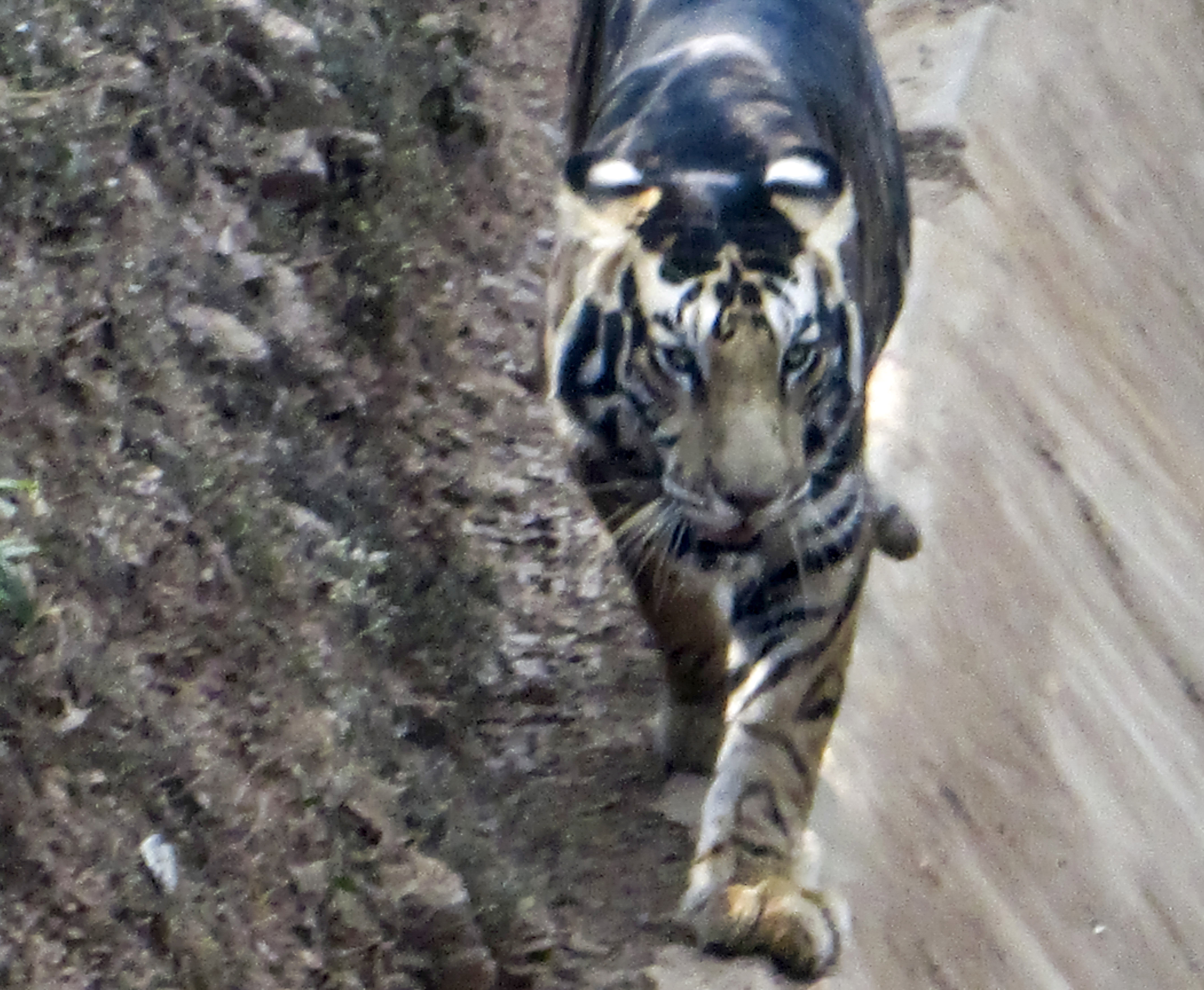 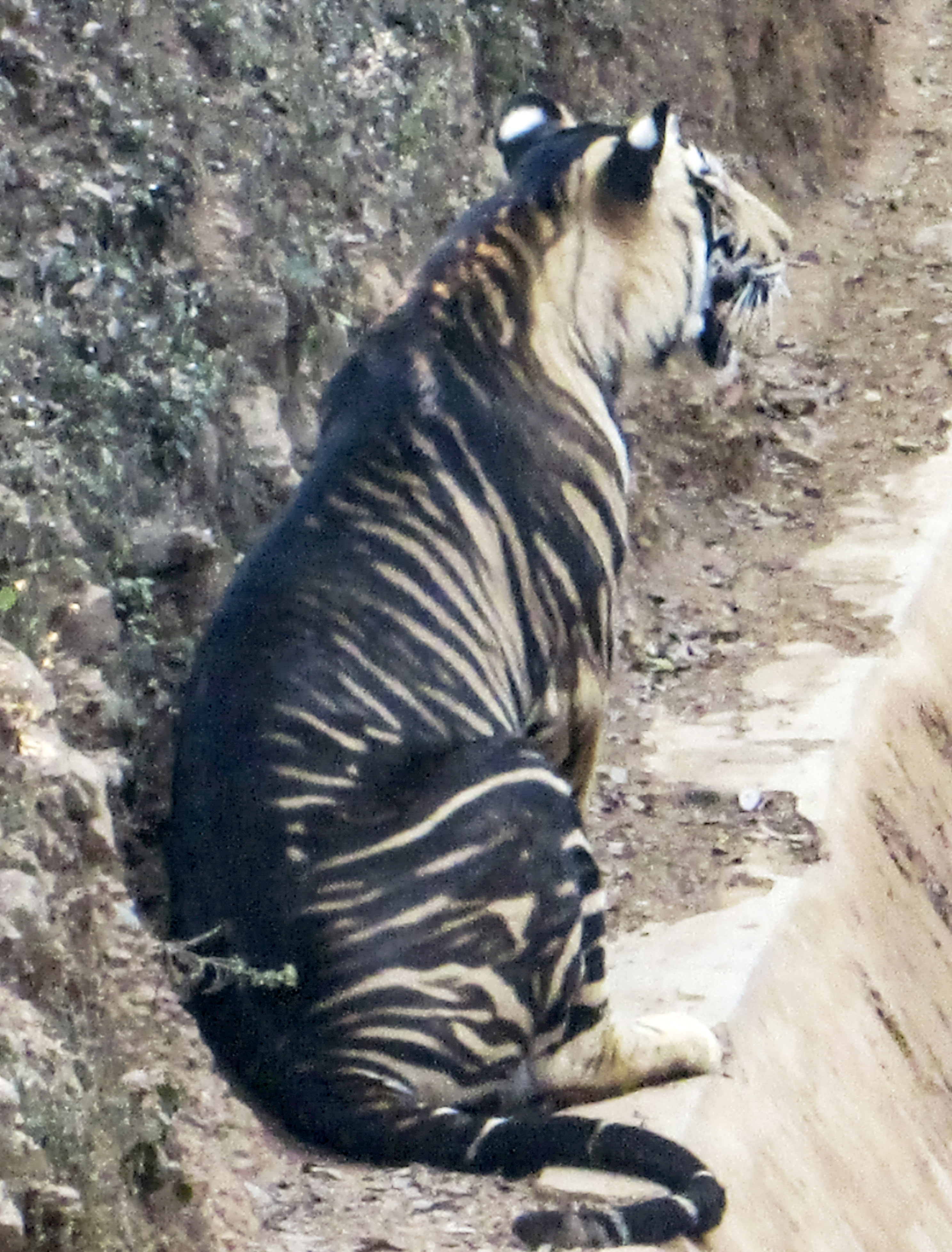 The species, which is on the verge of extinction, is only found in the jungles of the Indian state.

Soumen – who was blown away by the once-in-a-lifetime sighting – said he felt "fortunate" and "grateful" to have seen the rare creature.

He explained how he had been out in the nature reserve to see monkeys and tigers in the trees – and was completely flabbergasted when he spotted one of the rarest tigers in the world.

He said: "I was surprised and felt fortunate to have seen the tiger.

"[At the time] I didn't have any idea about Melanistic Tigers.

"Then suddenly it appeared from the woods, stayed for few seconds and walked back behind the trees."

Soumen, a Masters in Technology from Kolkata in West Bengal, was just getting into photography at the time and managed to snap a few incredible photos of the beast.

He said so far the two black tigers on the Nandankan reserve had been captured only through camera traps.

Soumen said: "I was extremely grateful to see it myself even though it was for [a] few seconds", but added at first he was so bewildered he didn't even realise what he had seen.

WHAT IS A BLACK TIGER?

THERE are thought to be just six black tigers on the planet.

Black tigers are not an specific species but a colour variant of the usually orange tiger.

The creatures – known as melanistic tigers – are born with thick black stripes that cover their orange fur, making them appear completely black in some instances.

The tigers do have lighter fur – but due to the rare birth effect it appears dark brown or black, taking away the signature orange colour.

While they are extremely rare and said to be on the edge of extinction, scientists think an increase in inbreeding could be producing a slow-uptick in cubs with similar rare fur patterns.

"Initially I didn't even recognise what happened as I saw a completely different tiger", he said.

"I had seen many tigers before – both in the wild and in captivity – but this was completely a different one.

"Nandankan is the first sanctuary to [home] a melanistic tiger, but there is no guarantee you can see it because they roam in [their] natural environment and [there] is just one or two."

He explained all six tigers known to exist can be found in the state, living in Simlipal Reserve and Nandankanan Sanctuary.

Soumen added: "We hope that these tigers mate with other tigers so that we have chance to get more melanistic cubs.”

Earlier this year an ultra-rare black leopard was spotted during a safari trip in an Indian nature reserve.

A black panther is defined as the melanistic colour variant of any big cat species.

Black panthers in Asia and Africa are leopards (Panthera pardus), and those in the Americas are black jaguars (Panthera onca).

The animal's dark coat is caused by melanism – when extra black pigment develops in the skin or hair because of a recessive genetic mutation – similar to black tigers.

And back in 2019 one of only 120 Siberian leopards was spotted peeking through the trees at a Russian nature reserve. 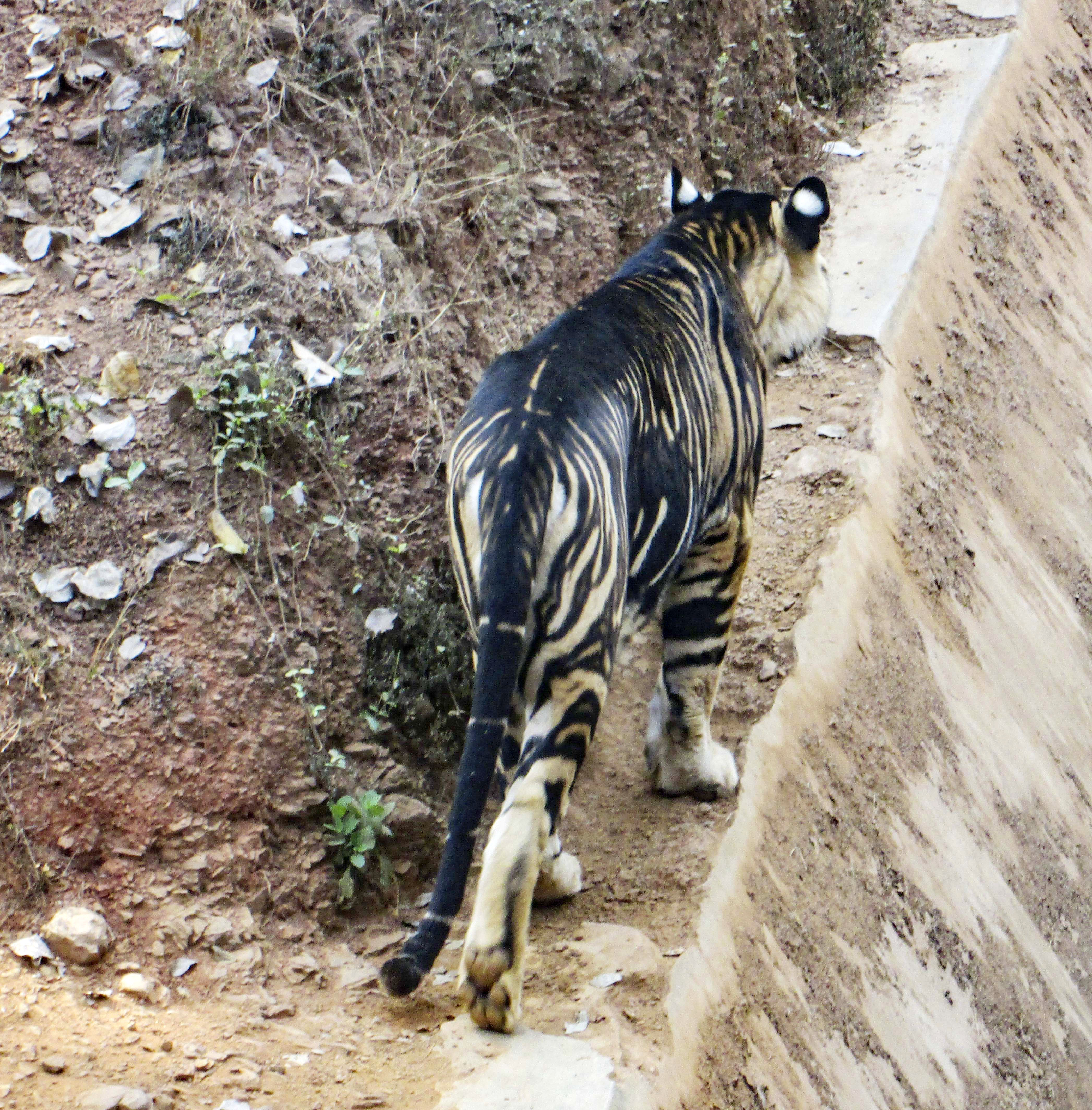 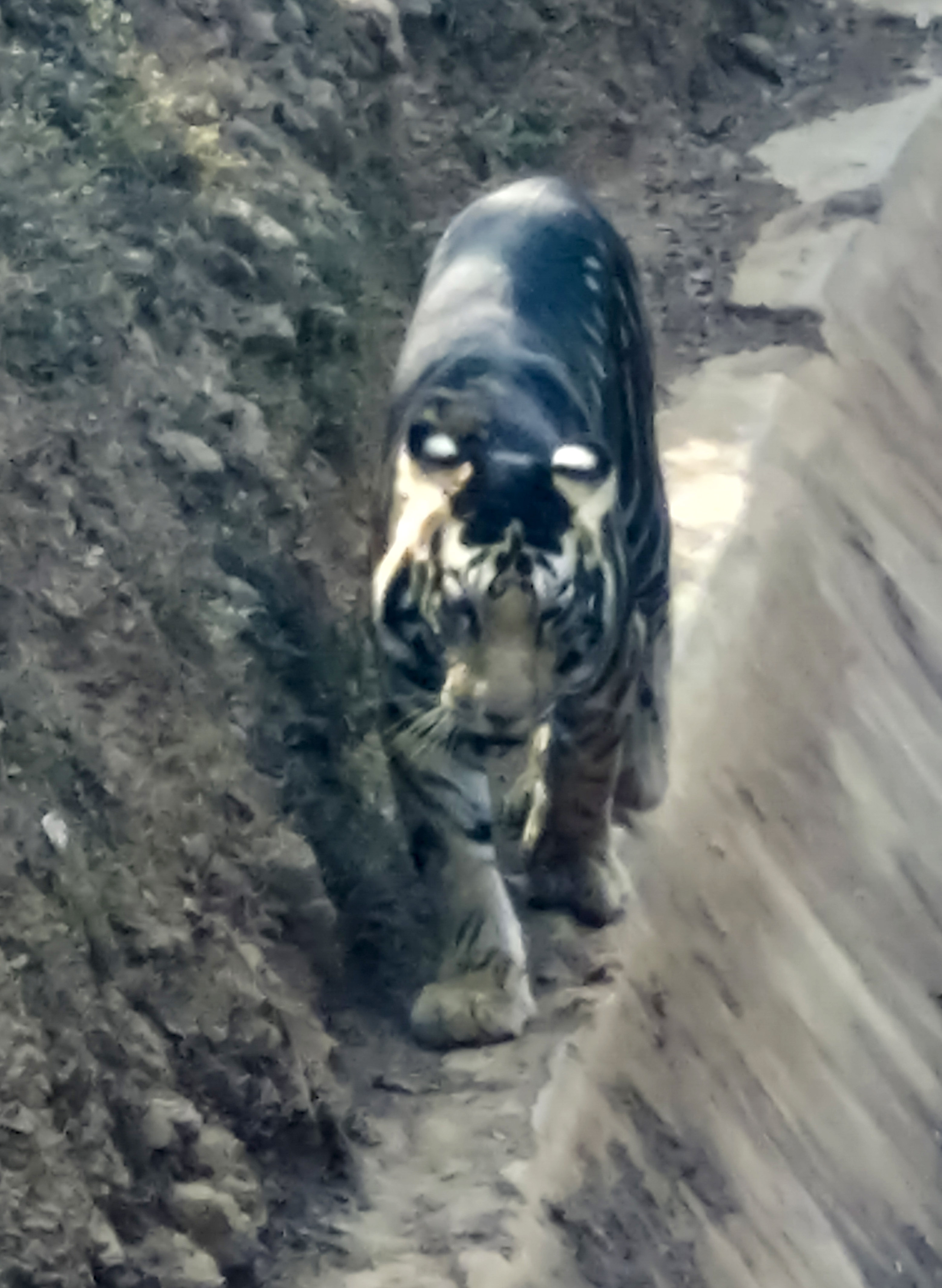 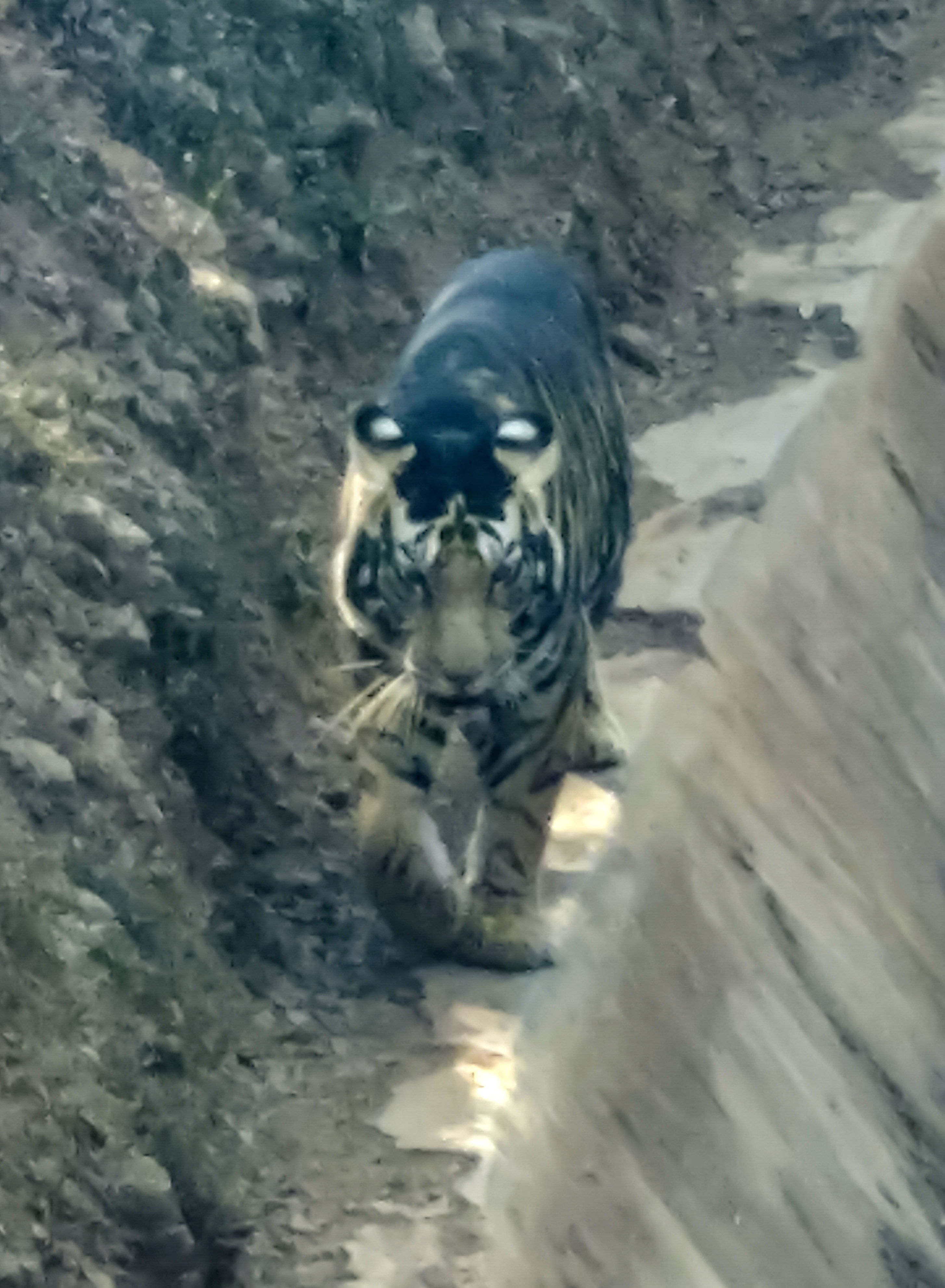