A HUSBAND drowned his sorrows after his wife dumped him by getting drunk – and ramming two phone chargers up his penis.

They stayed in his bladder for an astonishing three months before he finally went to hospital. 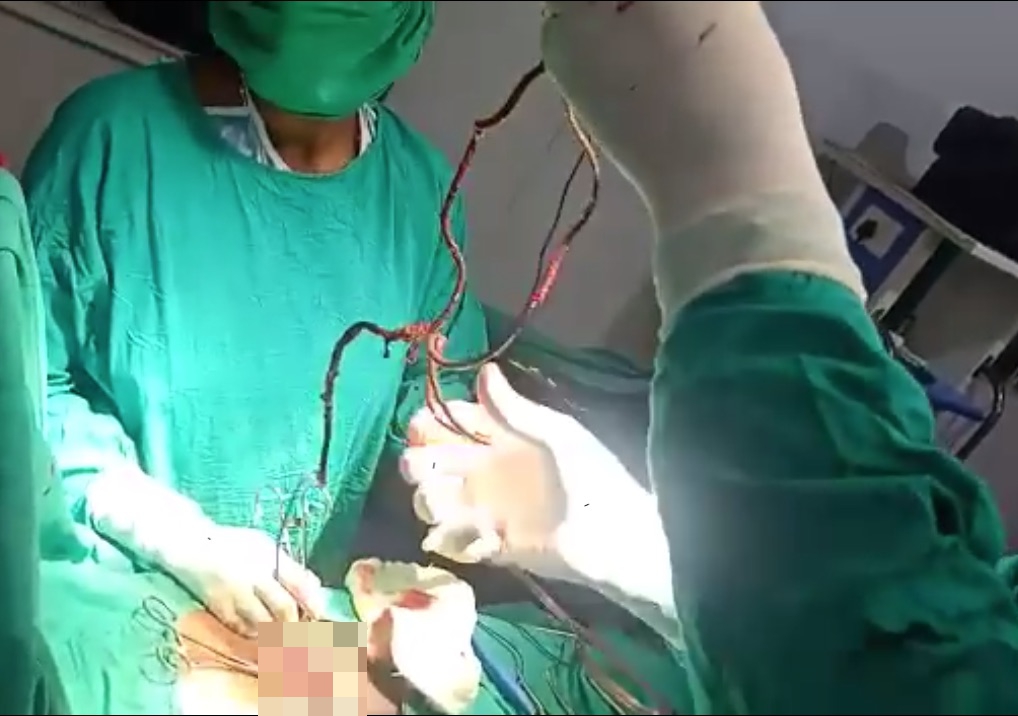 Stunned surgeons removed the 18-inch cables in a life-saving op in Dumka, India.

X-rays showed the 35-year-old had two wires inside his bladder after he went to the outpatients’ department complaining of severe pain in his belly.

“He was crying and asking us to save his life,” said hospital boss Amita Rakshit.

“Doctors decided to operate on him as soon as possible.

“He was operated on the same day and two mobile phone chargers were removed from his bladder.”

The doc said the patient could have died as the chargers had started gathering deposits, causing a blockage.

The depressed man, a house painter, told doctors he stuffed the chargers up his penis after getting drunk when his wife left him.

“Initially, I did not feel any problem during urination,” he told them.

“After a month, I started feeling pain during urination, which turned unbearable later.

"But, I could not tell anybody about the reasons.”

He had initially gone to another hospital for treatment but fled fearing he would face “social criticism.” 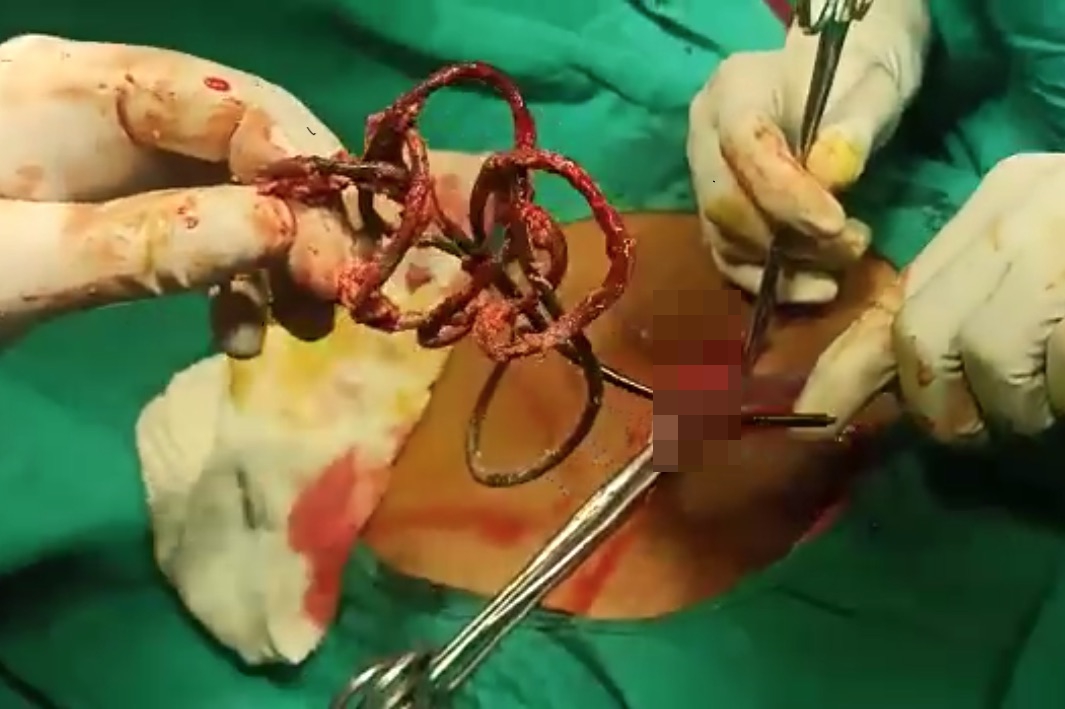 Surgeon Sunil Kumar, who led the hour-long op, said there could be two reasons behind his antics.

“The man might be a pervert suffering from depression as his wife reportedly eloped with another person,” he told the Hindustan Times.

“In a few rare cases, we have also seen that men do such an unusual act to have sexual pleasure.

“Under the acute influence of alcohol, he might have not understood the consequences.”

It happened days after doctors 500 miles away operated on another Indian man who stuffed a 2ft phone charger up his willy for kicks.

“Instances of men indulging in urethral sounding are known.

“But this person went to an extreme and hence the cable reached his urinary bladder.

"This is a very rare thing.”