The retiring Clerk wrinkled his nose at Corbyn’s howler: QUENTIN LETTS watches on as Labour leader gets his names wrong in Parliament

A PMQs we heard talk of ‘honour’ and ‘mindfulness’. There were mentions of the late England goalie Gordon Banks and of the women’s FA Cup. If I tell you that towards the end we were on to a question about eating dogs and cats, you may gather that it was an eclectic session.

Westminster may still be in the grip of Brexit-mania – you sense it in the air like static electricity or the down-breeze waft from a sewage farm – but MPs are realising that the electorate is heartily sick of that. Our country knows it has been shafted by a clique of Europhile obsessives. Hence, perhaps, yesterday’s jumble of topics, displacement activity before today’s resumption of the Brexit ding-dongs.

George Freeman (Con, Mid Norfolk) wondered if recipients of knighthoods should lose their gongs if they behave with dishonour. Theresa May pretty much said yes, although with her genius for dullness she made her answer unpunchy and verbose, so as not to upset the Civil Service. 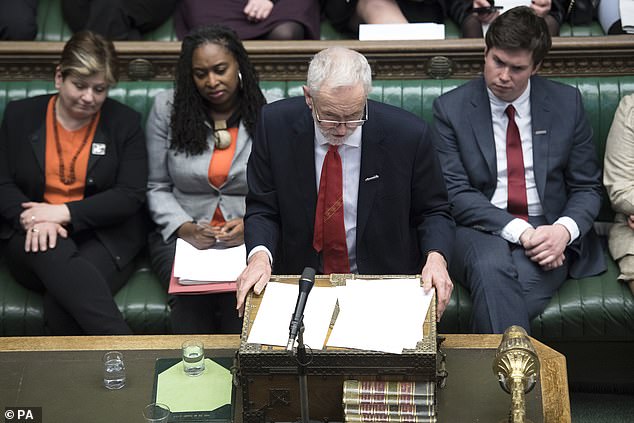 Jeremy Corbyn, serial incompetent, tried to salute the House’s retiring Clerk but managed to get his name wrong

Chris Ruane (Lab, Vale of Clwyd) had asked if she supported ‘mindfulness’ in schools, prisons, hospitals and the workplace. ‘Mindfulness’ is a mumbo-jumbo term for being less tunnel-eyed and more emotionally connected. Exhibit one: er, Madam Glumbucket.

Mrs May’s eyes shuttered like the old terminus announcements board at Paddington station, in the days before it was computerised. She unclipped her mouth and out came a sober, utterly unmemorable answer about ‘mindfulness-based cognitive therapy being recommended by the National Institute for Health and Care Excellence’.

She read this from a typed sheet – I suppose Mr Ruane had let her office know he was going to raise the matter. Had a Downing Street aide worked in some colourful words, something that would allow the PM to tickle the public’s imagination? No. She just droned away like a punctured bagpipe.

Jeremy Corbyn, serial incompetent, tried to salute the House’s retiring Clerk but managed to get his name wrong. Mr Corbyn called him ‘Sir David Napley’. He is Sir David Natzler. David Napley was a notorious fixer and solicitor in the 1970s. One of his clients was Jeremy Thorpe. Natzler wrinkled his nose at Corbyn’s howler.

Mr Corbyn tried to bag brownie points by mentioning Gordon Banks’s death. Mrs May, not to be outdone, started going on about Banks’s ‘astonishing Pele save in 1970’. She spoke these words in the same tone of voice she had used for an earlier answer on female genital mutilation. If put on stage, she’d empty Drury Lane’s Theatre Royal in minutes, this one. The late Stephen Hawking’s computerised larynx had more human gravy to it. 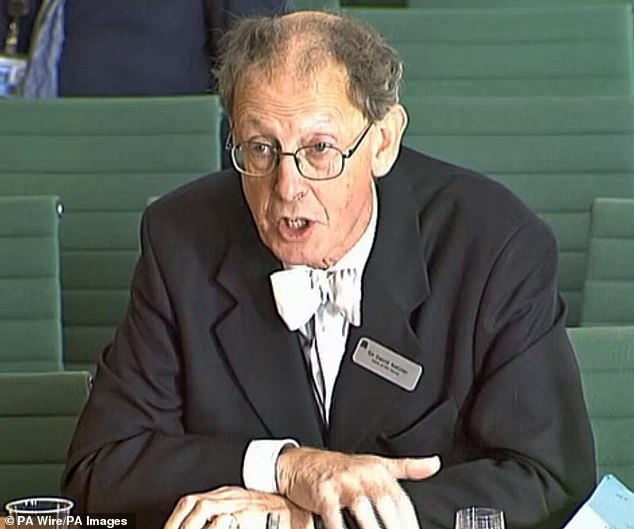 Mr Corbyn called him ‘Sir David Napley’. He is Sir David Natzler. David Napley was a notorious fixer and solicitor in the 1970s. One of his clients was Jeremy Thorpe. Natzler wrinkled his nose at Corbyn’s howler

Mind you, at least she doesn’t honk like that sealion Vicky Foxcroft (Lab, Lewisham Deptford), who had a complaint about female footballers being paid less than male counterparts. Mrs May replied that she was president of Wargrave girls football club. The Foxcroft voice is so astringent, it could be used like Scrub Buds on frying pans with particularly obstinate stains.

All this important geo-political discourse took a turn for the surreal when Giles Watling (Con, Clacton) invited Mrs May to outlaw the eating of cats and dogs. Someone said ‘hear hear’ but ‘woof woof’ might have been more appropriate. Mr Watling often wears a Garrick Club tie. Was he trying to tell us something of the hors d’oeuvres trolley there? Mrs May agreed that it was by and large a bad idea to eat Rover and Tiddles.

Engagement levels were low. More ‘mindfulness’ needed, perhaps. Or just a different crop of politicians. South Cambridgeshire’s Heidi Whatnot (Con, but possibly for not much longer) moaned about attempts to reduce the cost of the welfare state. She looked v fed-up. And anti-Brexit plotter Sir Oliver Letwin (Con, W Dorset) sat shrouded by his own silly laughter, one arm snaked round the left shoulder of Tobias Ellwood, one of the Europhile ministers who is threatening to resign if there is no soft Brexit. What a disappointment Mr Ellwood has proved.