QUENTIN LETTS: Hell surely has a special shelf for the functionaries of Brussels who pursued federal Europe without the assent of its people

Hell would have a special circle for Brexiteers who had no plan for our departure from Europe, said Donald Tusk, president of the European Council.

This was spoken with the despair of a man who knew, poor blighter, that he was again going to have to try to make small-talk to Theresa May when she turned up to request changes to the withdrawal agreement she signed with the Europeans before Christmas.

Dodgy vendors never like it when the customer returns the goods and says ‘this thing doesn’t work’. Even so, prolonged exposure to our Mrs May is bad luck. Jean-Claude Juncker can drink himself into an anaesthetised state but tidy Tusk is not such a boozer. He must dread Theresa’s visits. His theology may be suspect, though. Hell is surely likely to have a special shelf for Brussels functionaries who over the years have promoted European federal union without the assent of the peoples of Europe. 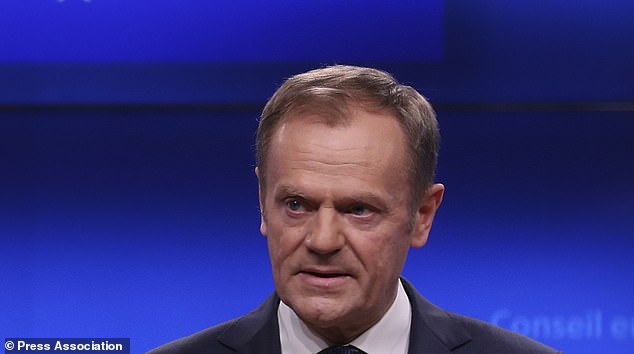 That is where the foolhardy wickedness has been. Heath, Rippon, Jenkins, Delors, Mandelson, Blair and the ghastly Major: these are culprits to a far greater degree than Farage or Johnson.

Mr Tusk, who made his acidic little remark at the end of a Brussels press conference alongside Ireland’s irritating goody-goody Taoiseach, at least gave us all something to grab hold of, something to discuss amid the terminological abstracts of Brexit. Hell? There was a blessedly easy concept after brainachey discussion of backstops and Brady amendments and Cooper-Boles copouts and Malthouse compromises.

A Conservative MP, Peter Bone (Wellingborough) rose in the Commons chamber just after PMQs to denounce Mr Tusk for his ‘completely outrageous insult’. But Mr Bone did not sound entirely upset. Mr Tusk had simply thrown a log on the fire to divert us while we await next week’s resumption of the Brexit debating in the Commons.

With Mrs May still in Northern Ireland, where she was being shouted at by a couple of Sinn Feiners, PMQs was deputed to David Lidington (for the Government) and Emily Thornbury (for Labour).

Lady Wobbles went all whispery as she asked Mr Lidington about Brexit. Her soft-spoken approach was a relief compared to Jeremy Corbyn’s usual shouty style. With a delicate murmur she noted, by the way, that Mr Lidington was often referred to as ‘effectively the deputy prime minister – surely the only occasion these days when the words “prime minister” and “effective” are used in the same sentence’. 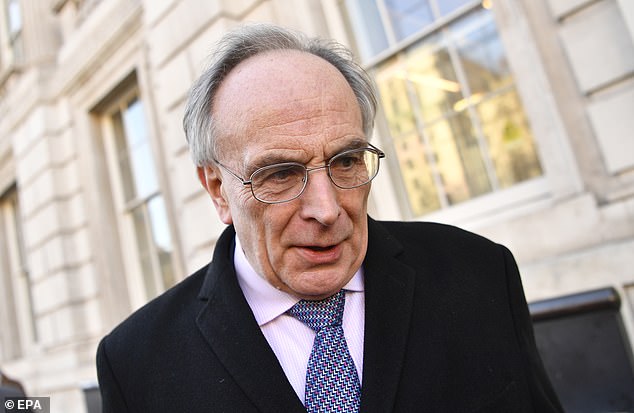 A Conservative MP, Peter Bone (Wellingborough) rose in the Commons chamber just after PMQs to denounce Mr Tusk for his ‘completely outrageous insult’

The House enjoyed that. One of the Tory Whips, Craig Whittaker, chuckled away. I am sure he would be grateful if we kept quiet about that.

Generally Mr Lidington had worked himself into a vortex of twitches and blushes, all pink in the face and trembly fingers, even sounding a little raspy when telling MPs that they should support Mrs May’s Brexit deal.

Keen Brexiteer Mark Francois (Con, Rayleigh & Wickford) had him in all sorts of trouble when he asked about the backstop.

Despite this fragility, Mr Lidington did have a good moment when he spoke about the fire in Stafford which killed four children.

The matter had been raised by Stoke South’s Jack Brereton (Con) on behalf of his colleague Jeremy Lefroy, MP for Stafford, who was not present in the House because, understandably, he was in his constituency.

Mr Lidington did not resort to scripted expressions of sorrow. He did not produce something seamless or formulaic. He stopped, thought for a moment, and then slowly said he could not think of any MP whose reaction to the ghastly fire was other than one of horror and the most deeply-felt sense of sympathy.

Mr Lidington is an unusual figure. He does not seem comfortable at the despatch box. But that answer about Stafford felt entirely decent and sincere and it restored one’s belief, at least briefly, in a parliamentary chamber which has sunk so low in our esteem.