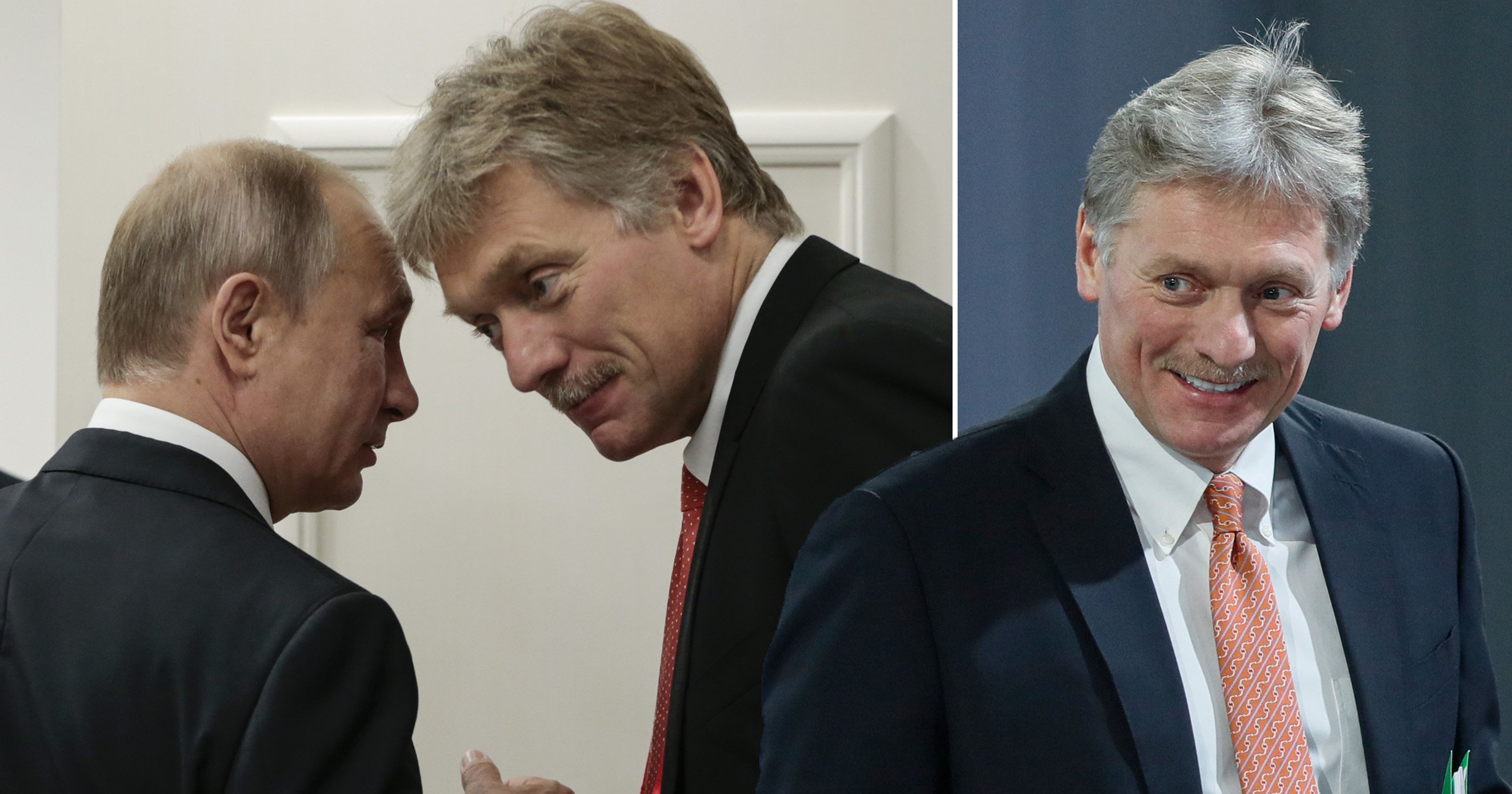 Vladimir Putin’s spokesperson has refused to rule out the use of nuclear weapons in Ukraine in case of an ‘existential threat’ to Russia.

Dmitry Peskov made the chilling remarks in an interview on CNN, where he also denied his country’s invasion had stalled and repeated false claims to justify the war that has killed hundreds of children and displaced over 10 million people.

Interviewer Christiane Amanpour pushed him on whether he was ‘convinced or confident’ that President Putin would not use the nuclear option.

He replied: ‘We have a concept of domestic security, and it’s public. You can read all the reasons for nuclear arms to be used.

‘So if it is an existential threat for our country, then it can be used in accordance with our concept.’

The isolated despot has previously been accused of using nuclear ‘blackmail’ to keep the international community from interfering in his Ukraine invasion.

On February 28, the Kremlin’s defence ministry said that its nuclear missile forces and northern and Pacific fleets had been placed on enhanced combat duty, the Interfax news agency reported.

And foreign minister Sergei Lavrov has previously warned that a wider war in Europe would be ‘nuclear and destructive’.

The US condemned Peskov’s remarks as ‘dangerous’ but said it has seen no need to change its deterrent posture.

Department of Defense spokesman John Kirby said: ‘We monitor this as best we can every day.

‘It’s not the way a responsible nuclear power should act.’

Meanwhile, a security expert pointed out the remarks are ‘not a new thing’.

Matt Tait, a former principal security consultant for iSEC Partners and NGS Secure, said: ‘This is a restatement of long-standing doctrine, not a new thing

‘Don’t get me wrong, they enjoy the US panicking about their nuclear weapons, but this is a statement divorced from a change of posture.’

Peskov’s comments come after President Joe Biden said he believes Putin is prepared to use chemical weapons in Ukraine.

Western officials have been expressing fears for weeks that Russia will resort to more barbarian tactics as Putin grows frustrated over his stalled advance.

But Peskov insisted the military operation was going ‘strictly in accordance with the plans and purposes that were established beforehand’.

He reiterated that Mr Putin’s main goals were to ‘get rid of the military potential of Ukraine’ and ‘ensure that Ukraine changes from an anti-Russian centre to a neutral country’.

Russia-Ukraine war: Everything you need to know

Since Russia’s invasion of Ukraine began on February 24, the country has suffered widespread damages and loss of life amid a major bombing campaign.

Millions of people have fled, as Ukrainian cities face shortages of food, water, heat, and medicine – with thousands of British people opening up their homes to Ukrainian refugees.

And Russian President Vladimir Putin hasn’t shown any signs of calling off the attack anytime soon, despite reports that he is ‘growing paranoid’.