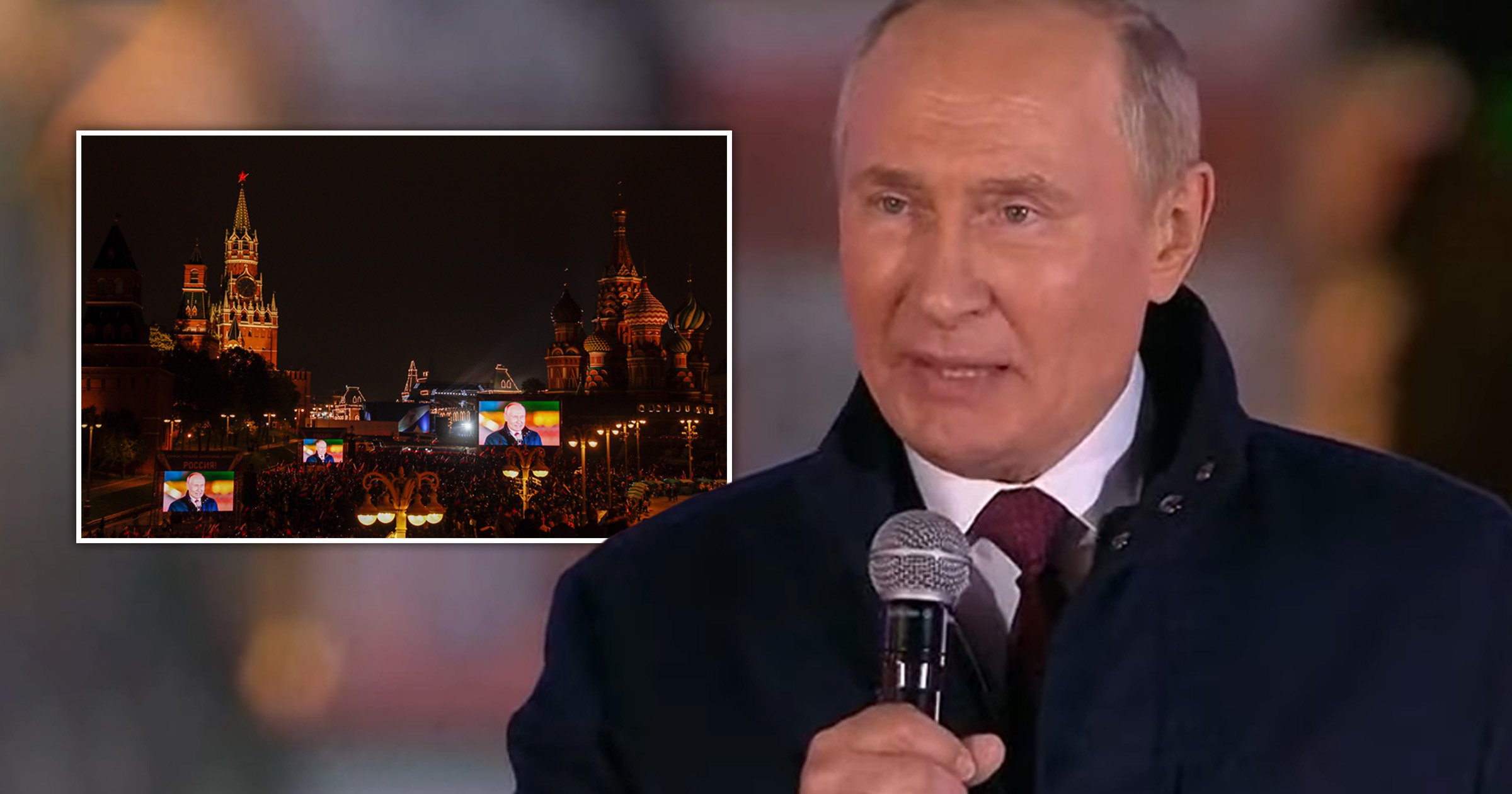 Huge crowds gathered in Moscow’s Red Square this evening for a concert which followed Russia’s annexation of four Ukraine territories.

‘Welcome home,’ Putin said, speaking directly to the thousands in annexed land during a speech this evening.

He told the crowds: ‘We will do everything to support our brothers and sisters in new regions.

‘Victory will be ours.’

In footage from the event, flags with the pro-war ‘Z’ symbol could be seen amongst the country’s flags.

Huge chants of ‘Russia! Russia!’ could also be heard among the audience.

Putin’s proclamation of Russian rule over 15% of Ukraine – the biggest annexation in Europe since World War Two – has been roundly rejected by furious Western countries.

Both the United States and Britain has announced new sanctions following outcry.

In a speech earlier today, Putin signalled he was ready to continue what he called a battle for a ‘greater historical Russia’.

The four Ukrainian regions that he said Russia was absorbing had made an historic choice, Putin said.

He added: ‘They have made a choice to be with their people, their motherland, to live with its fate, and to triumph with it. Truth is on our side. Russia is with us!’

The Russian president had made the comments to his country’s political elite, who had gathered in one of the Kremlin’s grandest halls to watch him sign the annexation documents.

He told the group: ‘People living in Luhansk, Donetsk, Kherson region and Zaporizhzhia region are becoming our compatriots forever.

‘We will defend our land with all our strength and all our means,” he said, calling on “the Kyiv regime to immediately cease hostilities and return to the negotiation table’.