‘I’ve had enough’: Are NYPD officers rushing to retire amid anti-cop climate?

Central Park monument gets cleaned up after night of vandalism

Dramatic footage by The Post shows a crowd of protesters snarling traffic and squaring off with cops just a block from City Hall on the Manhattan side of the Brooklyn Bridge on Saturday night.

Six cops were seen corralling one man with his hands behind his back at the Manhattan mouth of the bridge from around 10:30 p.m.

“What am I being arrested for?,” another can be heard asking, as swarms of officers disperse several dozen protesters coming off the bridge onto Centre Street.

Dozens of protesters had crossed the bridge by walking along its Manhattan-bound roadway, blocking cars.

About a half dozen protesters were given appearance tickets for obstruction of vehicular traffic, according to police. There were no injuries reported, police said.

Large teams of bike cops could be seen directing protesters off the bridge’s roadway into the city in additional footage shared on social media. 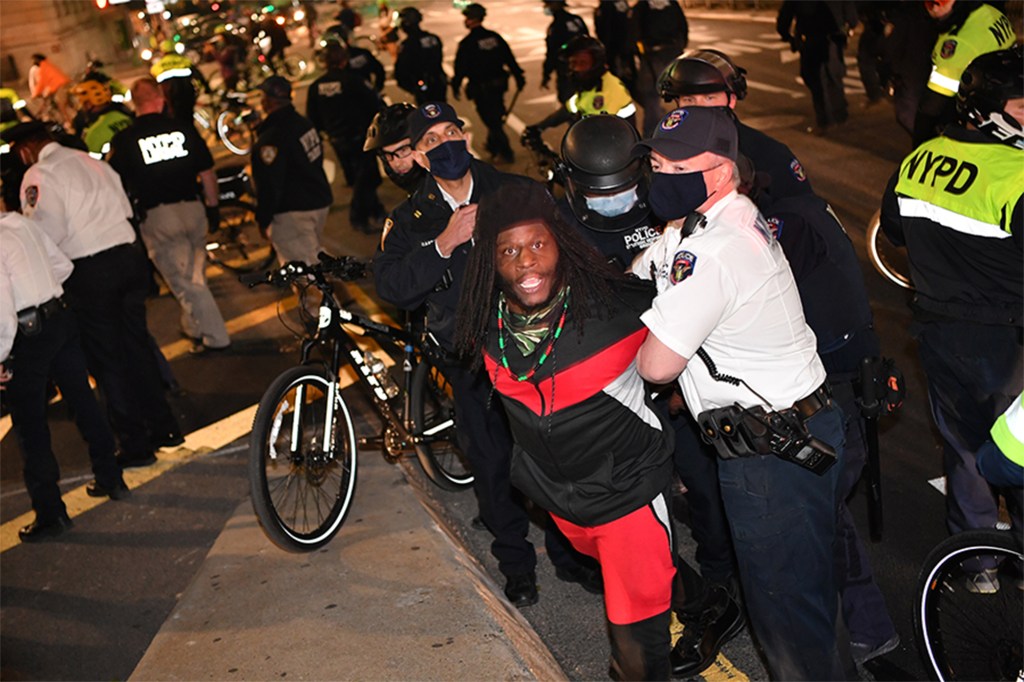 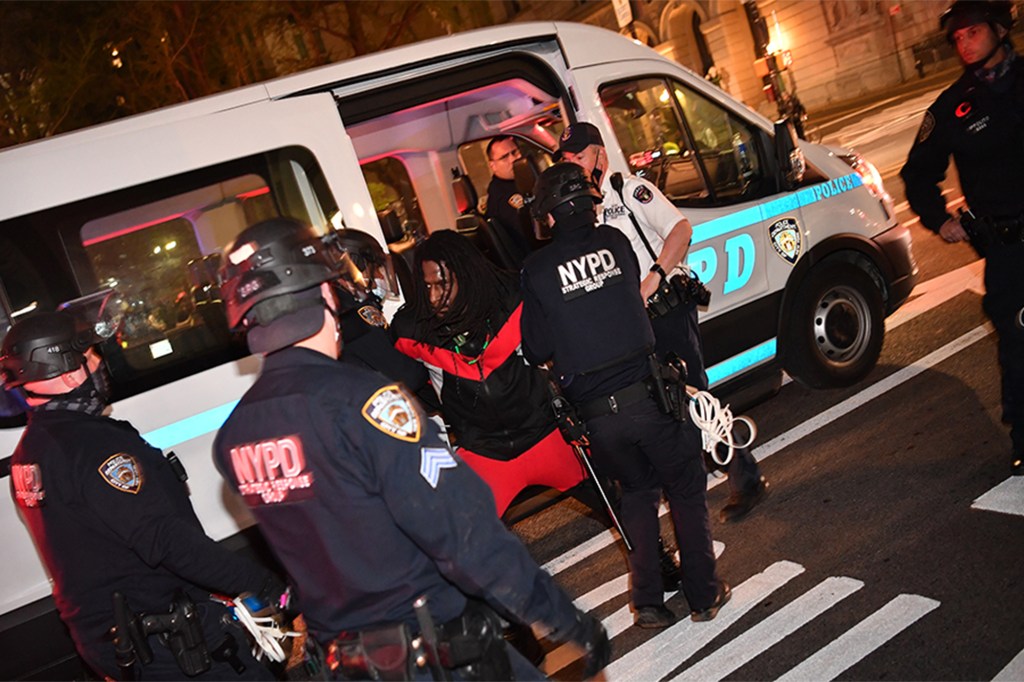 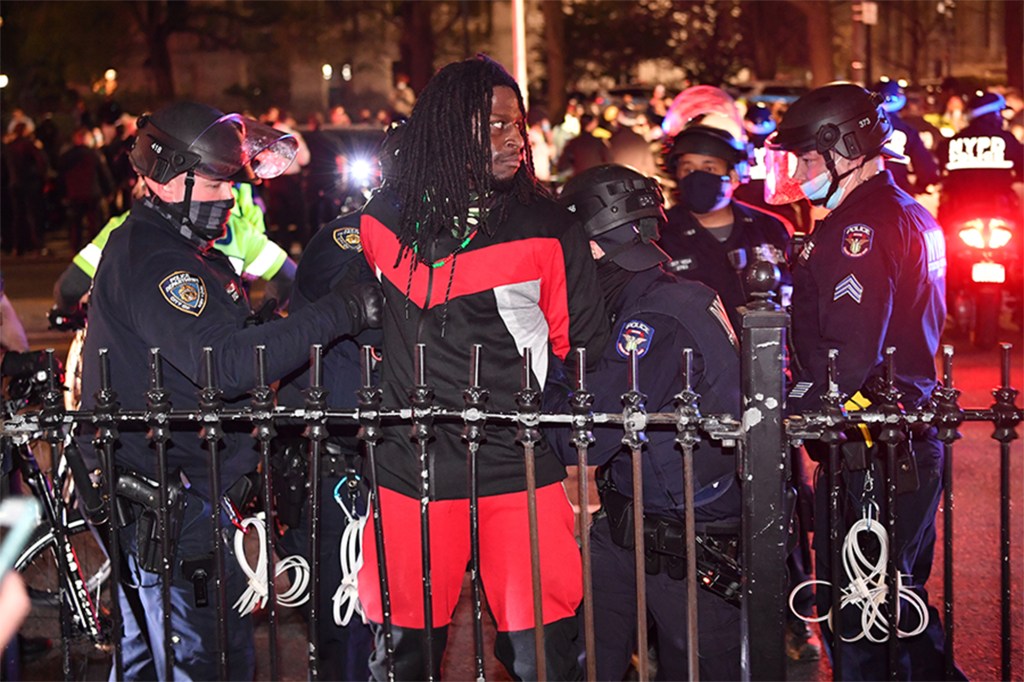 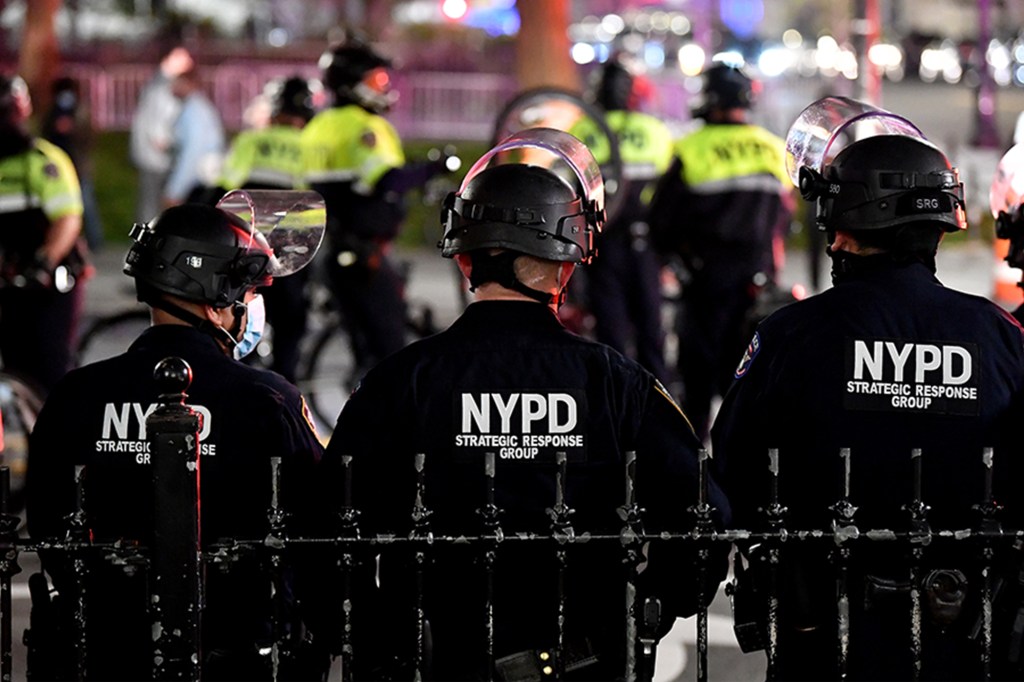 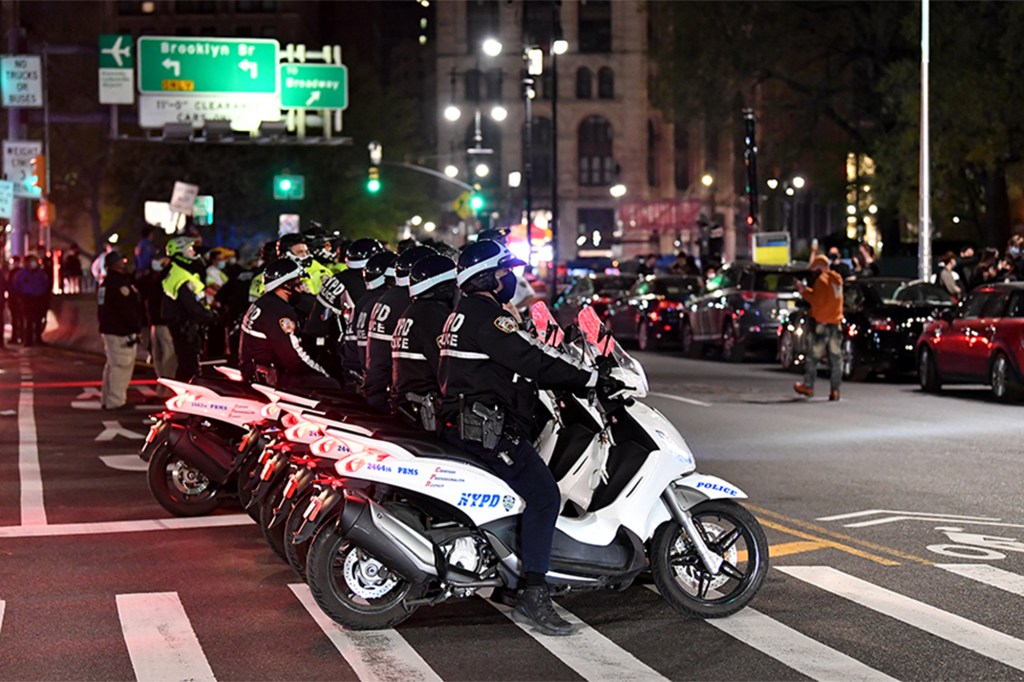