Victoria's prosecutor has vowed to fight moves by drug kingpin Tony Mokbel to be released from jail despite a shock decision by the Court of Appeal on Tuesday quashing a separate conviction in a federal case.

The 55-year-old has come a significant step closer to release after a 12-year sentence for importing a commercial quantity of cocaine – the charge which led to his infamous escape to Greece – was set aside on Tuesday. 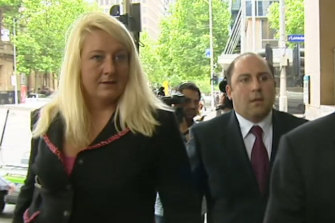 But the Victorian Director of Public Prosecutions has refused to accept there was a miscarriage of justice when it secured three other major drug convictions that boosted Mokbel’s sentence to 30 years in prison with a non-parole period of 22 years.

"We will not be conceding the appeal in relation to the three matters the state prosecuted in which Mokbel pleaded guilty," a spokeswoman for the DPP said in a statement to The Age.

Mokbel’s counsel Ruth Shann QC said she would test those cases — known by police operational code names Orbital, Quills and Magnum — before the Court of Appeal. Mokbel's lawyers and the DPP are locked in negotiations over the disclosure of information and competing assessments of Ms Gobbo’s potential impact on the three cases.

The Court of Appeal urged both sides to act quickly in light of the seriousness of the issues to the administration of justice.

"Those who have been the subject of this disgraceful behaviour by Ms Gobbo and by those who facilitated her work, they have an obligation, by virtue of the impact on criminal justice to ensure that we, deciding the effect of those activities, have the full picture," Justice Maxwell told the court on Tuesday.

"These are matters of profound importance."

The appeals for all three convictions are expected to hinge on whether Ms Gobbo contaminated the cases against Mr Mokbel due to her work as a registered police informer at the time she represented him.

All three convictions have already been subjected to scrutiny by the Royal Commission into the Management of Police Informants, which found they were potentially contaminated as a result of misconduct by Ms Gobbo and Victoria Police.

Ms Gobbo has long maintained that bringing down Tony Mokbel and his extensive criminal network was her primary motivation when she began providing information to police.

The royal commission found Ms Gobbo provided police with information about his contact details, addresses, finances, who among his associates would likely turn against him, as well as assessments about his defence strategies and likely legal manoeuvres.

When he fled the country, Ms Gobbo gave police tips on searching for him and passed on information about Mokbel’s plans to resist extradition.

"The criminal justice system could not function if lawyers took on the role of deciding if clients deserved to be informed on to police, in breach of their professional obligations to those clients and the administration of justice," Commissioner McMurdo found.

The conviction in Operation Orbital also hinged on the testimony of a former Mokbel associate-turned-witness known as Mr Cooper who received at least $10,000 in secret payments from Victoria Police during the period when he provided testimony. That discovery has already led to the exoneration of another former Mokbel associate, Zlate Cvetanovski.

The DPP and Victoria Police are expected to argue that Ms Gobbo had no substantive role in the Orbital, Quills and Magnum investigations despite her claims to the contrary.

The Court of Appeal heard that at the centre of the dispute over her involvement are three Informer Contact Reports (ICRs) that were open to interpretation and a finding of fact about their content may need to be decided by the ruling of a judge.

Ms Gobbo has also personally taken credit for providing information that led to Mokbel’s capture, a claim that is hotly disputed by police involved.

Detective Sergeant Jim Coghlan, who spearheaded the joint Purana and AFP operation that found Mokbel in Greece, has previously provided a sworn statement to the royal commission disavowing any involvement by Ms Gobbo in Operation Magnum.

“I am aware that Ms Gobbo has claimed that information that she provided led to the arrest of Tony Mokbel. This is not true,” he wrote.

Internal police documents tendered to the royal commission indicate that while Ms Gobbo may have provided information about her client, Victoria Police believe it was not passed on to investigators or used during his extradition from Greece or during the prosecutions.

“[Gobbo] has most likely breached [legal professional privilege] by passing on defence strategies to [the Source Development Unit] however this information was not passed on by the SDU,” a 2014 memo said.

Police sources have previously told The Age that if Mokbel’s convictions were quashed, plans were underway to bring fresh charges against Mokbel from other investigations that were dropped as a part of his original plea agreement in 2012.

Mokbel skipped the country in March 2006 days before he was supposed to go back into custody to await the jury's verdict on the cocaine importation charges.

He was convicted in his absence to a nine-year minimum sentence with a 12-year maximum for importing three kilograms of cocaine in candles from Mexico before he was arrested in Greece and extradited back to Australia in May 2008.

He was then sentenced to a maximum 30 years in prison in 2012 after pleading guilty to three charges of large-scale drug trafficking arising from the Orbital, Magnum and Quills operations.

At the end of each day, we’ll send you the most important breaking news headlines, evening entertainment ideas and a long read to enjoy.  Sign up to The Sydney Morning Herald’s newsletter here, The Age’s here, Brisbane Times’ here, and WAtoday’s here.