Police close investigation into deaths of British family at Costa del Sol hotel pool, saying it was a freak accident and the pump was not faulty

Spanish police probing the deaths of a British pastor and his two children in a pool at a resort on the Costa Del Sol have closed the investigation.

Gabriel Diya, 52, his daughter Comfort, nine, and his son Praise-Emmanuel, 16, drowned on Christmas Eve at the Club La Costa World in Fuengirola.

A police spokesman described it as a freak accident and put their deaths down to a lack of swimming ability.

But Gabriel Diya’s wife, Olubunmi, wants the investigation to continue and is ‘not satisfied’ their deaths were a ‘simple accident’.

She previously said in a statement all three victims could swim and she could seek further investigations, her lawyer has said.

Mrs Diya, from Charlton, south east London, also claimed ‘something was wrong’ with the Spanish hotel pool after her little girl’s swim cap was found in the pool pump by police divers. 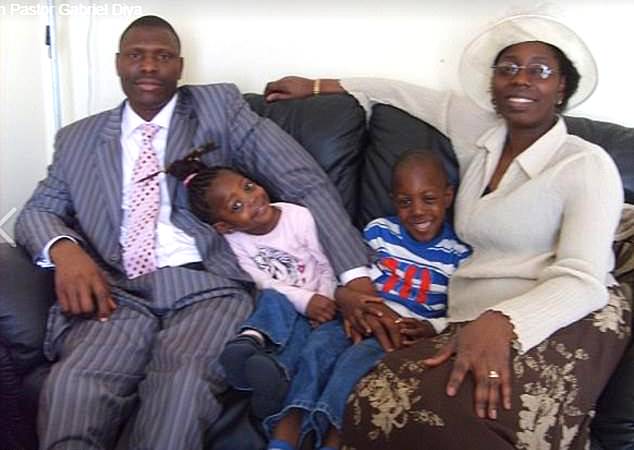 Gabriel Diya with his 14-year-old daughter Favour (pictured second left with her brother Praise-Emmanuel who died alongside their father). Pictured (right) is his wife, Olubnmi 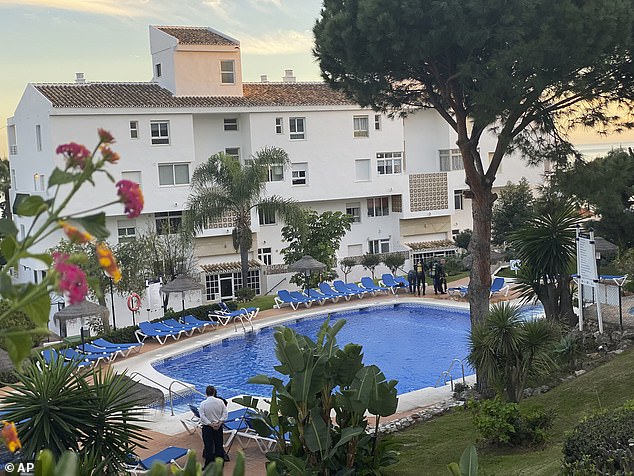 Civil guard divers (right) working at the side of a swimming pool at the Club La Costa World holiday resort near Malaga, Spain, on December 24 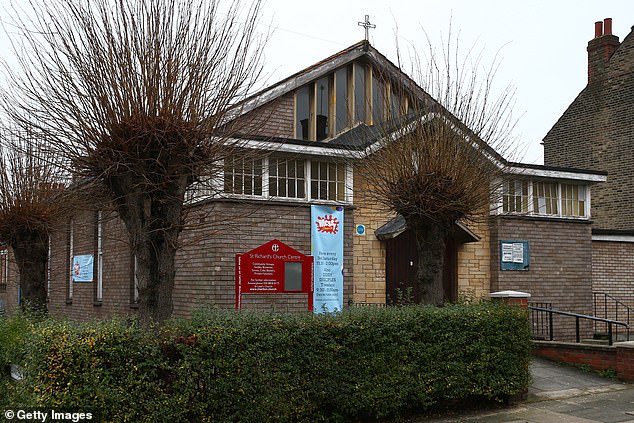 But today Spanish police handed the conclusions of their initial report to a magistrate and the findings will later be made public, according to the BBC.

Javier Toro, a lawyer acting for Mrs Diya, said different engineers could be brought in for a ‘parallel investigation’ after police said their own findings point to the incident being a ‘tragic accident’.

Hotel operator CLC World Resorts and Hotels has said Mrs Diya’s claims are ‘directly at odds with the findings of the police report’.

In a statement it stressed police findings made it ‘clear that their exhaustive investigations have confirmed the pool was working normally and there was no malfunction of any kind’.

An English translation of a Guardia Civil statement, released by the hotel operator yesterday, stated that tests had found ‘no irregularity’ in the pool’s system.

It said investigations indicated the accident was ’caused by the lack of expertise of the victims when swimming’.

But Mr Toro was quoted by the BBC as saying: ‘It’s very rare for three people to die in the centre of a swimming pool – especially in the case of a tall, hefty man. 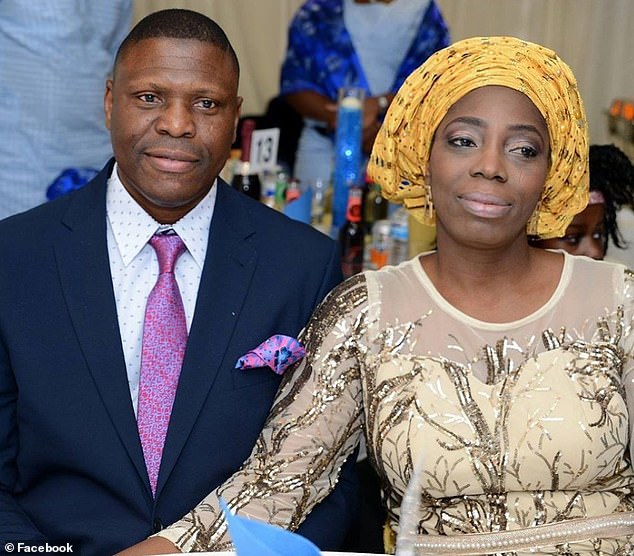 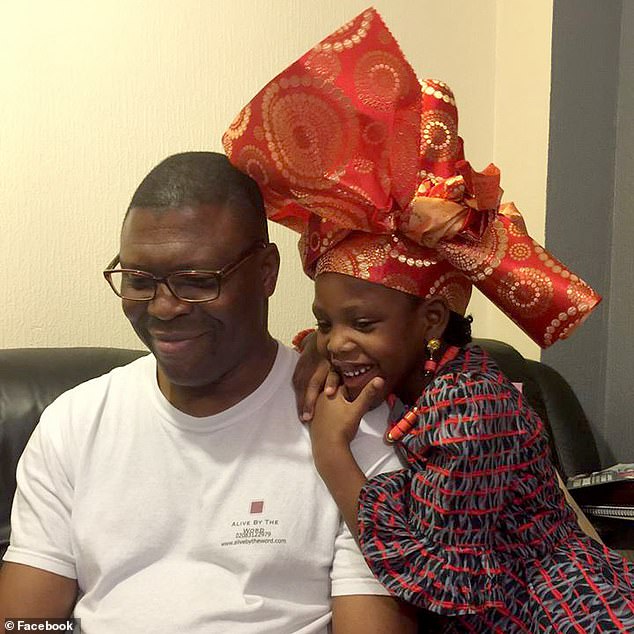 Comfort, nine, (pictured above with her father in 2016) had been playing in the pool with sister Favour when she slipped and drifted towards the deep end, which was six-and-a-half-foot deep

‘Something must have happened apart from a simple error or simple accident.’

He said the family is ‘not satisfied with the interpretation of it being a simple accident’.

‘Clearly the death of three people at the same time in a pool makes it evident that something very strange happened. It’s an event that must be studied,’ he said.

‘We do not discard the option of opening a parallel investigation through different engineers… to figure out what happened’.

According to the BBC, Mr Toro said the family hoped to be given the detailed police report on the deaths next week.

Mrs Diya, 49, and younger daughter Favour Diya, 14, were also on the holiday but were unharmed.

The ‘utterly heartbroken’ Mrs Diya has said her loved ones, who were reportedly on holiday with another unharmed daughter, were not left unattended and were somehow ‘dragged into the middle’ of the pool.

They followed the instructions displayed by the poolside at all times, she said. 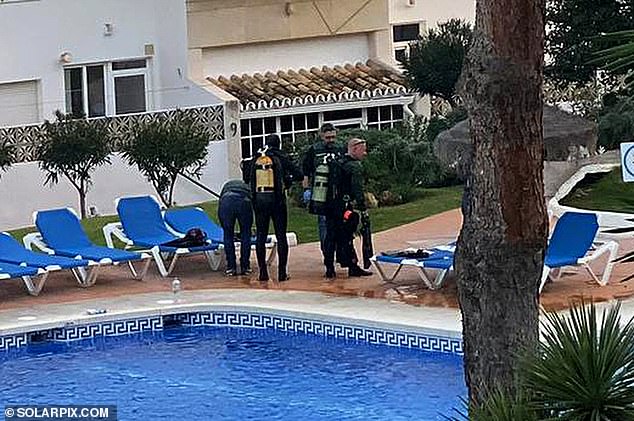 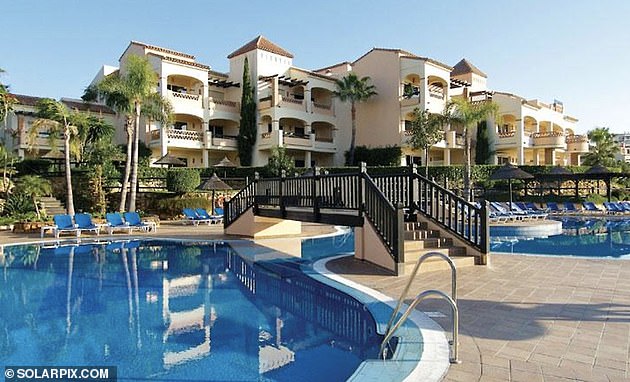 An English translation of a Guardia Civil statement, released by the hotel operator, stated that tests had found ‘no irregularity’ in the pool’s (pictured) system

Comfort had been playing in the pool with sister Favour when she slipped and drifted towards the deep end, which was six-and-a-half-foot deep.

Mr Diya’s Facebook account lists him as a pastor at Open Heavens London, a Christian religious group with origins in Nigeria, based in Charlton, south-east London.

It is part of the Redeemed Christian Church of God and worships at the St Richard’s Church Centre in Charlton.

Around five well-wishers arrived at the centre in the hope of paying their respects to the Diya family on Sunday morning, but left after it appeared no service would be taking place.

Outside the nearby family home yesterday, where flowers and cards were left by the front door, friends and family paid tribute to the victims. 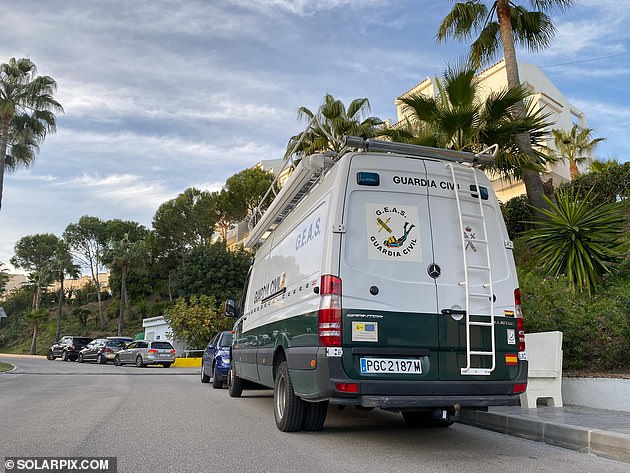 Mrs Diya’s childhood friend from Nigeria, Elizabeth Moses-Mullard, 47, from the Heathrow area, said they had exchanged messages since the incident.

‘I can only keep my thoughts and prayers with her.’

She said she felt ‘upset and angry’ over the investigation into the incident so far, adding: ‘I want an independent investigation conducted and justice for my friend and her family.’

Mrs Diya’s tearful cousin, Doyin Akintokun, said she had only heard of the incident on Saturday.

She added: ‘Thinking about it, how can this happen?’

Ms Akintokun called for a ‘good investigation’ to ‘get to the route’ of what happened in the incident.

‘The damage is done, nothing can bring this family back,’ she said.