Supporters joined the "Freedom Rally" in Mossyrock, Washington, after the mayor refused to enforce coronavirus restrictions due to "the Constitutional rights of small town America." 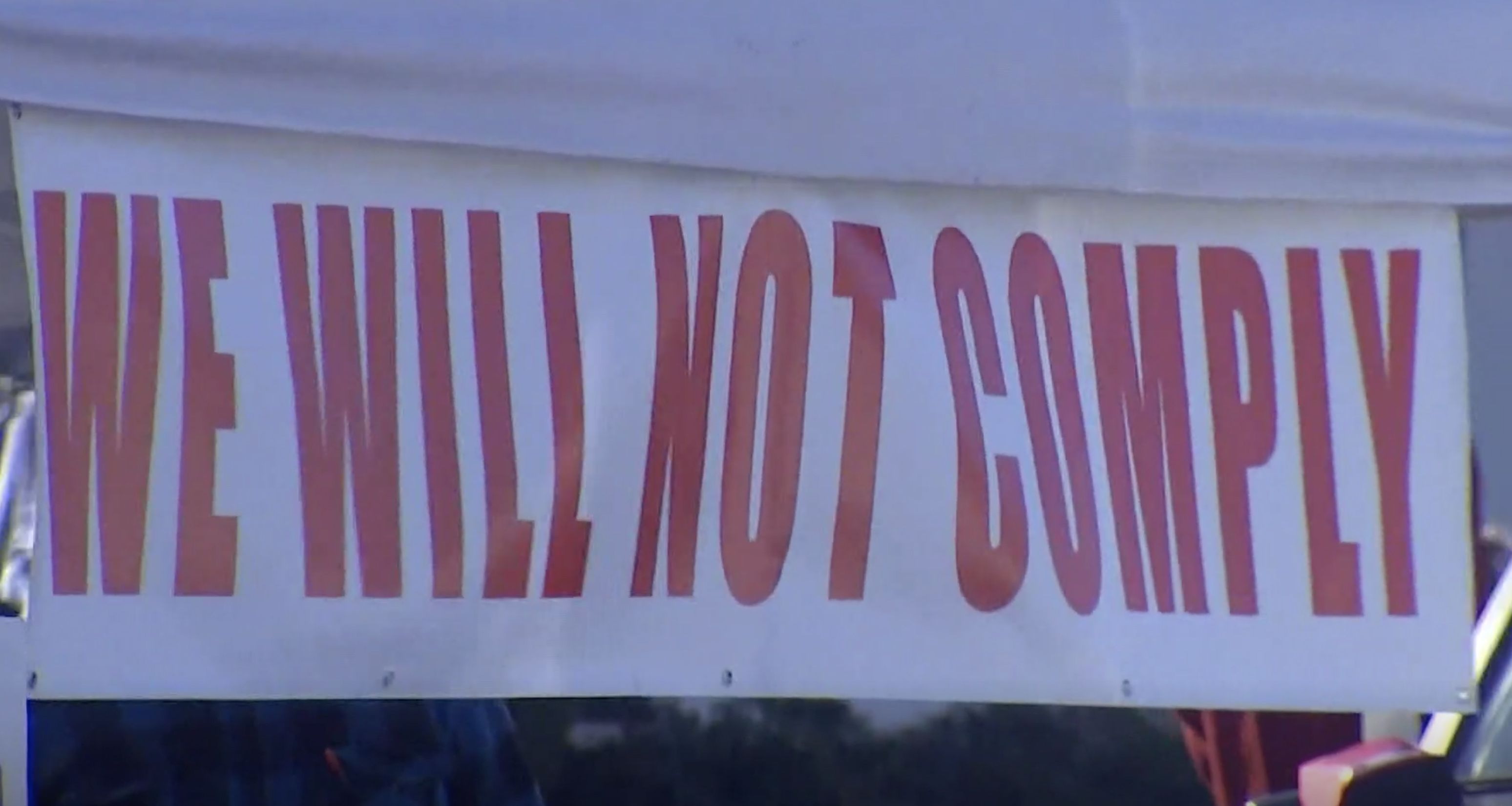 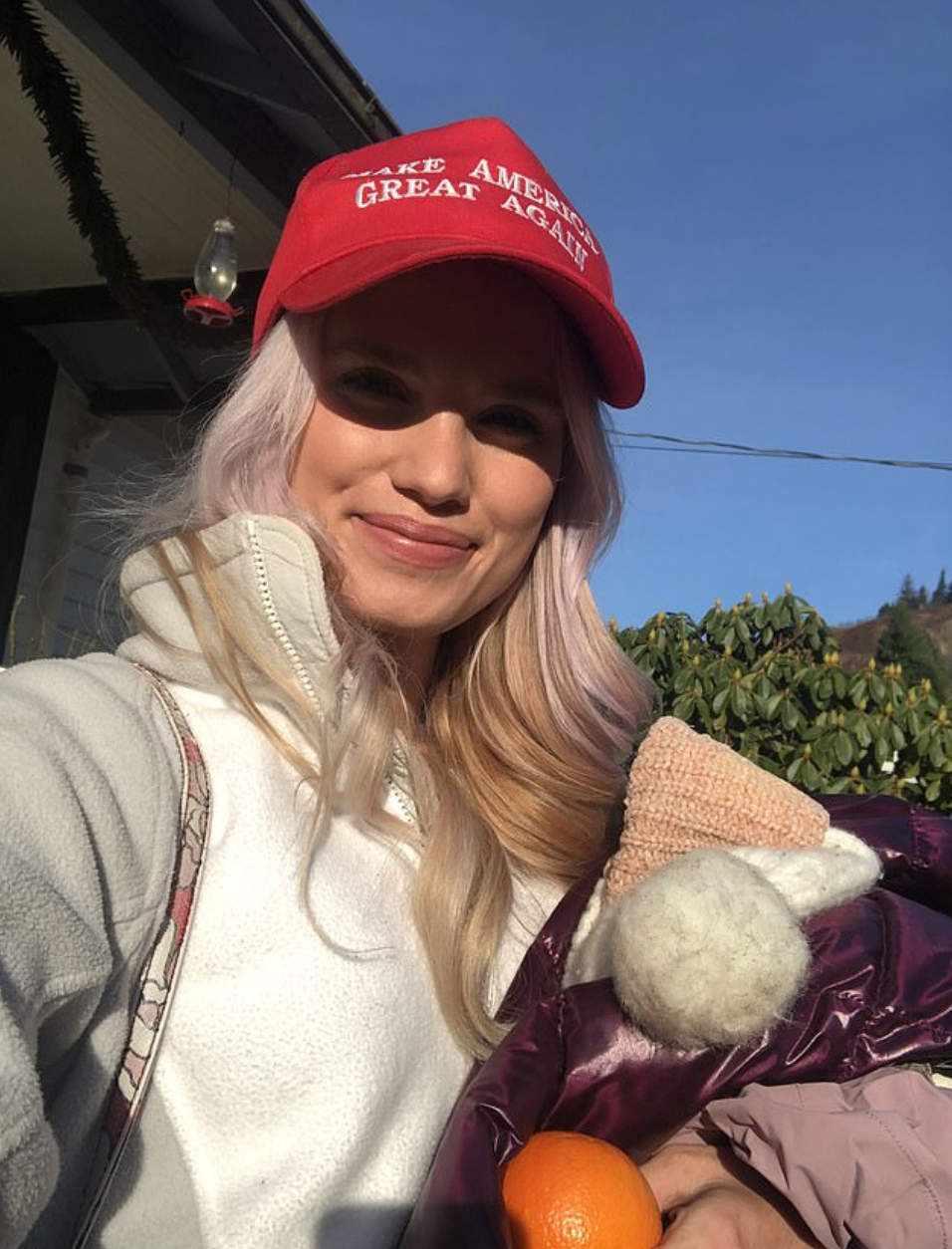 Many attendees were seen not wearing masks, waving flags and chanting against "government oppression."

Protesters were also encouraged to dine in local restaurants, which appeared to be packed.

Last month, the small town voted to ignore Washington state restrictions to halt the spread of the virus. 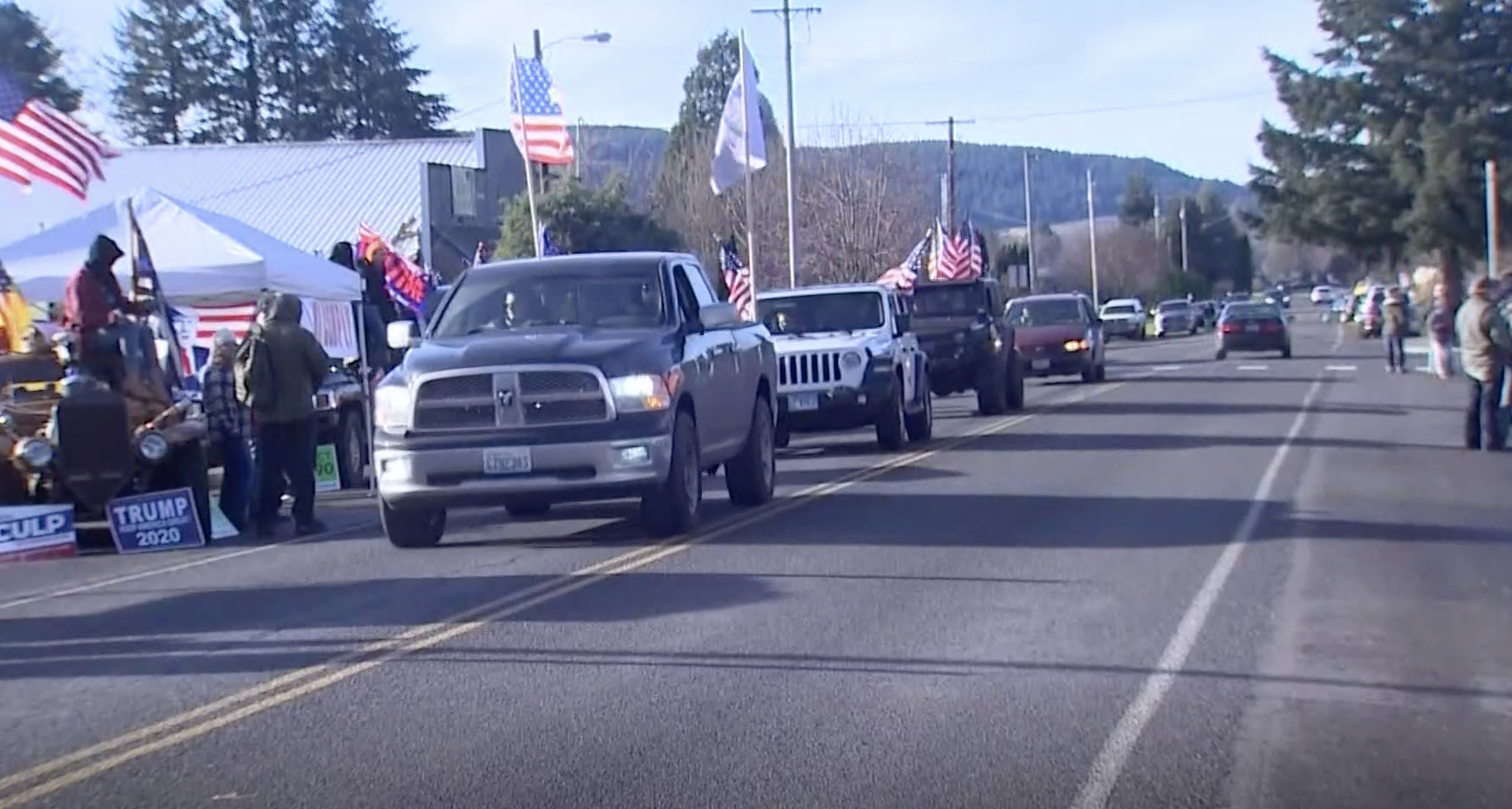 The limitations apply to all counties until January 4, with those that don't comply facing fines in the thousands.

Sasser claimed that officials refused to give him data about the total number of coronavirus cases in the 800-people town.

"They have issued the numbers by commissioner’s district, but not by zip code. 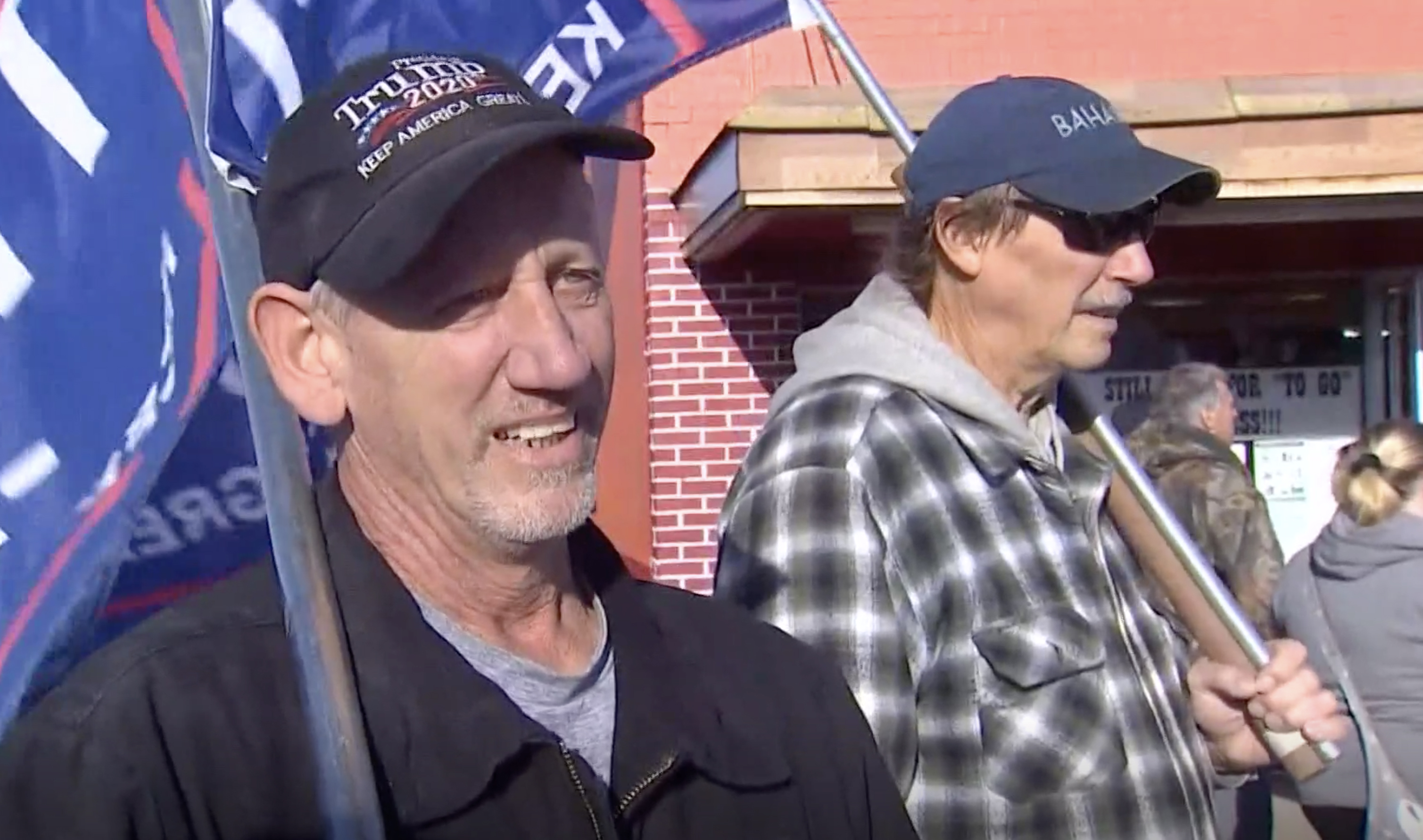 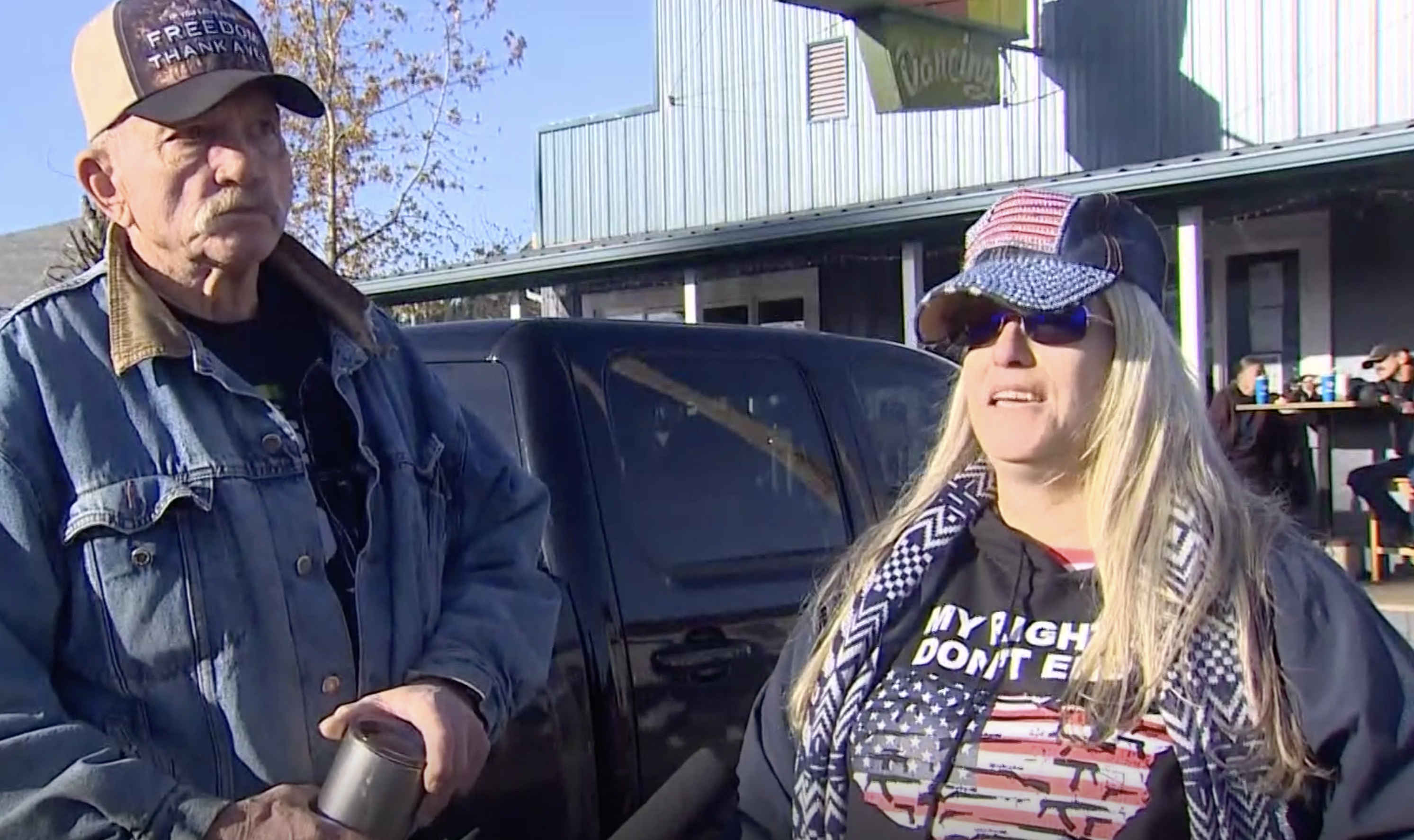 "And currently in Mossyrock, in our 98564 zip code, there is no information that states that there is any cases whatsoever within our zip code of COVID, or any deaths related to it," he told KIRO radio.

The mayor said that the town welcomed Saturday's protest.

However, it was not organized by the town – but instead by far-right group Patriot Prayer.

The event was set up following Sasser's vote against restrictions, King5.com reported.

Organizer Joey Gibson said: "The enemy is the government, the people at the top, who are literally trying to put their boots on our necks."

Sasser told the Daily Mail that the event was peaceful and that the town was "asserting our Constitutional rights as a quaint little town with very few confirmed cases."

"The governor has over-stepped his powers and has no right to shut down our livelihoods," he continued.

"Everybody has the right to wear or not wear a mask. It comes back to our Constitutional rights to be able to do what we want to do and protect the rights of small town America."

However, there has been no confirmed amount of cases or deaths in the town of Mossyrock.