Prince Harry said he held onto hope for years that his mother, Diana, the Princess of Wales, may have somehow survived the fatal 1997 car crash in Paris until he went and visited the site of the collision himself.

Harry said in an interview with CBS’ “60 Minutes” aired on Jan. 8 that when he traveled to Paris for the first time when he was 23 years old, he asked his driver to take him to the Pont de l’Alma tunnel, where the crash occurred.

“I wanted to see whether it was possible driving at the speed that Henri Paul was driving that you could lose control of a car and plow into a pillar killing almost everybody in that car,” Harry told “60 Minutes” correspondent Anderson Cooper. “I need to take this journey. I need to ride the same route — all of it.”

Harry said he and his brother, Prince William, now the Prince of Wales, had been told the events of the night of Aug. 31, 1997, had been like a “bicycle chain.”

“If you remove one of those chains, the end result would not have happened,” Harry recalled people telling him. “And the paparazzi chasing was part of that. But yet, everybody got away with it.”

Harry, 38, said he didn’t cry over his mother’s death for many years because he did not fully believe she had died in the crash.

“For a long time, I just refused to accept that she was gone,” Harry said. “You know, she would never do this to us, but also, maybe this is all part of a plan.”

Cooper clarified and asked if Harry believed he thought his mother had “just decided to disappear for a time?”

“For a time, and then that she would call us and that we would go and join her, yeah,” Harry replied. 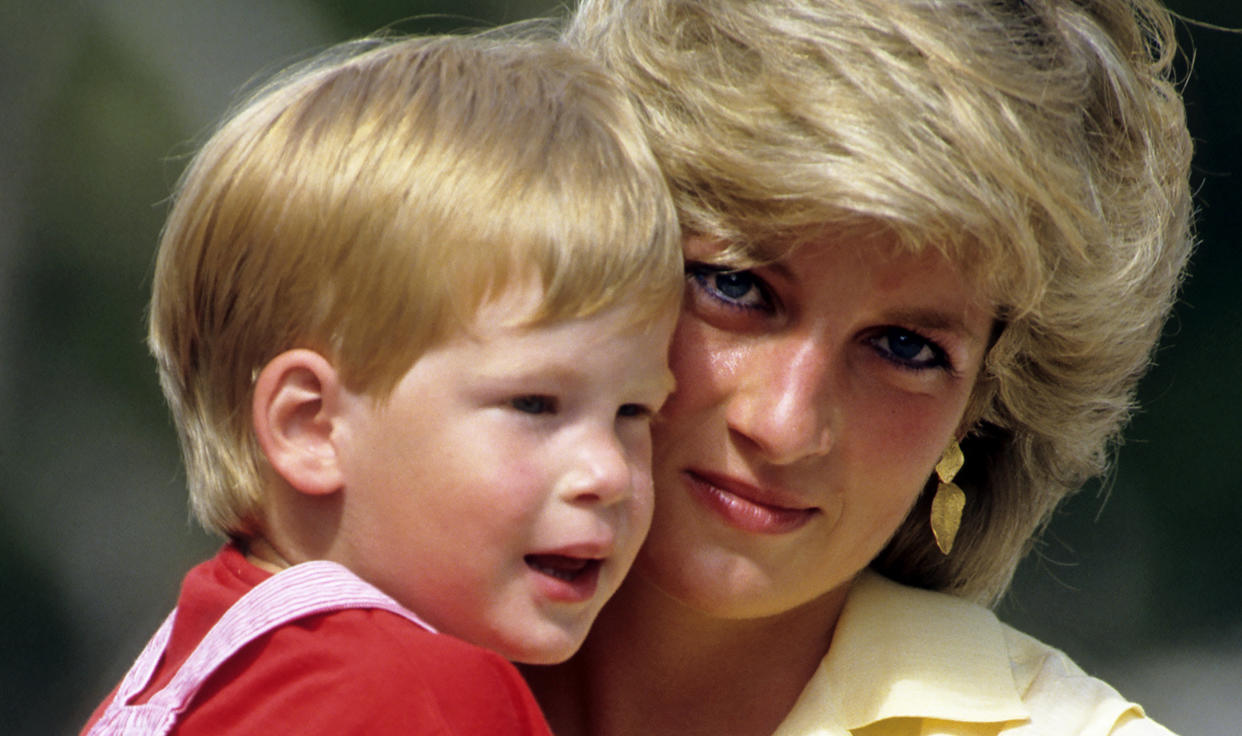 The Duke of Sussex added he and William talked about this hope for “many, many years,” and that his brother had similar thoughts.

When Harry was 20, he asked to see the police report about the crash that killed his mother, her boyfriend Dodi al-Fayed and their driver, Henri Paul. Harry told Cooper he was looking for “proof.”

Harry said he only saw some of the photos from the crash scene, and that his private secretary and advisor cautioned him against looking at all of them.

“All I saw was the back of my mum’s head, slumped on the back seat,” Harry said. “There were other more gruesome photographs, but I will be eternally grateful to him for denying me the ability to inflict pain on myself by seeing that. Because that’s the kinda stuff that sticks in your mind forever.”

“Spare” releases on Jan. 10, and contains bombshell allegations including that William physically attacked his sibling during an argument in 2019, according to a Spanish-language copy of the book obtained by NBC News.

Buckingham Palace and Kensington Palace, which represents the Prince and Princess of Wales, declined to comment on the allegations in Harry’s book.

This article was originally published on TODAY.com