Prince Andrew could be stripped of his armed police protection after he was forced to stand down from royal duties after the Jeffrey Epstein scandal.

The Home Office is set to recommend a downgrade of his security amid concerns of the costs involved of round the clock bodyguards.

Sources say bosses ‘cannot write a blank cheque for anyone who does not have a public role in the foreseeable future’ after the Duke of York announced he was stepping down in November.

He was effectively ordered to quit royal duties following his disastrous BBC Newsnight interview over his links to the the late paedophile financier Epstein.

The Evening Standard reports that Scotland Yard has completed a thorough review of his royal protection and ‘conclusions have been reached and recommendations made.’ 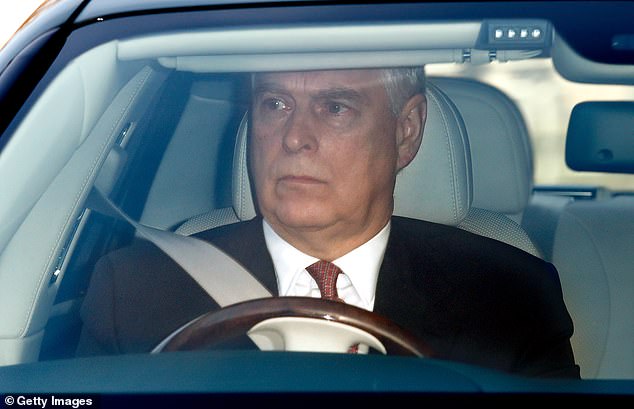 The recommendations comes as the cost of royal security was thrust into the spotlight after Prince Harry and Meghan Markle announced they were stepping down as senior royals which sparked questions over who would pay for their security detail.

A source told the Standard: ‘A review was ordered into the Met’s protection of HRH The Duke of York once it was announced he was stepping down from royal duties in November.

‘Those in charge of royal security cannot write a blank cheque for anyone who does not have a public role for the foreseeable future. 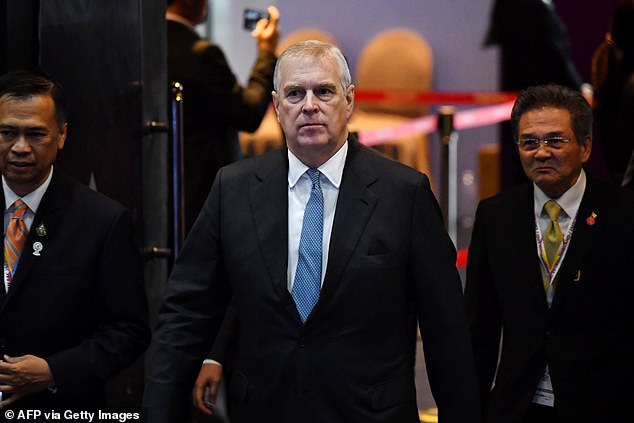 The Evening Standard reports that Scotland Yard has completed a thorough review of Prince Andrew’s royal protection and ‘conclusions have been reached and recommendations made.’

‘Round-the-clock armed protection is very expensive. The Met is obliged to review the position to ensure it is justified.’

Andrew now faces the prospect of having no bodyguards or having to pay for them himself.

The cost of protecting the royal family is not made public but is estimated to be £100 million a year.

It is understood that taxpayers spent more than £250,000 on Andrew’s security teams’ travel expenses

Prime Minister Justin Trudeau’s private assurances to the Queen, revealed by the Standard, that his government would cover the costs of protecting Harry, Meghan and Archie while they lived there.

It emerged earlier this week that flight costs for royal protection officers soared by more than £1million after Meghan Markle and Prince Harry got married, figures show.

The cost of hotel stays has also increased from £1.12 million in 2016-17 to more than £2 million in 2017-18, amid fears from senior officers that the security bill is ‘spiralling out of control.’

The taxpayer funded budget for Met Police protection officers is expected to rise even further when the Duke and Duchess of Sussex, who married in May 2018, split their time between North America and the UK.

Documents seen by The Times show Scotland Yard is already struggling to train enough specialist officers to cope with increasing demands to provide security for the royal family.

A Home Office spokesman said: ‘We do not comment on individual security arrangements.’